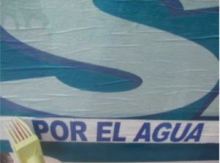 On 9 October, the people of Uruguay celebrated the tenth anniversary of the victorious referendum in defence of water that forced a change to the constitution. Amendments to the constitution recognised water as a basic human right and made it impossible to privatise water resources and services.

To celebrate the tenth anniversary of the referendum, assess the current situation regarding the protection of water and the environment and discuss how to strengthen participatory management of water basins, the National Commission for the Defence of Water and Life (CNDAV), which was responsible for the historic victory in 2004, organized a round table in Montevideo on 9 October entitled Ten Years After Constitutional Reform in Defence of Water. 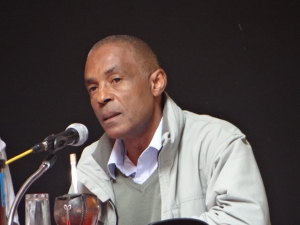 Participants at the round-table were Oscar Rodríguez, Public Services International (PSI); Francisco Beltrame, Minister of the Environment; Dr Marcel Achkar, researcher at the Faculty of Sciences and a member of REDES-Friends of the Earth and the Sustainable Uruguay Programme; Carlos Sosa, representing the union of workers at the state-owned water company OSE and the agronomist, Anahit Aharonian, representing the CNDAV.

The round table was held at the offices of the union centre PIT CNT (Jackson 1283, Montevideo) and was also sponsored by the federation of OSE workers, FFOSE, which is affiliated to the PSI, REDES-Friends of the Earth and the Sustainable Uruguay Programme.

On the issue of water, we would like to draw your attention to a recent audio-visual production by Redes-Friends of the Earth: The Human Right to Water, which can be seen at: [http://vimeo.com/84956178]