World Bank plan to mobilize “trillions” will not help the poor 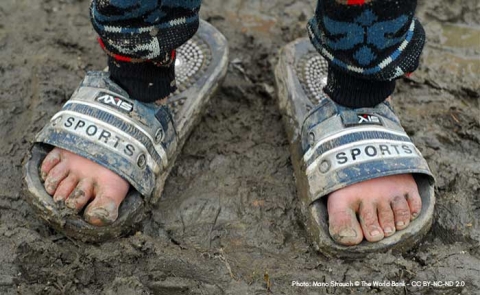 Global Spotlight Report says that the proposed “cascade” of private financing for infrastructure will result in more corruption, high fees for essential services, and massive resource transfers to the rich from the poor.

New York, 11 July 2017: The “leave no one behind” slogan and the proposition to increase funding “from billions to trillions” made by the development banks and the International Monetary Fund are the two policy messages most commonly heard at the debate around the Sustainable Development Goals (SDGs) that started yesterday at the United Nations. “You cannot have both at the same time” commented Roberto Bissio, coordinator of Social Watch, summarizing the analysis of the first SDG by the global Spotlight report, the major comprehensive independent assessment of the SDGs launched here yesterday.

“Leaving no one behind” is frequently associated with the first target of the first SDG: to eradicate extreme poverty (meaning daily income below USD 1.90) by 2030. This poverty benchmark is so low that the target is quite modest and yet budget constraints derived from austerity policies make it impossible to reach in most countries. Instead of suggesting a policy change, many leaders want to “leverage” private monies for the public good and the World Bank envisages a “cascade” of Public-Private Partnerships (PPPs), a financing formula originally designed for infrastructure (as in privatized toll roads) that is being extended to the health and education sectors.

This model actually “involves disproportionate risks and costs for people and the public purse”, claims the Spotlight report, launched earlier this week in New York by a global coalition of civil society organizations and trade unions.

While governments at the High-Level Political Forum of the UN review the implementation of SDG 1 (on poverty eradication) today, most of the country reports produced by Social Watch national coalitions from around the world show examples of failed PPPs that resulted in delays, bad quality services, higher costs for the public and were very frequently associated with corruption. The Brazilian construction firm Odebrecht, whose CEO and other chief executives are now in jail and paid a fine of 2.6 billion dollars to the US, Switzerland and Brazil, had its expansion across borders funded by pubic development banks and was hailed as a “model” by the International Financial Corporation (the private sector arm of the World Bank) for its expansion of the PPP formula into education.

Instead of helping countries to fight tax evasion and mobilize domestic resources for social protection, World Bank president Jim Yong Kim wants “to find a way for a pension fund in the United Kingdom to be able to invest in building roads in Dar es Salaam, get a reasonable return on that investment, and do a lot of good in the process.”
The Spotlight Report concludes that this push to mobilize “trillions” is actually motivated by the needs of investment funds (including pension funds) in developed countries that face very low or even negative interest rates at home and not by the needs of people living in poverty, that will end up paying more.