Tax evasion and avoidance hinders efforts to improve the lives of women and girls in Peru, says a PSI report 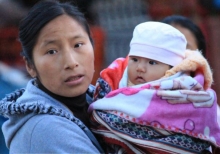 A report launched on Public Service Day, 23 June, concludes it would have been possible to double the budget allocated to social services with the amount lost to tax evasion and avoidance in Peru between 2006 and 2016. This would have increased the chances of improving the quality of life and development options for women and girls.

The conclusions of the report, launched on Public Service Day, 23 June, state:

“Taxation is the most important source of revenue enabling the state to fulfil its role and is the crucial component of public finances. Tax evasion and avoidance therefore significantly reduce the country’s development potential”. 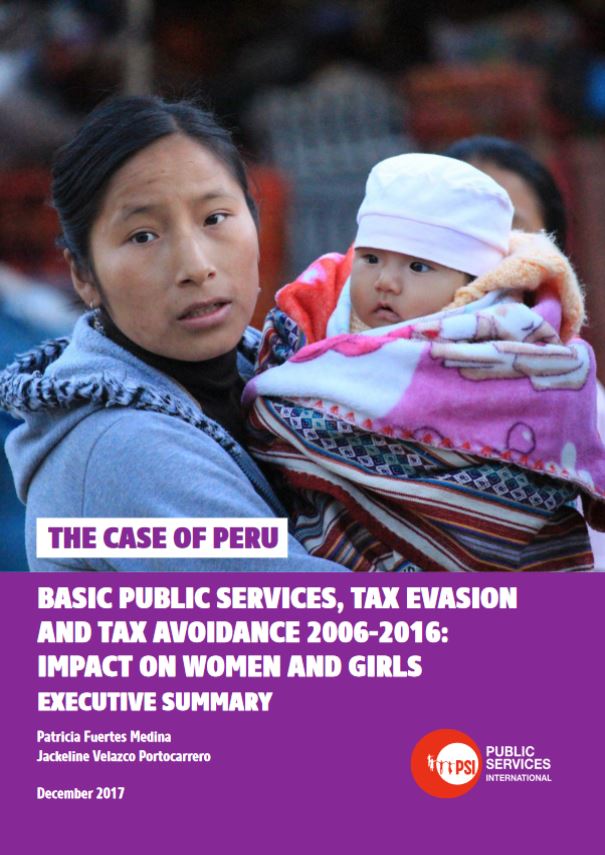 According to the report, written by Patricia Fuertes Medina and Jackeline Velazco Portocarrero, “there is a direct relationship between the revenue collected through taxation and the allocation of public money to basic services”. Another conclusion drawn by this case study of Peru in the period 2006-2016 is that higher tax revenues would allow an increase in public spending, including expenditure on social services.

The report says that the amount of unpaid tax in the period under review varied between 46.1% and 57.3% in the case of income tax and between 29.2% and 40.2% for VAT. This reflects the ineffectiveness of the authorities’ attempts to reduce tax evasion and avoidance. This state of affairs limits the availability of funds for the national budget and therefore for basic public services.

It would have been possible to double the budget allocated to social services with the amount lost to tax evasion and avoidance in Peru between 2006 and 2016 and, in this way, increase the chances of improving the quality of life and development options for women and girls.

An interesting feature of the Peru situation is that there was in fact an increase in spending on basic social public services. This was a result of government policy and helped by a long period of economic growth. However, what has been absent from policy and what poses a challenge in the coming years is to orient the management of social services and programmes towards achieving gender equality. In other words, policy should seek to reduce gender gaps.

Another task that remains to be tackled is to increase the funds allocated to extending essential services to improve the lives of women and girls who are currently marginalised : services to improve social care, promote employment, improve justice, protect vulnerable groups and prevent adolescent pregnancies. Because low expenditure combined with the failure to orient policy towards achieving gender equality means there is no positive impact on the lives of women and girls.

For example, the persistence and increase in the incidence of adolescent pregnancies in the period correlates with reduced spending on prevention, treatment and such strategic activities and services as comprehensive sex education in Peruvian schools.