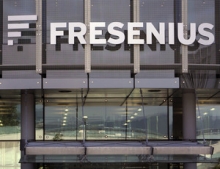 In parallel with Fresenius’ annual general meetings of shareholders, trade unions will launch the Fresenius Global Union Alliance on 16 and 17 May in Frankfurt/Main, Germany. Unions demand that the healthcare giant negotiates a Global Agreement to secure workers' rights in all its operations.

More than 50 workers and union representatives from Europe, North and South America and Asia will converge on 16 and 17 May in Frankfurt/Main, Germany – in parallel with Fresenius’ annual general meeting of shareholders. Fresenius directly employs around 280,000 workers in 100 countries.

The unions will launch the first international union network for a multinational healthcare corporation. Their aim is to negotiate a Global Framework Agreement with Fresenius to ensure that it respects fundamental rights of all employees in its operations worldwide. The 21 participating unions in the coalition are, in part, reacting to anti-trade union practices by Fresenius especially in the United States, Peru and South Korea.

“On 16 and 17 May, not only are Fresenius’ shareholders converging in Frankfurt, but also workers and unions from around the globe. We demand an improved social dialogue between Fresenius and its workforce —including negotiating a global framework agreement on trade union rights,” says Alke Boessiger, Deputy General Secretary of UNI Global Union. “The company must ensure that employees have the right to organize a union without fear and intimidation.”

David Boys, Deputy General Secretary of PSI, points out that the German health company is accused of serious labour rights violations in a number of countries. “The company must take comprehensive measures to guarantee that it upholds the human rights of workers” demands Boys. “A company which has grown so quickly needs strong due diligence mechanisms to ensure that it meets its commitments to the health and finance regulators, to the tax departments, and mostly to the patients. Our global coalition will strengthen solidarity between Fresenius workers to hold the company accountable.”

According to the unions, Fresenius has not always followed these labour standards. For example, in dialysis clinics of Fresenius Medical Care in the United States, union activists report a long, bruising anti-union campaign to stop workers from organizing to gain collective representation.

Samantha Anderson, an RWDSU member and Fresenius worker in Alabama since 2006, reports: “We began this fight because we have seen a downward trend in our workplace and felt that no one was listening. Fresenius needs to respect our desires to organize a union and gain a collective voice to ensure that our patients lives and those that care for those patients are the top priority for Fresenius going forward.”

Another U.S. Fresenius employee, Emerson Padua, who has worked for 19 years at Fresenius in California and is a leader on the SEIU-UHW Organizing Committee said: “We should be allowed to decide about our union without management’s scare tactics and union-busting. All we want is a union and a voice to improve our standard of living and the quality of care for our patients.”

Sylvia Bühler, member of the federal board of the German service workers union ver.di clarifies: “The right to organize unions to improve pay and working conditions is a universal human right. It is disgraceful that the German health company Fresenius stops workers from using their fundamental rights to union representation.” Bühler continues, “ver.di together with the members of the works councils will stand with every demand for a global framework agreement to secure workers´ rights worldwide.”

Based in Bad Homburg, Fresenius SE & Co. KGaA is a German health care company providing products and services for dialysis, hospitals and clinics for inpatient and outpatient medical care. In addition, the company focuses on hospital management as well as on engineering and services for medical centers and other health care facilities. It has around 280,000 employees in more than 100 countries around the globe. In Germany, Fresenius Helios is the biggest hospital provider with more than 60,000 employees.

This article is also available in German