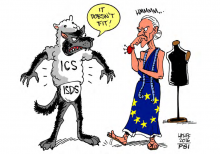 PSI has joined a growing number of voices pointing out that the new wave of so called “trade agreements” no longer have much to do with trade. Rather, these secret agreements create binding laws, away from democratic parliamentary institutions, to give rights to foreign investors and the largest multinational corporations on the planet.

PSI has sent its latest research on the European Commission's new proposal to create an Investors' Court to all MEP’s to ensure that they understand public sector workers concerns with their proposal.

The Investor State Disputes Settlement (ISDS) system whilst not the only troubling aspect of these agreements has become an icon of the shameless extent to which governments have pandered to corporate interests by giving foreign corporations rights that neither local citizens nor local businesses have. Rights which do not exist to protect labour, the environment nor most human rights. 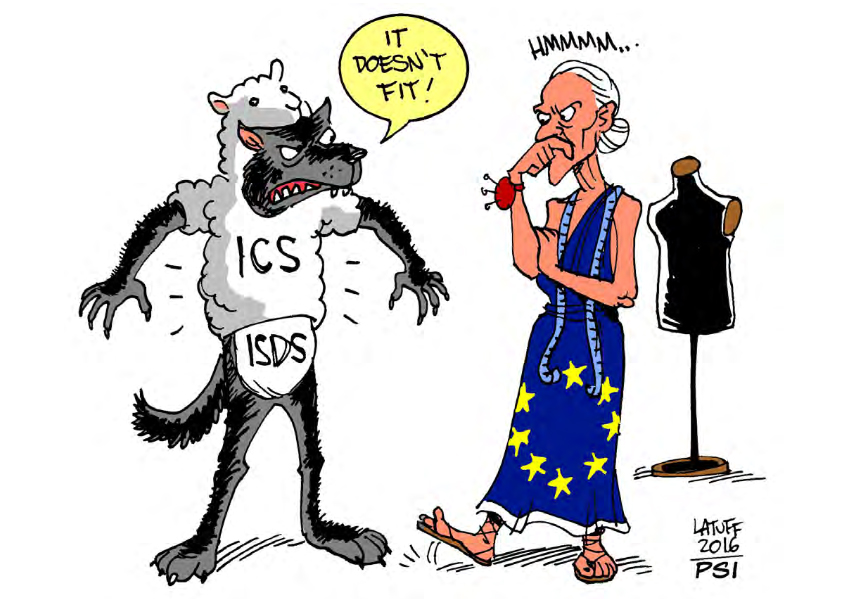 In 2003, the Czech Republic paid a corporation US$354 million, then the equivalent of the country's health budget. Ecuador has just started paying US$ 1.1 billion to a US-based oil company – 90% of its social welfare expenses budget for 2015.

As inequality, austerity and unemployment rise, anger understandably grows with a system that gives 94.5% of known awards to companies with at least US$ 1 billion in annual revenue or to individuals with over US$100 million in net wealth.

It is not surprising that when the European Commission (EC) opened its public consultation on ISDS, a record 150,000 people responded with over 97% rejecting these corporate privileges.

In the words of EU trade chief, Cecilia Malmström, ISDS had become “the most toxic acronym in Europe”. In an attempt to diffuse this unprecedented response, the EC released its new proposed Investment Court System in late 2015 - thus creating a new acronym (ICS).

The ICS has removed some of the worst excesses of ISDS. However, as this analysis reveals, it still leaves Europe desperately vulnerable to foreign corporate attacks. Currently only 1% of US-based investment is covered. ICS in the Trans-Atlantic Trade and Investment Partnership (TTIP) would increase this exposure from 1% to 100% - enabling a flood of legal cases against European governments.  The inclusion of the ICS in the EU trade agreement with Canada (CETA) would expose European countries to corporate attacks from the 80% of USA multinationals who have a commercial presence in Canada. A massive increase from the current 1%.

The EU is promoting the ICS proposal as a new global standard. There is, however, no body of evidence that shows that investment courts create economic growth, particularly in developing countries. But they often harm fragile governments and undermine the development of independent legal systems in countries most in need.

This study shows that ICS is not judicially independent nor would it protect governments from having to pay compensation to corporations for making lawful, non-discriminatory laws to protect workers, health or the environment. Worryingly, collective bargaining agreements amongst social partners could become the target of law suits.