The PSI Executive Board (EB) 153 met on 14-15 November 2018 – the first regular Executive Board meeting since PSI World Congress, in November 2017 in Geneva. After voicing strong concerns about the rise of right wing populism around the world, the meeting heard a full report of global and regional activities, decided on further priorities and activities and welcomed 21 new affiliates.

The Board voiced strong concerns about the rise of right wing populism including the actions of Donald Trump in the USA and the election of Jair Bolsonaro in Brazil. The Board passed an emergency resolution expressing solidarity with Brazilian workers and trade unions, women and the many other minority groups confronting the rhetoric and actions of intolerance and hate. EB noted the US election including so many women from diverse backgrounds elected to the House of Representatives, a positive sign for the fightback. EB also expressed support for the struggle of the Kurdish workers and undertook to continue monitoring the situation and providing solidarity and assistance where possible. 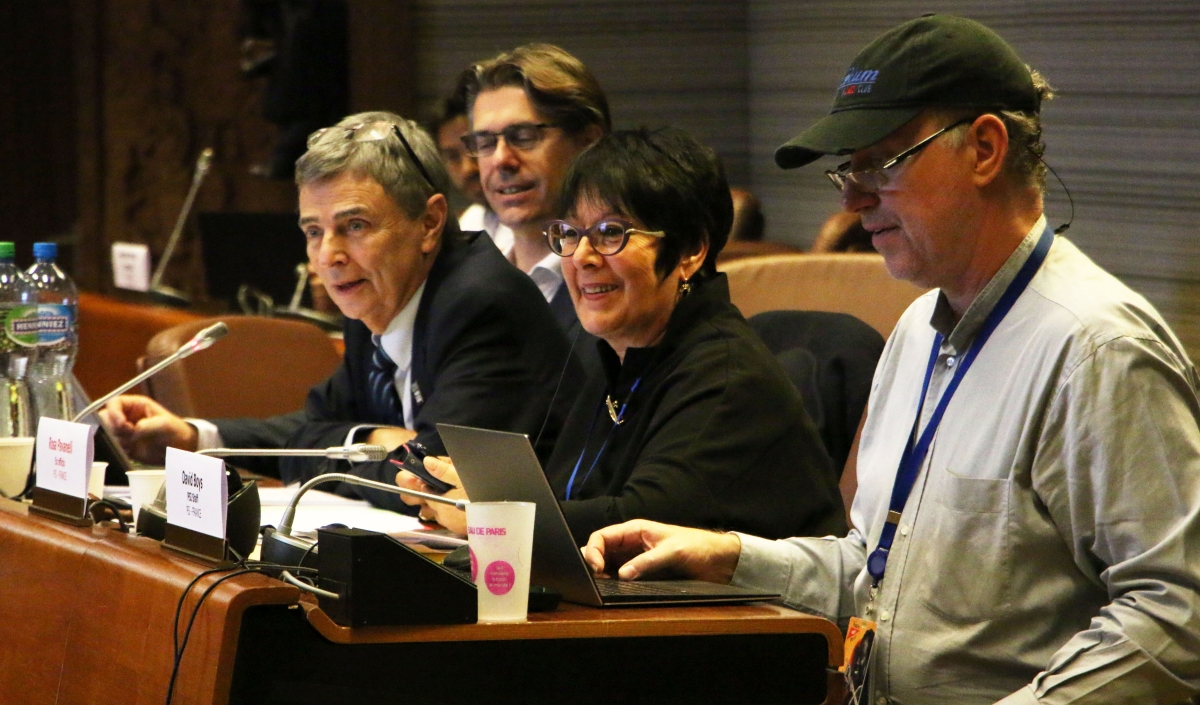 EB-153 noted the success of PSI Congress 2017, received an evaluation of the event and adopted priorities for action over the mandate in the document Putting People Over Profit: PSI’s Priorities for 2018-2022. EB also adopted new constitutional Annexes outlining the process for conducting the elections of regional executive committees under the new constitution adopted by Congress.

The next five years will be an important opportunity for public sector unions to regroup and continue to build the power necessary to create a better world. EB-153 heard updates on PSI’s priority work areas. The Board:

The meeting approved the PSI finance report 2017, as well as the updated budget for 2018. It fare-welled longstanding EB members Isolde Kunkel-Weber, Germany, Noor Shyma Abdul Latiff, Singapore, and John Leirvaag, Norway, and thanked them and Juneia Batista, Brazil, outgoing WOC chair for all their hard work and commitment.

The minutes will be made accessible to all PSI affiliates on the PSI webpage in due course.