Health for All: taking the campaign forward 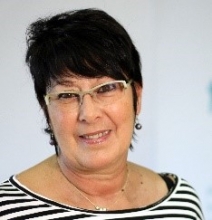 The two months since the publication of the debut edition of the Right to Health have been very encouraging, as you will read in this edition. The bi-monthly newsletter was launched during the PSI Africa and Arab Countries Regional Executive Committee (AFREC) meeting at Lagos, Nigeria in March.

A few days later, PSI affiliates across the world marched in defence of the right to water – which of course is critical for realising universal public health care.

The centrality of the right to health was further stressed by the UN Human Rights Council, which described it as an “enabler right” for the realisation of all other human rights. World Health Day, 7 April, was used by PSI affiliates in countries throughout the world to demand concrete actions by states to ensure health for all. The theme of World Health Day 2017 was the important issue of mental health, with specific reference to the World Health Organization’s campaign:  “Let’s Talk”.

Also in April, the ILO organised a highly successful Tripartite Meeting on Improving Employment and Working Conditions in the Health Services. This was the first time such a meeting was held in almost 30 years. The different social partners had a consensus that achieving universal health coverage is impossible without action to improve the numbers and skills mix of health workers, within a context of decent work.

The struggle to enthrone health for all requires the concerted efforts of all of us and it concerns everybody. The last Ebola epidemic in West Africa is just one example of how the macabre fingers of health challenges could spread well beyond where they emerge due to fragile and weak systems. We want to believe that adequate lessons were learnt from that experience to make policy-makers across the globe make haste in curbing the recently reported fatal spread of the Ebola virus in the Democratic Republic of Congo.

Policy makers at national, regional and international levels of governance have their roles to play. PSI and its affiliates will continue to strive for policy influence on the decision-making processes and mechanisms for public health.

Health is a highly political issue. The world has enough resources to guarantee quality health care for every woman, man and child on this earth and safeguard the health of the Earth as well. The reason why health care and a better life elude so many people is because wealth is concentrated in a few hands, whilst misery is the generalised reality of billions of people. And related to this, policies hinged purely on profit such as privatisation in its different moulds make it impossible for poor people to access quality health.

Another world is possible. A better world where everybody has quality public health care. Winning this world is equally political. Trade unions, civil society organisations, community-based associations and all well-meaning persons have to stand up and be counted in the struggle for universal public health, including wealth re-distribution to finance this. PSI and its affiliates, with our membership of over 20 million working women and men, will continue to take the campaign for these goals forward with our sisters and brothers in the civil society movement.

United and determined, we will win.