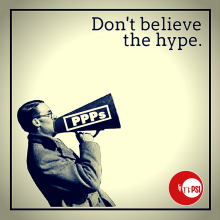 The report comes after a wave of negative press stories, such as the Carillion collapse in the UK, and adds to a growing body of empirical evidence and examples which show that PPPs provide neither the efficiency gains nor cost savings so often promised. The termination of transport PPPs in London resulted in a £1 billion reduction in costs, mainly through the elimination of shareholder dividends and legal fees. In Canada, after the Government decided to build four schools via public provision rather than through PPPs, the savings were enough to build an entire new fifth school.

The ECA Report states that “the PPPs audited suffered from widespread shortcomings and limited benefits, resulting in €1.5 billion of inefficient and ineffective spending. In addition, value for money and transparency were widely undermined in particular by unclear policy and strategy, inadequate analysis, off-balance-sheet recording of PPPs and unbalanced risk-sharing arrangements.”

The auditors recommend that both the Commission and Member States should “not promote more intensive and widespread use of PPPs until the issues identified have been addressed.”

There is growing evidence that failed PPPs are leading to the reversal of privatisations across the world. Last year, Public Services International and Transnational Institute released a report - Reclaiming Public Services - which highlighted at least 835 examples of (re)municipalisation of public services in recent years, involving more than 1,600 cities in 45 countries. The report examines how “these (re)municipalisations generally succeeded in bringing down costs and tariffs, improving conditions for workers and boosting service quality, while ensuring greater transparency and accountability.”

“For decades trade unions, civil society groups and the wider public fought against the failed privatisation agenda. Now that the EU’s very own financial watchdog is clearly saying PPPs are a bad idea, it’s surely time for leaders to take note.”

“PPPs have been promoted under the myth that there isn’t enough money to fund public services via public provision. But the recent astonishing tax leaks such as the Panama and Paradise Papers blow this myth to pieces. This is not a question of resources - this is a question of political will.”

Subscribe to Privatisation Watch, keep up to date with news on the fight against privatisation, available in English, Français or Español.