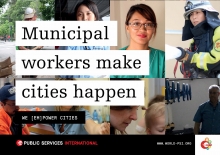 PSI has chosen 31 October – UN “World Cities Day” - to launch a global visual campaign aimed at raising awareness about the work of municipal public service professionals with a view to increasing their visibility and presenting a positive perception of the many essential public services they deliver every day to cities and metropolitan areas. 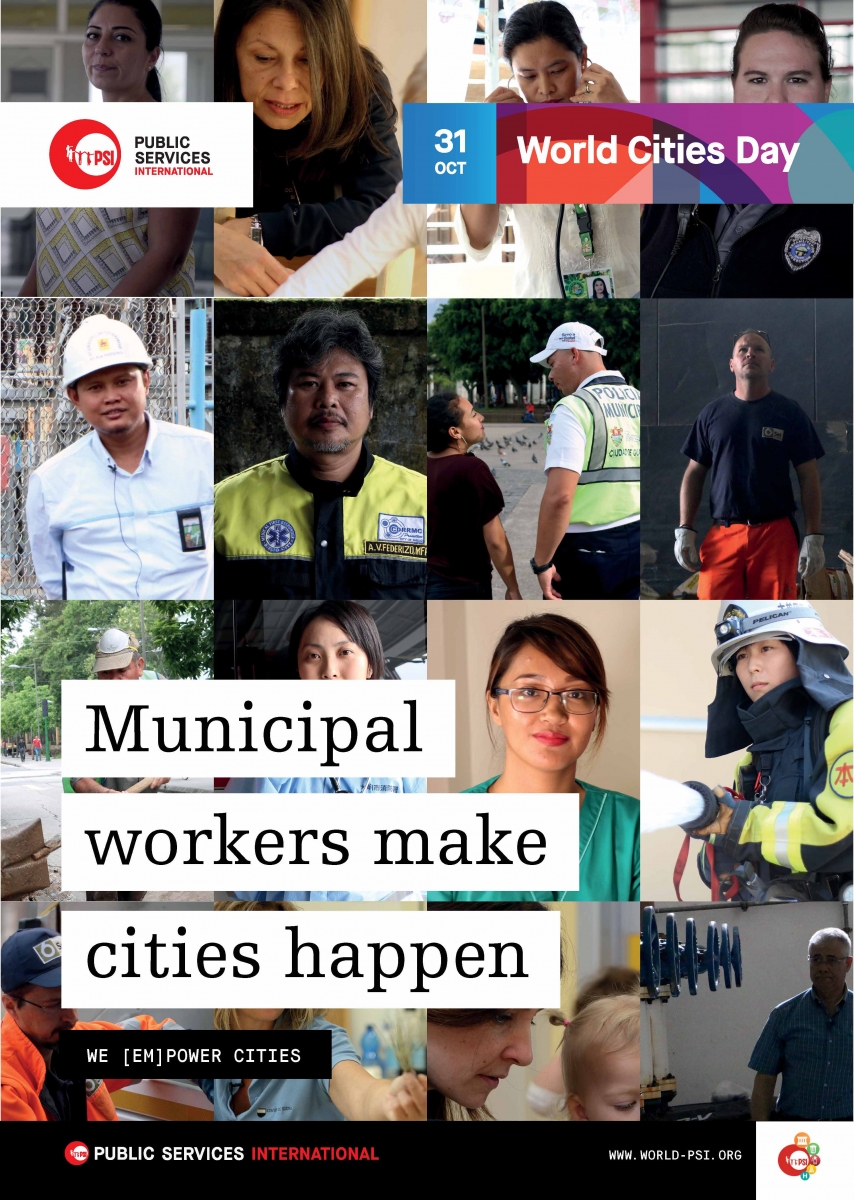 Imagine a city where there is no access to safe water, where bins overflow and rubbish piles up. A city where you cannot find a community health centre when you are sick. A city where pavements have cracks and holes, road traffic is a nightmare and there are no diversions in case of accident. A city without nurseries or day-care, where children have no safe outdoor public spaces to play and there are no green parks to enjoy. No local emergency services answer the phone when your life is in danger.  A city growing in a messy fashion, disregarding urban heritage and favouring segregation and gentrification where no-one is there to develop an urban plan in everyone’s interest. Would you live in such a city if you had a choice? We bet you wouldn’t.  Well, this is what a city without municipal workers would look like.

Often, municipal workers are hardly noticed and valued. Yet their work is critical in determining whether cities are attractive harbours of opportunity for a better life, engines of economic development and social inclusion, or socially explosive hubs of inequality, poverty and violence. PSI has chosen 31 October – UN “World Cities Day” - to launch a global visual campaign aimed at raising awareness about the work of municipal public service professionals with a view to increasing their visibility and presenting a positive perception of the many essential public services they deliver every day to cities and metropolitan areas.

PSI General Secretary Rosa Pavanelli said: “Municipal workers operate and bring cities to life every day, providing the essential public services we need at all times, and relentlessly serving urban and local communities. To do so, they deserve adequate resources, staffing levels and the appropriate equipment to deliver quality services and perform their jobs safely. What we witness, instead, is that the conditions of municipal workers worldwide leave much to be desired. When austerity measures, privatisation, tax evasion and corruption hit local government, municipal workers are the first to bear the brunt. Precarious employment, poverty wages, trade union rights violations and lack of training and safety equipment are permanent challenges. Many work under extremely difficult conditions going well beyond their basic duty out of commitment and dedication to their cities and communities. Our campaign puts a human face on these workers and shows that without them cities just cannot function.” 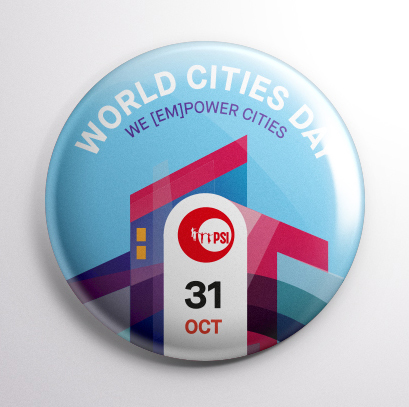 PSI continues to be a vocal advocate of decent working conditions and union rights for municipal and local government workers and has called for adequate local government financing including tax justice within the Habitat III and SDGs processes. Although the New Urban Agenda falls short of their expectations, municipal workers and their unions worldwide continue to make cities happen every day and to create socioeconomic inclusion.

“It is crucial to raise awareness within urban communities, mayors, local and central government officials and elected representatives, as well as within the UN system that freedom of association, collective bargaining and other fundamental labour and trade union rights are not only a human right entitlement of municipal workers, but also a necessary precondition to enable them to perform their job properly and to deliver the quality urban public services cities need”, added Pavanelli.

The United Nations established World Cities Day on 31 October of every year through Resolution A/RES/68/239 and it has been celebrated since 2014. The international day aims to draw the international community’s attention to global urbanization and to promote cooperation towards sustainable urban development.

On 31 October 2017, over 1300 public service trade union representatives will gather in Geneva for the 30th PSI World Congress and celebrate municipal workers and the launch of the PSI campaign on World Cities Day.

Download the posters by clicking here. All posters are available in English, French and Spanish in PDF format. 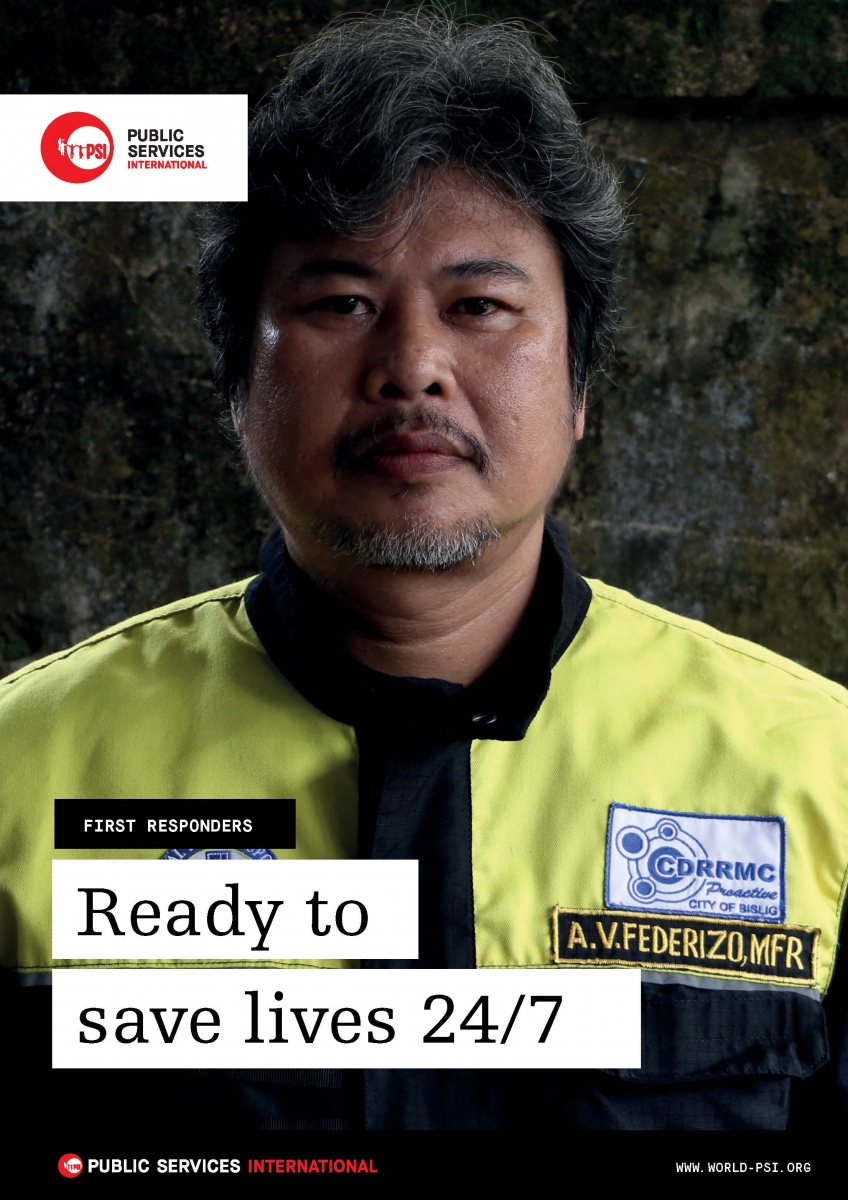 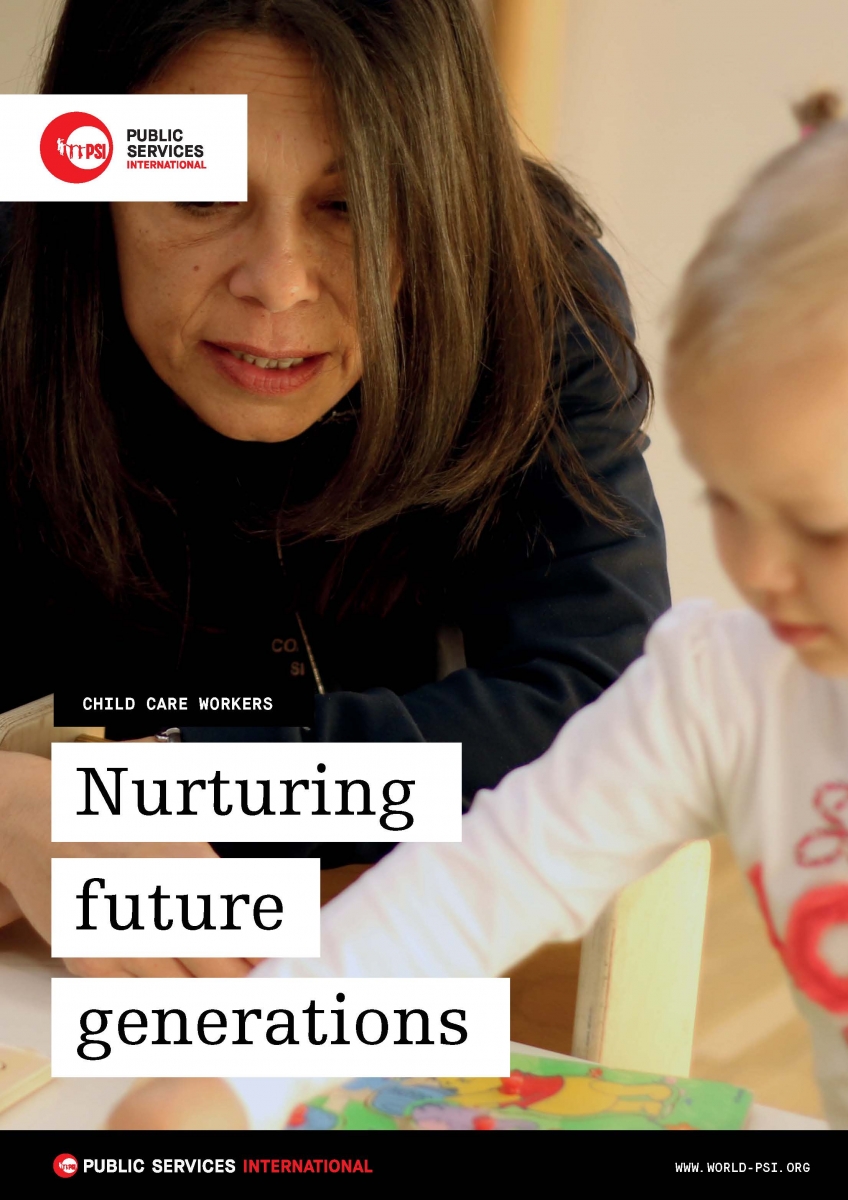 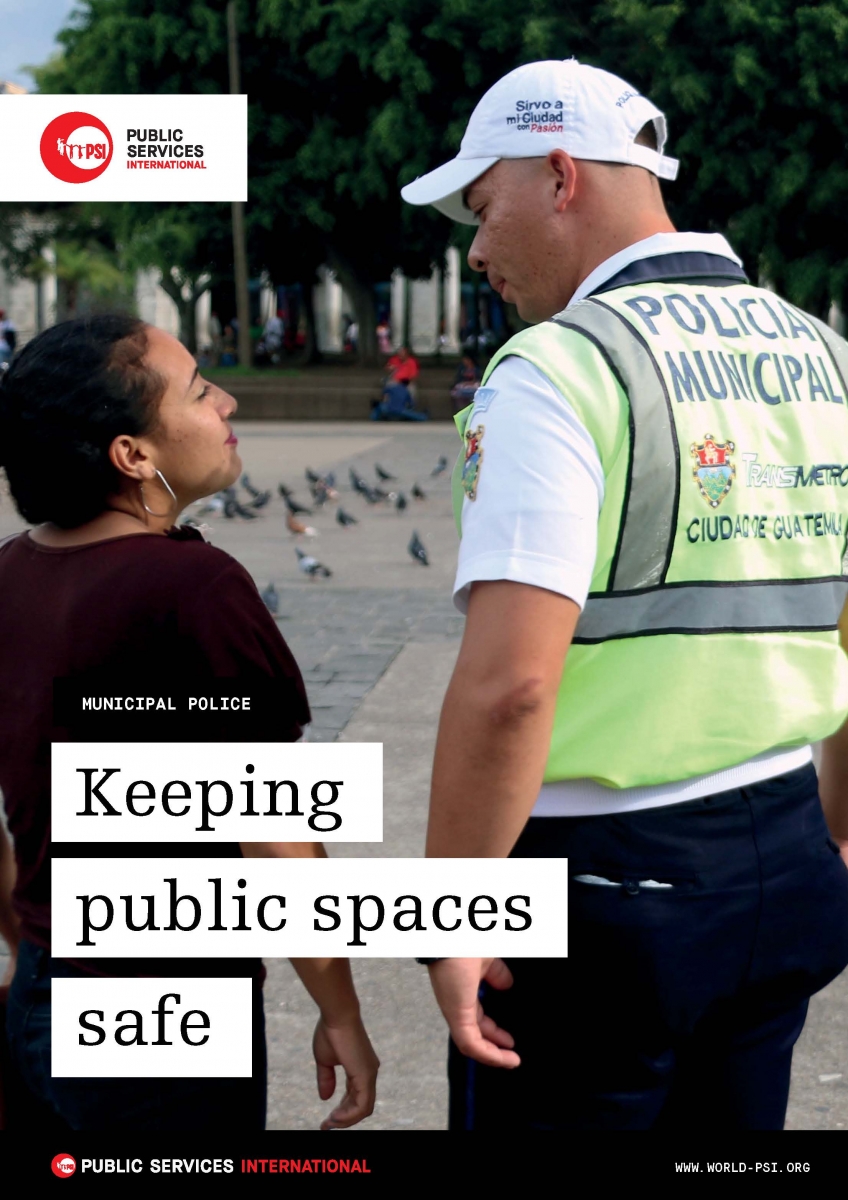 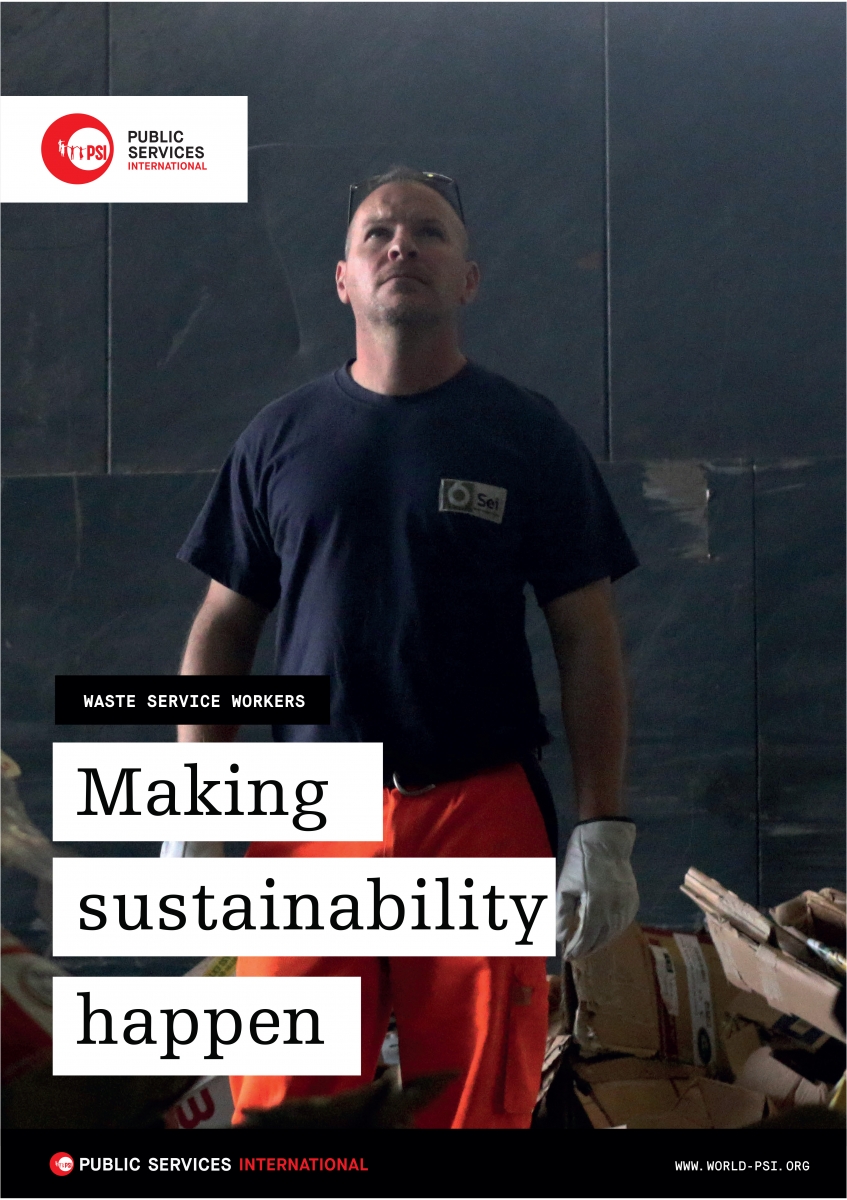 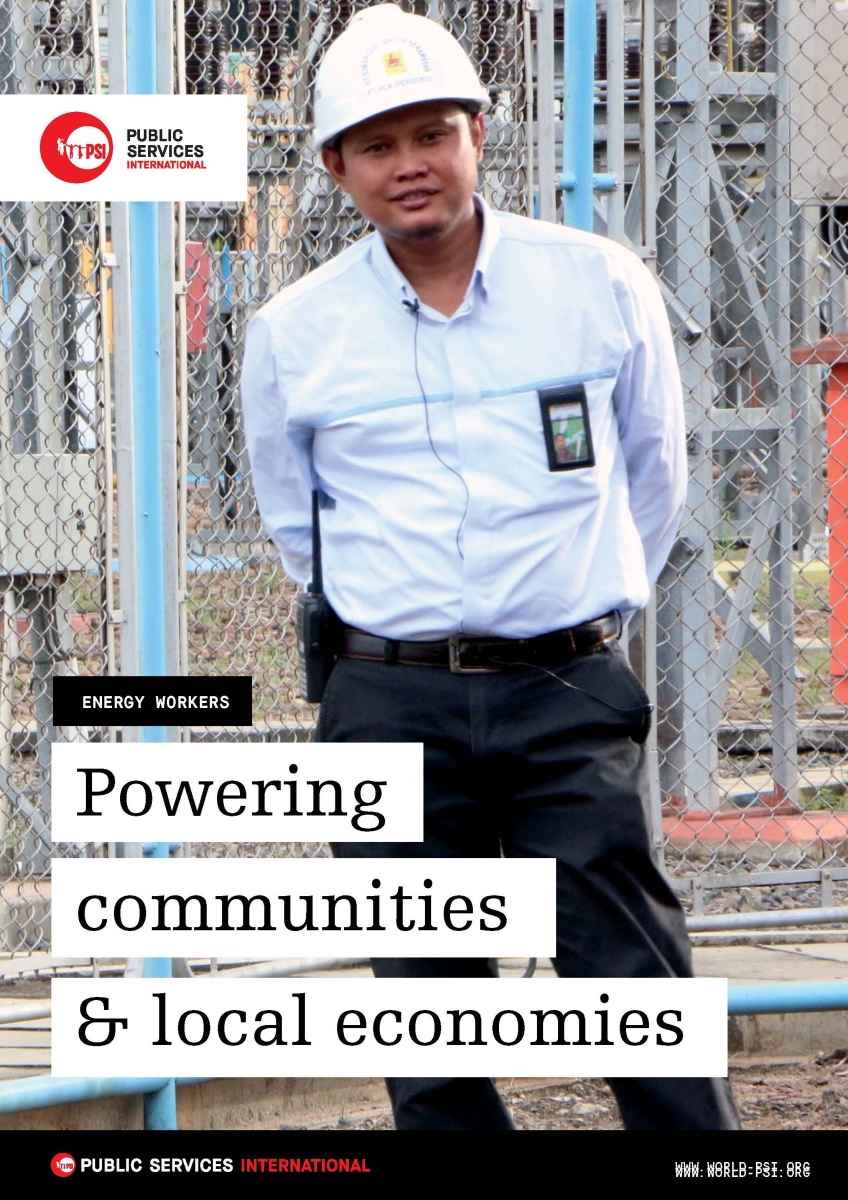 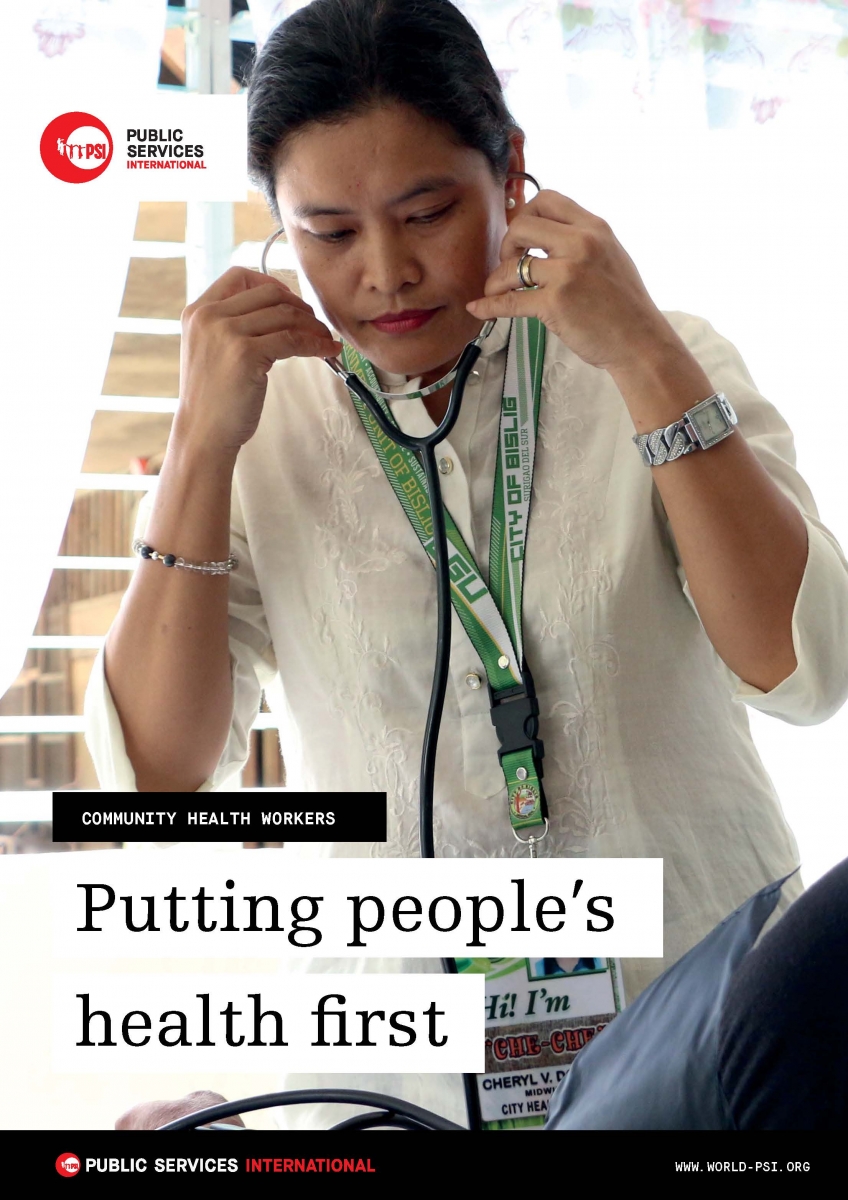 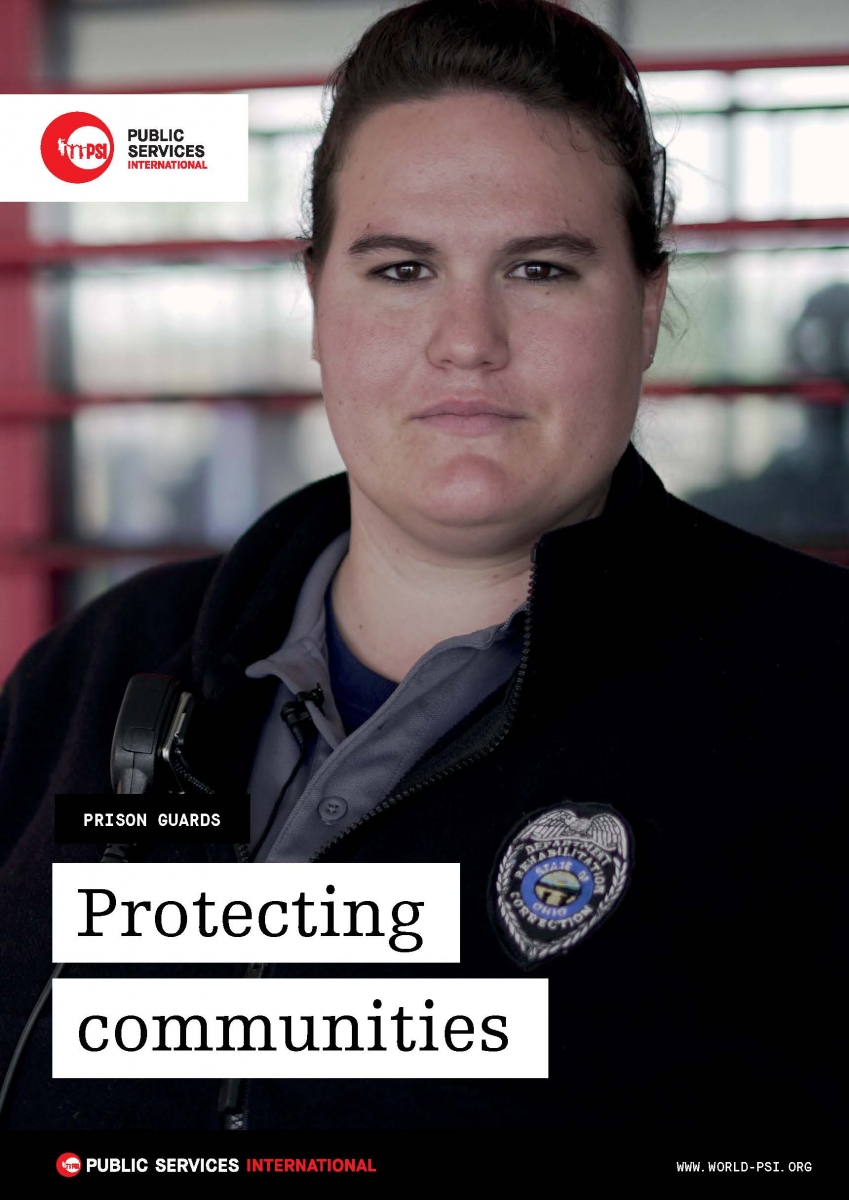 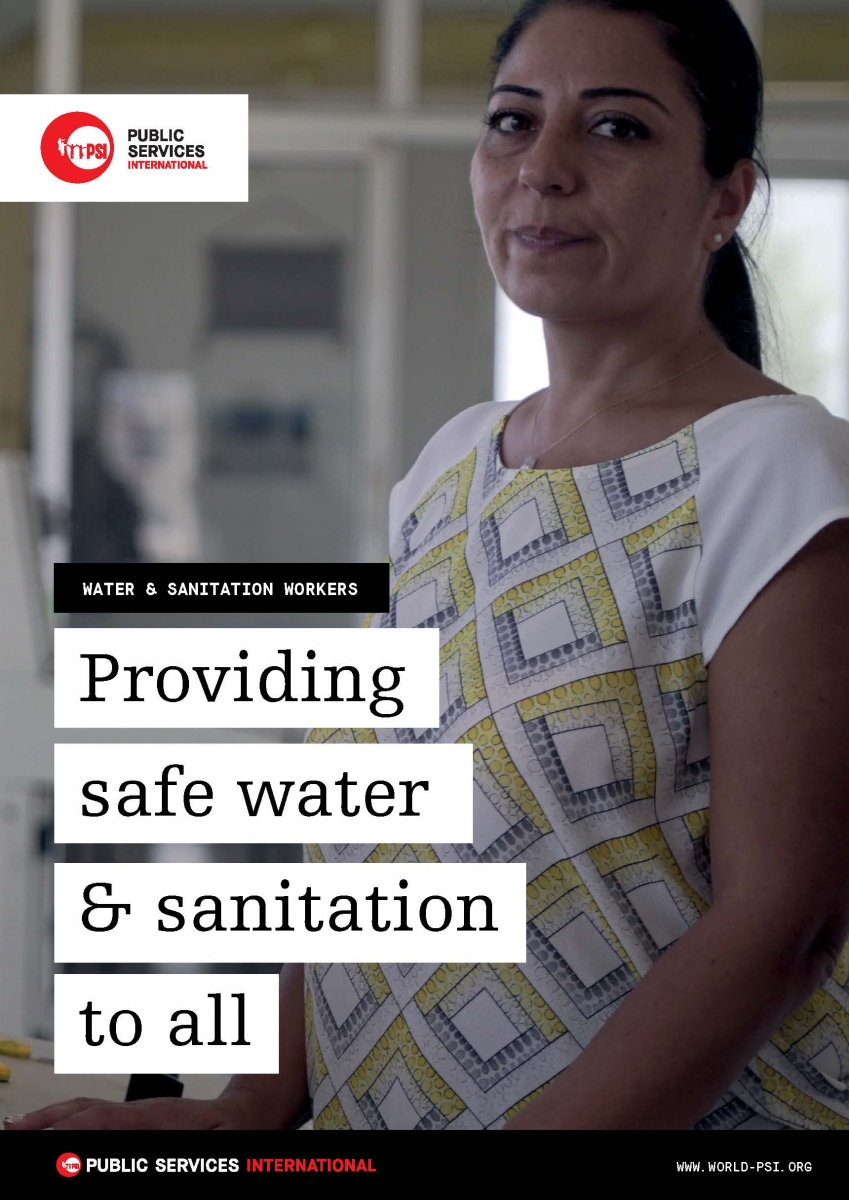 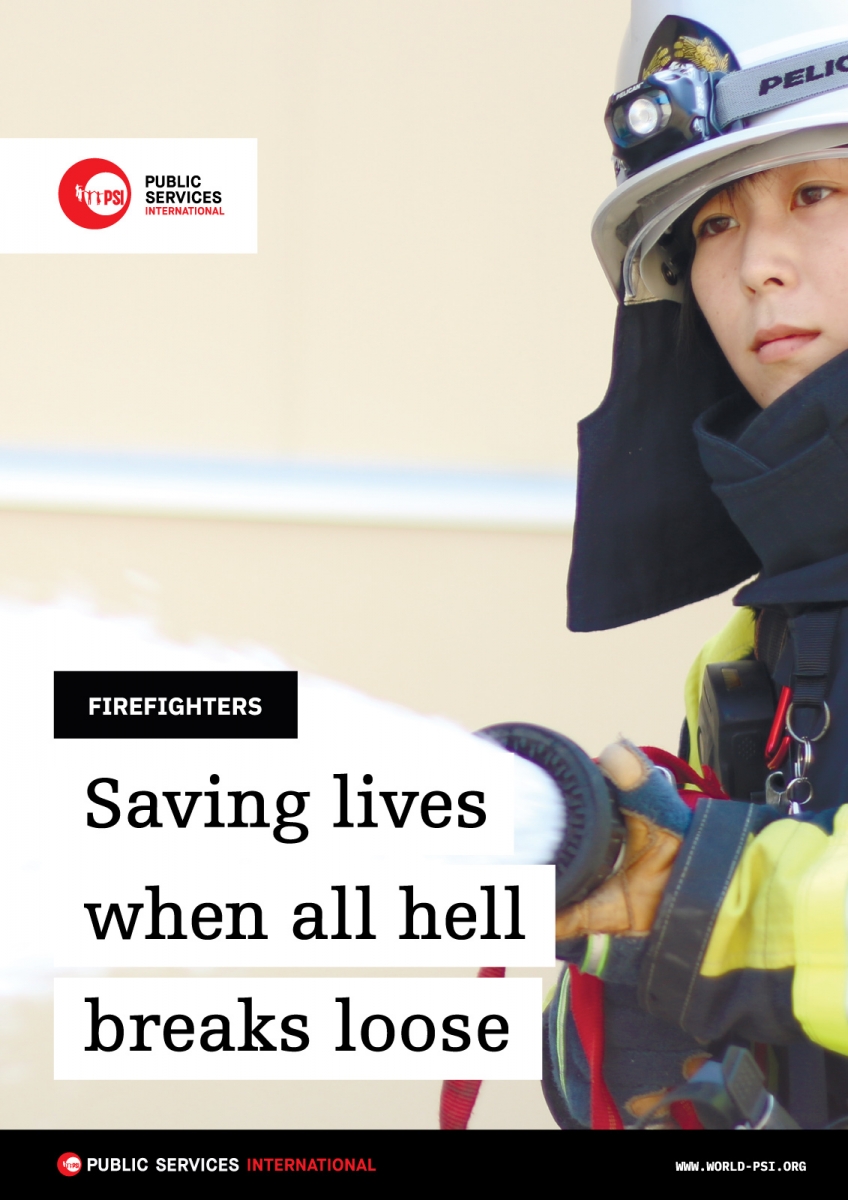