UK: Hundreds of thousands call for A Future that Works 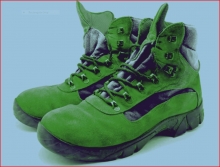 In the streets of London, Glasgow and Belfast hundreds of thousands of people took part in the march for A Future that Works on October 20.

In London, they were over 150,000. Thousands more marched in Glasgow and Belfast. British workers sent a loud and clear message to the UK government on October 20 that spending cuts and privatisation are not the way to get the country out of recession. Instead, they have seen that the cuts are standing in the way of delivering the jobs and growth needed.

Dave Prentis, General Secretary of Unison, declares "This is by no means the end of the fight, and we know this no-hope, directionless government will do its best to stop us, but we know we must keep going, and stay strong in the belief that we are doing what is right."

Mark Serwotka, General Secretary of PCS, says, "Our message is simple - we are in a worse place today than the march of a year and a half ago so what are we going to do? Have strike action right across the economy. Say to the leaders of your workplace, when we strike together we can win."

Over the last years, 700,000 jobs have been cut from public services in Britain, hurting the most vulnerable members of the society. People who can least afford to pay the price of the recession caused by the bankers.