The workshop focussed on how India's engagement with Free Trade Agreements (FTAs) has undermined not just national development and sovereignty but also the creation of decent jobs and provision of quality public services. The opening panel (which included Vijay Bhaskar of All India Trade Union Congress (AITUC), KN Umesh of Centre of Indian Trade Unions (CITU), Sanjyot Vadhavkar of Hind Mazdoor Sabha (HMS), and S Q Zama of the Indian National Trade Union Congress (INTUC) along with senior journalist TK Rajalakshmi from Frontline) discussed the impacts of deregulation and privatisation of the Indian economy on workers. Heightened competition has resulted in job losses, contractualisation and a downward spiral of wages. New proposals from the National Democratic Alliance (NDA) such as Fixed Term Employment (FTE) are part of the regressive agenda to dilute labour rights and decent work under the ease of doing business framework. 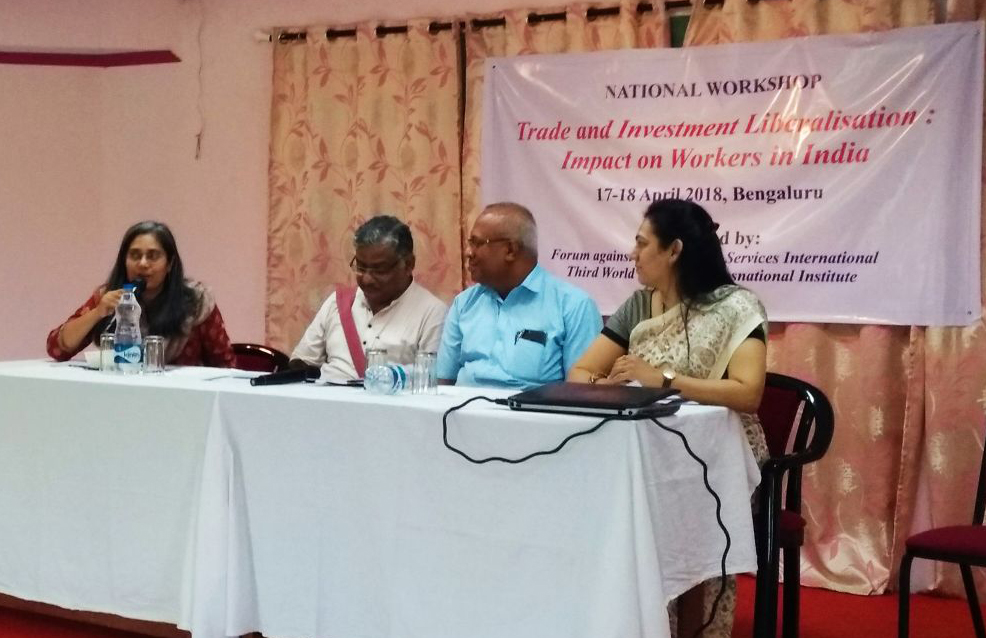 Prof. Biswajit Dhar, from Jawaharlal Nehru University (JNU) analysed the trajectory of global trade from the creation of the World Trade Organisation (WTO), proliferation of Free Trade Agreements (FTAs) and to the current challenge of mega FTAs. He explained that with global inequality at record levels, rising joblessness and the GDP to wage gap widening, neoliberal policies are facing a crisis of legitimacy.

“Despite the popular backlash against austerity and mega-FTAs as we have seen in Europe, and mounting evidence that the benefits of neoliberalism have accrued to the elite, the Asia Pacific region remains the hub of global trade,” said Dhar.

Based on his research Dhar provided evidence to show that in virtually all of India’s FTAs, except with Singapore, India is facing a negative trade balance, i.e imports are increasing while exports are stagnating. For example the trade deficit with China increased from 1.5 US$ billion in 2004 to a whopping 53 US$ billion by 2017. In that context he argued that it does not make economic sense for India to be part of the mega FTA, RCEP (Regional Cooperation Economic Partnership) with China and 14 other countries. He underlined that the current trade architecture, by imposing binding commitments on India has resulted in a substantive loss of policy space, thereby undermining the possibility of an industrial policy that can address the jobs crisis and foster broad based national development.

Prof Satyaki Roy, from the Institute for Studies in Industrial Development (ISID) spoke of the fallacy of integration into the global economy through Global Value Chains (GVCs). GVCs are now the dominant framework in global production processes with some 80% of global trade being organised through these complex disaggregated networks.

"India’s integration into GVCs at lower levels of production has undermined sustainable industrialisation. The result is a dependence on imports for domestic production in most sectors and a huge trade deficit. As industries are unsustainable, possibilities of decent work are underminedm," said Roy.

Public services are projected to be multi trillion dollar industries and emerging and lower-income countries are expected to drive this explosive growth. What this means is that developing countries, including India are the target of Transnational Corporations (TNCs) in these sectors. The privatisation of public services is a necessary step to create markets in sectors such as water, healthcare and waste management. But this process is not without contestation, as unions and social movements oppose privatisation and demand strict regulation of private providers. In these contestations, FTAs are a tool for TNCs to rig the game in their favour and impose the primacy of the free market logic on governments, lock-in privatisation and undermine popular demands to legislate and reverse privatisation.

As the corporate sector gains dominance in healthcare provision, profits are soaring. At the same time, there is a race to the bottom in terms of working conditions, wages and quality of services, with patients facing unethical practices and escalating costs. However, unions are able to fight back. The recent success of the struggle of nurses representing the United Nurses Association (UNA) at the Maharaja Angoran Hospital in Delhi was welcomed by the workshop. 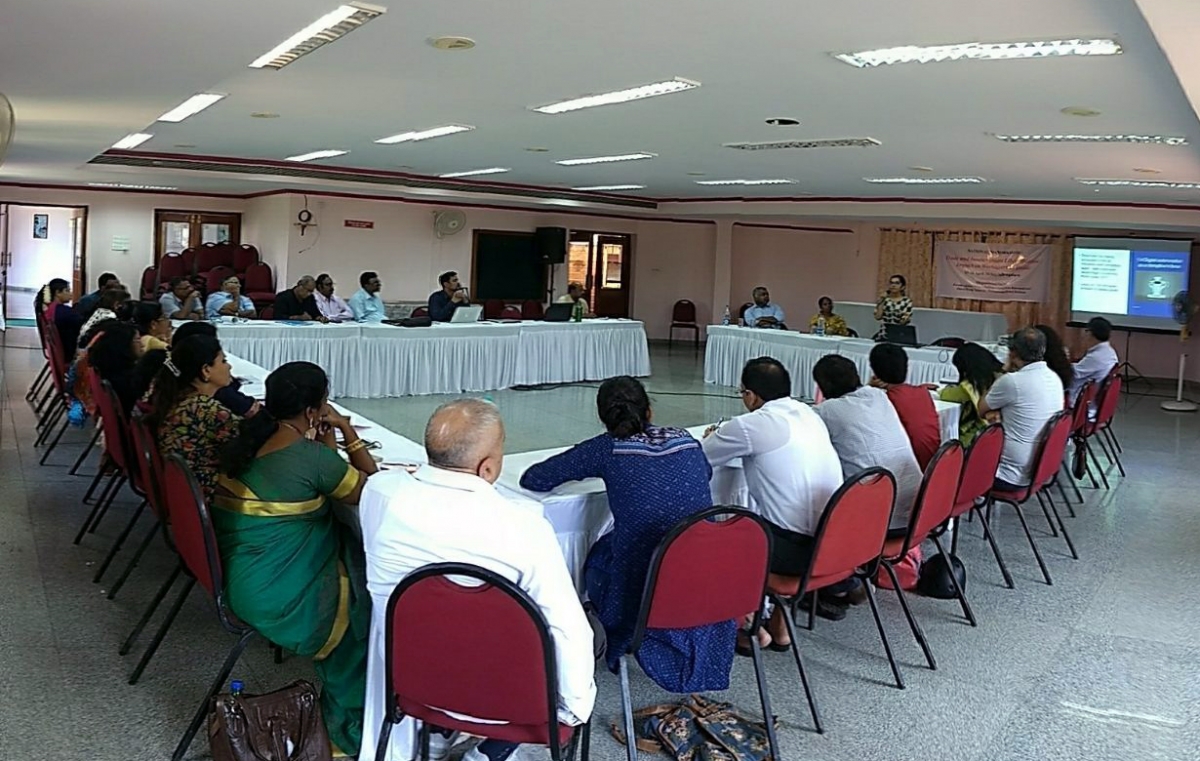 The new arena for corporate profiteering: the digital economy where digital monopolies are aiming to block future avenues for regulation as well as have a free hand over big data was discussed. Precarious labour is disguised as flexible labour in what is called the ‘gig’ economy. As data and algorithms gain a central role in the IT sector, workers get alienated from the production process in the industry. The resultant de-skilling of the workforce further contributes to the existing trend of decreasing share of wages in GDP, thus furthering inequality.

As FTAs entrench a legal framework of rights for foreign investors, they are also setting up pro corporate judicial mechanisms through the secretive international arbitration courts called the Investor State Dispute Settlement (ISDS) mechanism. As TNCs promote a system where only they can raise claims against governments, progressive governments and people's movements are demanding a system in the United Nations (UN) where TNCs are held accountable for human rights violations, including along their value chains. A draft of the UN binding treaty on TNCs and Human Rights will be presented at the UN Human Rights Council in October 2018.The workshop also explored the possibilities for the ILO's tripartite mechanism to be used to raise claims against corporations for trade related impacts on workers.

The workshop concluded that the free trade agenda is driven by TNCs and their lobbies and the push for ‘new generation’ FTAs represent the era of deep liberalisation. They will effectively close democratic policy spaces that are required by Governments to promote, respect, protect and fulfil human rights and provide quality public services and goods essential for a life in dignity. In the concluding strategy sessions, the unions decided to take forward various plans including conducting regional meetings across the country and also collaborate with progressive unions in the Asia Pacific region to create an Asia wide network of Trade Unions for Trade Justice. A meeting to begin this process will be held in Singapore in May 2018 at the sidelines of the upcoming RCEP Trade Negotiations Round.