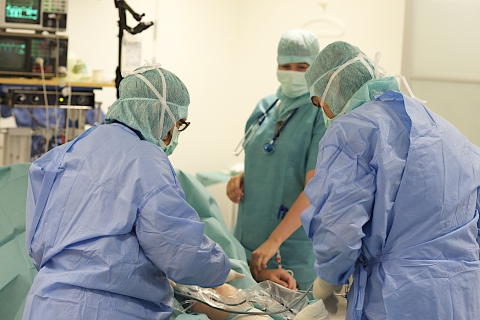 PSI, 4 February 2015 – A new trade proposal is aiming to commodify health care services globally, with higher costs for governments and poorer performance for patients, to the benefit of large health corporations and insurance companies in a USD 6-trillion business.

A discussion paper – leaked by Associated Whistle-Blowing Press - has exposed negotiators of the secretive Trade in Services Agreement (TISA) who are discussing wide-ranging reforms to national public health systems which will promote offshoring of health care services and privatisation.

The proposal, reportedly tabled by the government of Turkey, was discussed by EU member states last September at the Geneva TISA negotiations. It suggests an annex on health care services in the TISA that would facilitate patients travelling abroad to access health services.

The proposal titled “A concept paper on health care services within TISA Negotiations” states there is “huge untapped potential for the globalisation of healthcare services” mainly because “health care services is (sic) funded and provided by state or welfare organisations and is of virtually no interest for foreign competitors due to lack of market-orientated scope for activity”.

The document goes on to explain that trade in health services may create opportunities and have benefits for the business partners involved in trade.

“The proposal would raise health care costs in developing countries and lower quality in developed countries in Europe, North America, Australia and elsewhere,” explains Dr Odile Frank, who has analysed the document for Public Services International (PSI). Frank argues that under such a proposal, costs to government would rise, as would premiums for health insurance.

According to PSI, the TISA proposal assumes that health services are a commodity like any other that can be handled by the market. Establishing trade in health services ignores public health aspects and will exacerbate inequality.

While the solutions proposed would benefit wealthy consumers and private health firms, analysis from Professor Jane Kelsey, an expert on trade in services, suggests that money will be drawn out of the national health system “whose low level of investment is cited as one of the rationales for offshore treatment, and makes the problem self-perpetuating.”

Kelsey argues that such reforms may put pressure on governments to introduce more individual account or voucher type systems and leaves patients and governments exposed to uncertainty and additional costs for follow-up care when they return home.

“It is scandalous that proposals to dismantle the public health system are being discussed behind closed doors and the public must rely on leaks to find out what their governments are discussing on their behalf,” comments PSI General Secretary, Rosa Pavanelli.

“Health is a human right and is not for sale or for trade. The health system exists to keep our families safe and healthy, not to ensure the profits of large corporations,” says Pavanelli.

The potential profits to corporate interests from privatised public health care is enormous. The weighted average GDP that goes to health care in the 50 countries in the TISA negotiations is 12.5 per cent, and together their GDP expenditures on health amount to over USD 6 trillion per annum, which represents over 90 per cent of annual global expenditure on health[1].

The TISA is promoted by some of the largest US corporations of the services industry and their lobby groups, such as the American Insurance Association and US insurance companies including AIG and Prudential, and health and disability insurers such as Liberty Mutual and Metlife.

This is the third major leak of controversial texts from the TISA negotiations in recent months. In May, Wikileaks leaked the financial services annex, which exposed US proposals to further deregulate the financial sector.

This was followed in December by the leaking of a proposal by the US Trade Representative (USTR) that deals with E-commerce, technology transfer, cross border data flows and net neutrality. It prompted concern in non-US countries that the TISA would undermine privacy laws in the wake of the Snowden revelations.

In signs that the secrecy of the negotiations are becoming a problem, the TISA Rapporteur for the European Parliament, Luxembourger MEP Viviane Reding, said as recently as 13 January that the negotiations started with “no transparency at all” and that even currently “Transparency is far from being perfect”. She went on to say that TISA was at least as important as the TTIP.

Unlike the GATS, the TISA negotiations are being conducted in secrecy and the parties refuse to release the negotiating text or supporting documents. Some countries have released limited documentation about their offers (for example Switzerland and the EU).

[1] Based on 2012 data; GDP data from the World Bank and health expenditure data from WHO Global Health Expenditure Data Base.  See also for total global annual expenditure on health in 2012.