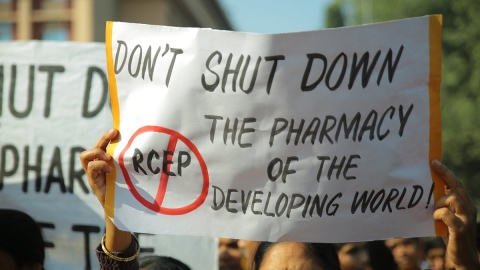 People's movements from the Asia Pacific region are gathering in Bangkok on the sidelines of the 23rd round of negotiation of the Regional Comprehensive Economic Partnership (RCEP) to raise serious concerns on the adverse impacts of this mega regional Free Trade Agreement (FTA).

More than 80 representatives of trade unions, farmers, indigenous peoples, health and patient networks, women organisations, academia and civil society organisations from the Asia Pacific region have gathered in Bangkok on the sidelines of the 23rd round of negotiation of the Regional Comprehensive Economic Partnership (RCEP) to raise serious concerns on the possible impacts of the deal. The mega regional Free Trade Agreement (FTA) is currently being negotiated by 16 countries, including the 10 ASEAN countries along with India, China, Japan, South Korea, New Zealand and Australia, in complete secrecy. 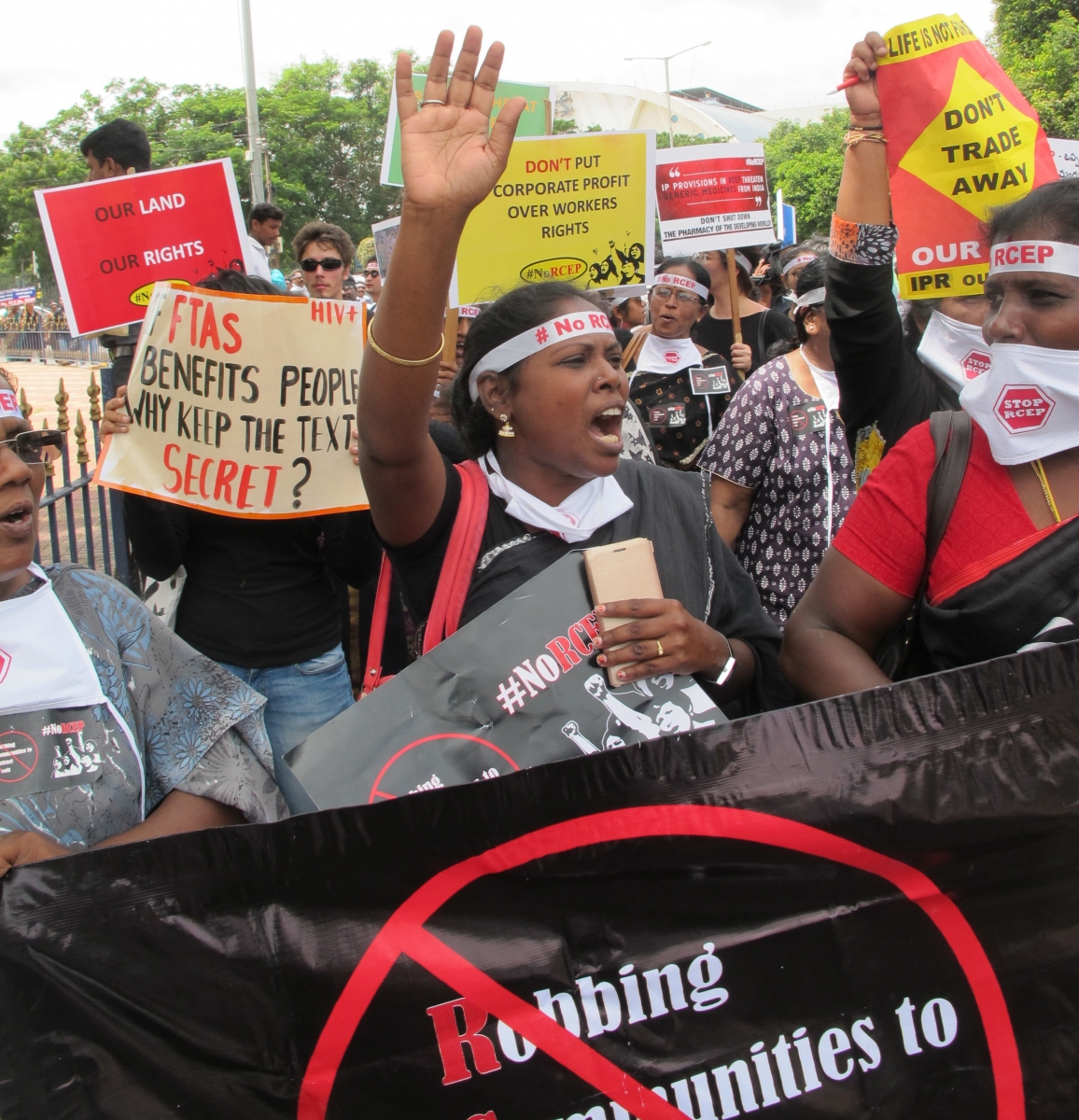 People's movements are concerned that proposed provisions in RCEP could undermine access to price-lowering generic medicines, negatively impact farmers and indigenous people's rights to seed and food sovereignty, lock-in privatisation of public services, push workers’ wages down, and restrict the ability of governments to regulate public policies leaving them vulnerable to international lawsuits in secret tribunals.

“Trade unions across Asia Pacific are opposed to the RCEP because it is anti-democratic, anti-worker and anti-people. It is a threat to quality public services essential to advancing rights for all people. Governments have made commitments to tri-partism; to involve workers and employers in setting policies that impact on labour rights. Instead, governments appear to be taking instructions from the largest foreign multinational companies and protecting their interests, asserted Kate Lappin, Public Services International (PSI) Regional Secretary for Asia Pacific.

“We have grave concerns over TRIPs plus provisions in the RCEP negotiation currently being pushed by South Korea and Japan. Like other countries in the region, Thailand heavily relies on generic medicines, especially for high-cost diseases like HIV & AIDS, cancers, hypertension and heart-diseases. Thailand’s health insurance systems, which are fully and partially subsidised by the government, will be under threat if the life-saving medicines’ costs become more expensive due to the abuse of patent system,” said Chalermsak Kittitrakul, Access to Medicines Campaign Officer, AIDS Access Foundation.

“Thailand and other countries in Asia are amongst the richest in biodiversity. Our bio resources have been passed from generation to generation. By requiring all RCEP countries to join UPOV 1991 or creating national laws that are consistent with UPOV 1991, RCEP will allow large multinational corporations to claim ownership over these, causing tremendous damages to small scale farmers," said Mongkol Duangkhiew of Alternative Agricultural network. "We the farmers will not let anyone rob us of our rich biodiversity."

Joms Salvador, from Gabriela National Alliance of Women, Philippines added, “This trade agreement directly impacts women’s human rights, giving multi-national corporations the right to govern at the expense of women’s livelihoods, pushing wages down further with a race to the bottom where women are kept at the bottom. It is deeply concerning that while this trade agreement directly impacts so many lives, it is not being discussed with those most vulnerable and potentially impacted such as women, farmers, patients, workers, indigenous peoples and other marginalised group.”

“By prioritising the interests of corporations over the well-being of peoples, RCEP poses grave threats to the public interest,” said Shalmali Guttal, Focus on the Global South. “The Investor State Dispute Settlement (ISDS) mechanism will prevent governments from protecting the needs of their populations. The entire raft of new generation trade-investment agreements is building an architecture of impunity for corporations and elites, at the expense of people, the environment and societal well-being.”

A recent assessment of RCEP against criteria for transparency, public participation and parliamentary scrutiny found that the mega trade deal miserably fails on all accounts.

“Everyone, from elected parliamentarians concerned about potential job losses in their regions, to journalists investigating impacts on the affordability of life-saving medicines, to peasant organisations concerned about falling agricultural prices due to cheap imports have all been kept in the dark for the past five years,” said Benny Kuruvilla from the Transnational Institute (TNI), India.

People’s organisations from the region demand that governments keep equitable, fair and sustainable development at the core of economic cooperation and multilateralism. The 16 governments must consider the adverse impact of this mega FTAs and put an end to deals that only increase protection for and power of multinational corporations.