Let us use May Day to fight for Tax Justice 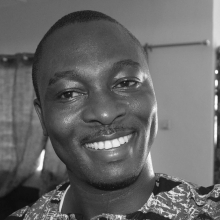 PSI's Tax Coordinator for the African region, Daniel Oberko, takes us through some of his perspectives on the importance of the workers movement in the fight for tax justice

The essence of commemorating an event such as May Day on May 1st is how this day is relevant to the present - the lessons it provides and the direction it gives for the future. The history of May Day, otherwise known as Labour Day, is important for the lessons it provides and how relevant these lessons are to the current struggles of workers. It is a constant reminder of the fact that whatever rights and benefits workers are enjoying today, be it the 8-hour work day, parental leave, the establishment and recognition of workers’ rights to organize and collectively bargain, receive paid holidays, and a host of other rights have been achieved through the toil and blood of our predecessors in the workers’ movements. Most importantly, it should remind us that whatever dream we have as workers in relations to our wellbeing and that of society in general can only be achieved through the good old strategy of organize and fight. Workers can relax and have fun AND remember that we have a bigger responsibility towards the workers’ movement and society at large.

The many challenges facing workers and ordinary citizens in Africa reinforces the need to redefine our appreciation of May Day and situate its relevance within the current challenges of workers and society. Today, there is a massive corporate attack on public goods and services such as health, education and electricity. Privatization, also known as public-private partnerships (PPPs), is being introduced in infrastructure development, energy and the health sectors. Privatization of public services is touted by capitalist interests as the best model for developing countries for infrastructure development. What is left out in the discussions is the level of debt governments and citizens are forced to take on. Governments bear the highest risks as compared to the companies involved. There is strong mobilization by finance capital to wipe out government interest and supervision in public services altogether. In many cases, the state is losing power completely to corporations. Interestingly, lack of state funds has been given as the reason behind governments’ drive to privatize almost every public service, including universal basic education in a resource-rich country like Liberia. However, if multinationals paid their share of taxes, our countries would have more than enough funds to provide public services for the common good of all.

The African continent is bleeding. Staggering amounts of funds leave our continent through the operations of multinational companies aided by local elites. Profits are funnelled out of our countries without being taxed, making domestic resource mobilization a nightmare. A High-Level Panel on Illicit Financial Flows (IFFs) from Africa set up by the United Nations released its report in 2015. The commission reports that Africa over the last 50 years have lost estimated $ 1 trillion due to illicit financial flows. Annually, it loses more than $50 billion to IFFs. The Global Financial Integrity (GFI) reports that from 2004 2013, Africa lost an annual average of $81.7 billion in illicit financial outflows. This is 4.9% of GDP. These are funds that could go into building of health and education facilities and building the capacity of teachers to offer quality education. All these funds instead go into the pockets of a few individuals and multinational companies.

If this situation is so worrying to have gotten the attention of the United Nations and other institutions, is there anything being done about it? The answer is yes. A lot is being done. There is awareness creation and education, campaigns have been launched and still running. What is critical now is for workers to rise to the occasion and offer leadership in this struggle. We must organize and expand the base of activists at the forefront of the campaign. We must give meaning to the May Day celebration by drawing attention of governments to the need to mobilise funds domestically to fund quality public services and to achieve the Sustainable Development Goals. Let us use May Day for mass action for Tax Justice. Let us use these May day actions as a springboard for the upcoming week of action around public services day, June 23rd, to make clear that corporate tax evasion is stealing from our health facilities, our schools, our public services.

PSI is working with ITUC-Africa, the Tax Justice Network-Africa and the Global Alliance for Tax Justice and NGO partners to prepare for a Global Week of Action for #TaxJustice for #PublicServices to mark World Public Services Day in June 2017.