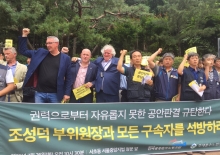 The International Transport Workers' Federation (ITF) concluded a week-long visit to South Korea and witnessed first-hand the ongoing criminalisation of labour union rights in the country. Here is the ITF president Paddy Crumlin's account of this trip. 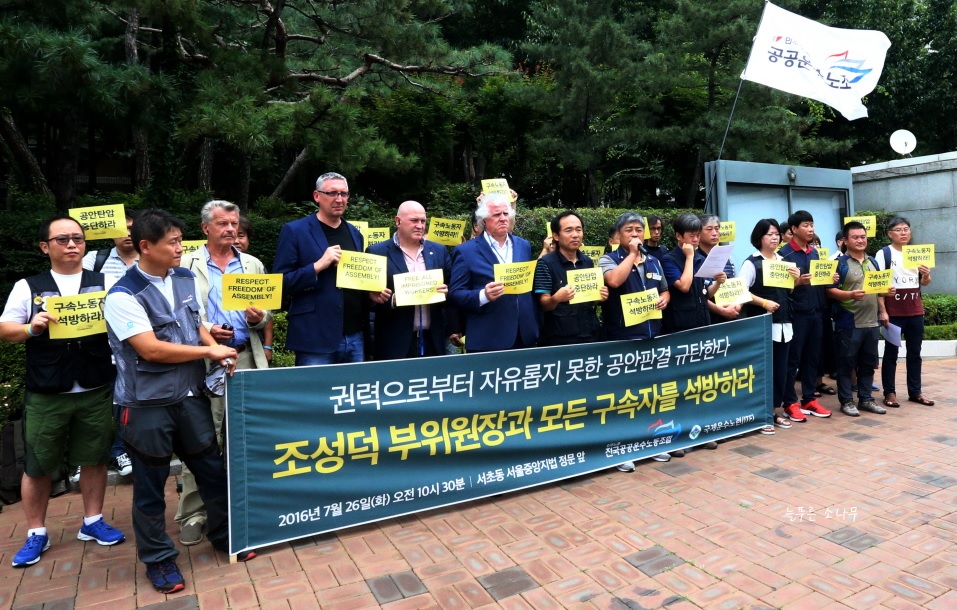 Prisoner 188 was marched into court by a bevy of police and security in Seoul on 26 July 2016. His sentencing followed the suspended sentence handed out to a man, a ship owner, who was convicted of attempted drug smuggling and fraud.

Prisoner 188 had already been held in prison for six months for participating in the 14 November 2015 street march and rally against the South Korean’s government anti- union reforms. Over 100,000 concerned Koreans from many walks of life participated in the rally that day.

The 14 November Rally is an activity like many millions even billions of other labour and civil rights activists and their children have participated in historically as a badge of and binding to democratic rights and ensure freedoms for all. On that day in November 2015, protesters rallied and marched, traffic was interrupted, police blocked the streets and used water cannon in an attempt to disperse the crowd - leaving 69-year-old farmer Baek Nam-gi in a coma, and a government bereft of any true commitment to democratic governance and support for their people again joined the ranks of being part of the problem in a South Korea reeling from years of corporate skullduggery, tax avoidance and corruption instead of being part of the solution and hope for their people. 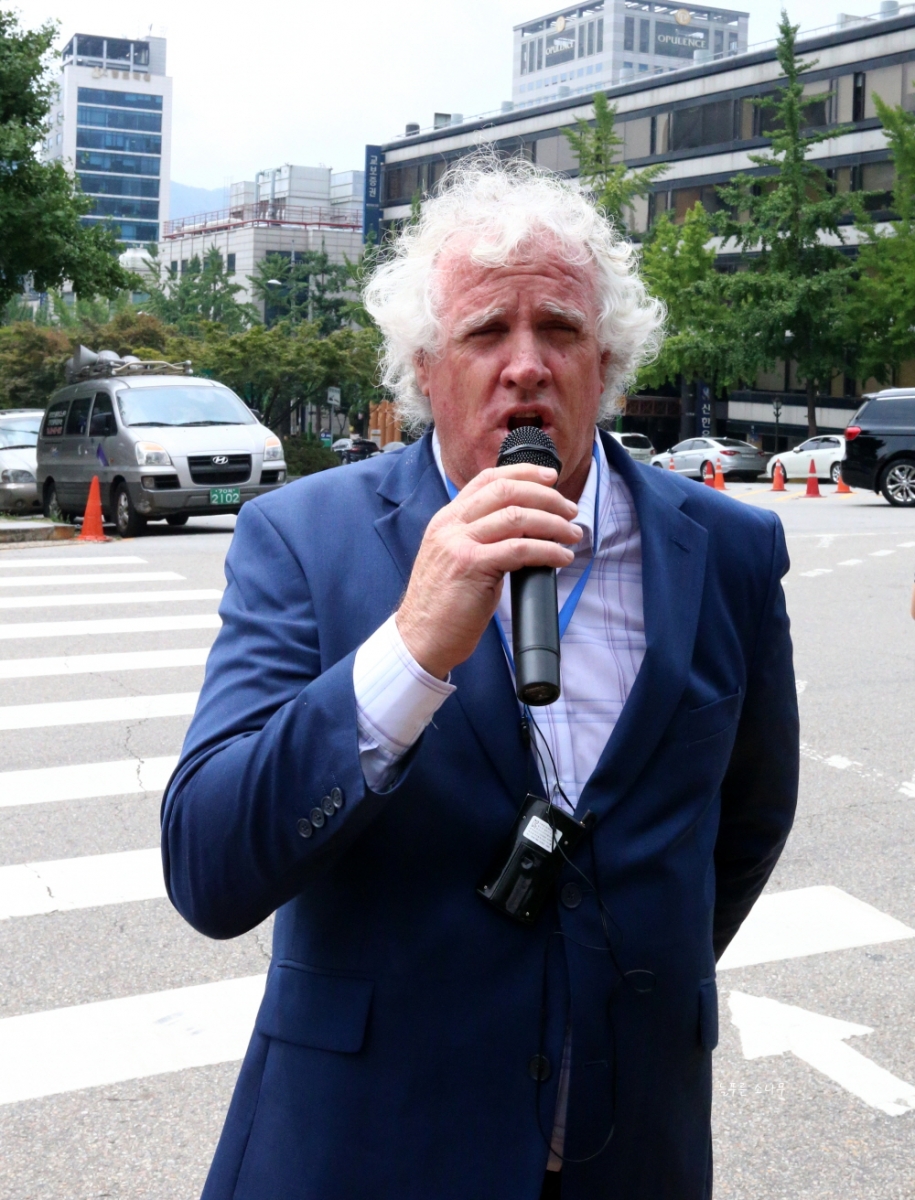 Prisoner 188 is Korean Public Service and Transport Workers' Union (KPTU) vice president Cho Sung Deok. He was sentenced to two years in prison, and unless his appeal to the higher court prevails, he will serve his term alongside four other union leaders and activists who are imprisoned, including Korean Confederation of Trade Unions (KCTU) president Han-Sang Gyun who received a five-year sentence for the same protest even though he only spoke at the rally.

Following the sentencing, ITF assistant general secretary Rob Johnston and ITF road transport chair Tony Sheldon led two delegations to the Seoul Detention Center, visiting vice president Cho and KPTU TruckSol leader Lee Jae-Shik. These delegations now give us concern about the poor conditions the prisoners, who are locked in their cells for 23 hour a day, endure. Prisoners strip down to their underwear, the only way to cool their body from high temperatures in their cells. Running water is not continuous, cutting off after a few minutes. Routine medical access is limited and prisoners are only brought to the hospital if their condition is deemed serious or there is a medical emergency.

What I, and my brothers and sisters from the ITF witnessed last week only illustrates a sliver of the attacks against democratic union rights led by the South Korean government and courts. Earlier this year, the South Korean courts upheld the government’s decision to derecognise a progressive teachers’ union, effectively abolishing union rights for 60,000 teachers and denying them the right to collectively bargain. And the South Korean government is showing no signs in stopping the regressive anti-worker labour reforms as they recently put forth plans for privatisation in the rail and energy sectors.

Democracy demands more for prisoner 188. Democracy demands more for all workers in South Korea. Civil and human rights demands better. Today, alongside our Korean brothers and sisters, I am joined by ITF general secretary Steve Cotton, ITF rail section chair Oystein Aslaksen, ITF road transport section chair Tony Sheldon, assistant general secretary Rob Johnston and the millions of transport workers of the ITF around the world, in demanding justice be served for Prisoner 188 and his brothers and sisters through their freedom and reinstatement of trade union and democratic rights in a country that has lost their way on that account. The ITF and global labour movement will continue to demand that union rights are protected in Korea and across the globe.

*Paddy Crumlin is the president of the ITF, elected in 2010, and also the general secretary of the Maritime Union of Australia.