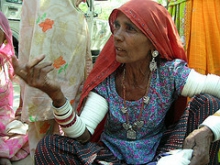 Civil Society associations in India, including PSI, have released this statement on the occasion of World Public Services Day 2015 under the heading 'Protect and Expand Quality Public Services to reduce inequality.'

As governments meet in Addis Ababa, Ethiopia to agree on the contours of a global framework to finance a new set of Sustainable Development Goals (SDGs) to fight  poverty and inequality, workers unions, social movements and civil society organisations in India come together on the World Public Service Day (23 June), to demand a fairer tax system for quality public services for all. We join the global call and demand that governments assume their responsibilities and reshape the global tax system.

The International Monetary Fund (IMF) estimates that developing countries may be losing as much as $213 billion (or around Rs.14 lakh crore at current exchange rates) a year to tax avoidance. The latest report from Global Financial Integrity, “Illicit Financial Flows from the Developing World: 2003-2012,” found that developing and emerging economies lost US$6.6 trillion (or Rs.422.4 lakh crore at current exchange rates) in illicit financial flows from 2003 through 2012, with illicit outflows increasing at an staggering average rate of 9.4 per cent per year—roughly twice as fast as the global GDP.  India was among the top five countries in the world over the 10-year period with almost half a trillion dollars (or Rs.32 lakh crore at current exchange rates) in illicit outflows, along with China, Russia, Mexico, and Malaysia. India’s annual central outlay on health and rural housing put together is Rs.34,575 crore. It is worth noting that checking illicit financial flows will potentially result in increased social sector spending

This revenue when channeled to fund quality public services, such as healthcare and education services, free at the point of delivery, affordable water, electricity and transportation, and social services such as a universal Public Distribution System (PDS) and pensions, would effectively combat poverty and inequality based on caste, class, gender and ethnicity. Recent research has shown that universal public services are one of the strongest weapons in the fight against inequality (Seery, 2014). They mitigate the impact of skewed income distribution, and redistribute wealth by putting ‘virtual income’ into the pockets of the poorest women and men. In addition, quality public services play a key role in decreasing the burden of household and care work that would otherwise disproportionately fall on women.

In the context of such substantial losses of domestic resources and the importance of quality public services, the spending cuts in the social sector by the central government in its latest Budget - despite being accompanied by higher revenue share to states - are deeply concerning. The government’s scheme ensuring right to work (MNREGA) got a budget provision of Rs 34,700 crore, which in real terms, is a reduction of 3 per cent. Central assistance for state plans for the government scheme providing right to education (SSA) has been reduced from Rs 12,891 crore (2014–15 revised estimates) to as much as Rs 3,225 crore (2015–16 budget estimates). The budget for government’s school noon meal scheme (MDM) was cut by 41 per cent. Likewise, we note a sharp decline in outlays for the government’s child development and maternal health scheme (ICDS) from Rs 16,316 crore to Rs 8,000 crore. Similarly, total allocations for the Ministry of Health and Family Welfare have decreased by about Rs. 6,000 crore.

Not only have the outlays for critical public services been cut, but there is a clear decline in the provisioning for the socially excluded groups. In what are earmarked share of the total budget for Scheduled Castes (SCs and Scheduled Tribes (STs), the Union Budget 2015-16 reveals significant decreases  – for SCs, the outlays have dropped by 61% (as reported under SCSP) and 53% for STs (as under TSP). Not only do these communities find themselves without access to quality public services when they are at their most vulnerable, but also find that committed financial support has not been realized.

The central government argues that lower social sector spending will be compensated for by giving state governments a larger allocation of tax revenues. The share of taxes to states has indeed increased to 42 per cent from 32 per cent, in an encouraging step towards fiscal devolution. However, researchers point out that poorer states relying more on central support face net losses. In addition, while governments have a responsibility towards providing quality public services, the trend has been to prioritising policies that lead to the privatisation, commercialisation and outsourcing of services to private players. This has affected the delivery of better public services making them inaccessible to the common woman and man.

To have adequate financing for quality public services, we must widen the tax base, and cut unjust exemptions. We believe that fair and progressive tax systems provide financing for well-functioning states, enable governments to uphold citizens’ rights to essential services, and cement the relationship between citizens and governments. Effective domestic resource mobilisation – and primarily taxation – as well as international tax cooperation, are critical sources to finance the future Sustainable Development Goals (SDGs). India must demand its fair share of global tax revenue and widen the domestic tax base focusing on the redistributive role.