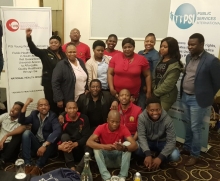 Although South Africa’s health system has undergone many positive changes in the last 25 years, social inequalities in health are widening across social groups and races. 50 million South Africans access the under-funded public health system while just over 8 million have access to well-resourced private care that is steeped in corruption.

On 27 April 1994, history was made in South Africa. That day, now known as Freedom Day in the country, the apartheid regime was buried as South Africans voted in the first multi-racial elections in the country’s history, marking a significant democratic transition.

In 1996, South Africa’s final Constitution was enacted as one of the most socially inclusive and democratic in the world. Reflecting the spirit of the people’s struggle that ended the regime of racial segregation, it included a Bill of Rights. In the constitution, it is explicitly stated that

This reflects a human rights-based approach to health which recognises the importance of social and economic determinants of health. Post-apartheid governments have made significant efforts to improve access to health care services over the last two and a half decades and progress has been made from the aftermath of apartheid.

But such progress remains inadequate. South Africa remains an “ailing nation” as Mark Heywood noted in an article which draws attention to a “health crisis” rocking the country. He pointed out that:

Heywood correctly noted that this worrisome state is symptomatic of the inequality inherited from South Africa’s past. But at the same time, as he added, there is much that could have been done to improve the situation.

But subsequent to the transition to a democratic South Africa, “macroeconomic policies, fostering growth rather than redistribution, contributed to the persistence of economic disparities between races” and this has contributed significantly to the severe public health challenges which the country is confronted with today[3].

Race remains an important social determinant of inequality, in what is probably the most unequal country in the world. Racialised social inequality in South Africa must however be understood along with sharp class divisions as an increasing number of black middle class and upper class now benefit from the system, in industry, commerce and through neopatrimonial ties to the state[4].

The dynamics of health inequities can thus be best grasped by understanding the disparity between the quality of care available to almost 50 million South Africans (with a large number in the rural areas) who can access health services only from the under-funded public health system, and the just over 8 million (mainly urbanised people) on “medical aid coverage” who can access well-resourced private sector health care delivery subsidised by the state.

For example, while one doctor sees 2,457 people in the public health facilities, the estimated ratio of doctors to people on the medical aid scheme is however 1 to 429. These divergent figures, scary enough as they are, are just the tip of the iceberg. The private health facilities have more up-to-date equipment, adequate medical supplies and are more conducive to delivering care.

South Africa might once again be on the cusp of history with the newly-drafted National Health Insurance (NHI).

PSI affiliates and civil society organisations are campaigning for a People’s NHI, unlinked from the Medical Aid Schemes. Publicly funded health must be for the people and not used to subsidize private insurance firms and health providers. Private healthcare has demonstrated its incompetence and how steeped in corruption it is, with R22 bn (US$1.57m) lost to fraud and waste annually.

Rather, the NHI should serve as a pivotal instrument within a mix of government policies and programmes that strengthen the public health system, with active participation of the people.

This is an important step in rolling back the persistence of health inequities in South Africa. The next step is ensuring people over profit in fashioning out macroeconomic and social policies in general. The guarantee for lasting health equity lies in addressing the social, economic and environmental determinants of health.

[2] Heywood, M. (2007). A background to health law and human rights in South Africa. Health and Democracy: A Guide to Human Rights, Health Law and Policy in Post-apartheid South Africa, 2-29, pp: 12