Urgent action and accountability for the 2030 Agenda: now or never 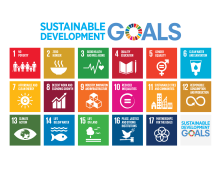 PSI has signed on to the civil society statement in response to the Secretary-General's SDG progress report and the Ministerial Declaration zero draft ahead of the 2018 UN High Level Political Forum.

Three years have passed since governments committed to ending poverty, fighting inequalities and tackling climate change through the 2030 Agenda for Sustainable Development and its 17 Sustainable Development Goals (SDGs). In identifying progress made so far on these shared commitments towards creating a life of dignity and opportunity for all, the 2018 SDGs progress report of the UN Secretary-General paints an alarming picture.

Not only has progress not been made on some of the Agenda’s most intractable and essential objectives, for many of the goals there is not even sufficient data to measure potential gains. More than half of SDG indicators remain unresolved, and many of the baselines mentioned in the report are from 2015 – meaning that, effectively, we have no idea whether the 2030 Agenda is spurring action on these targets or whether any progress on them has been made.

The data we do have indicates that the world is not on track to reach the 2030 Agenda. The hallmarks of the SDGs framing – the attention to inequalities within and between countries, the recognition of the need to simultaneously tackle the economic, social, and environmental dimensions of sustainable development through an interlinkage approach – are not meaningfully reflected in global trends in either implementation or reporting. As the world steadily becomes a more unequal place, a sense of urgency around achieving the 2030 Agenda is lacking and the opportunity to imbue the process with meaningful accountability at all levels is quickly dissipating.

The inclusion of SDG10 (Reduce inequalities within and among countries) represented a major step by governments in collaboration with civil society and other stakeholders in defining the 2030 Agenda. In many ways, however, this critical aspect of the SDGs is neglected: in measurement (indicators are lacking or practically unmeasurable), ownership (no UN agency has stepped forward to ‘claim’ SDG10), framing, and implementation. The SDGs progress report misses many opportunities to draw connections between the dismal statistics it presents – on HIV/AIDS, maternal and child mortality, and lack of access to water, sanitation and hygiene – and the pervasive and ever-increasing nature of inequalities both within and between countries.

Among other explicit evidence of inequalities, the Secretary-General’s report on SDGs progress indicates:

While member states continue to pay lip service to the guiding principle of “Leave no one behind,” they neglect to operationalize this framing into concrete steps towards reducing inequalities by ending all forms of discrimination or ensuring access to services and opportunities. Indigenous peoples, queer, gender non-conforming and trans people, people with disabilities, and other groups historically disenfranchised and discriminated against are barely mentioned in the report, if at all. Beyond the SG’s report, there is authoritative evidence exposes the vast disparities in access to both services and justice demarcated by ethnicity/race, gender, class, or spatiality, in many ‘developed’ and ‘developing’ countries.

Excuses instead of urgency

As the UN member states negotiate the ministerial declaration for the 2018 HLPF, almost none of these crucial issues is reflected. Delegates argue back and forth over the semantics of referring to “vulnerable people” or “people in vulnerable situations,” without committing to concrete or urgent actions to ensure equality of opportunity or equity of circumstance. Powerful countries like the USA request to strike through language that “reaffirms” the shared commitment to the 2030 Agenda, continually negotiating to weaken the draft outcome text. As small island developing states watch their coastlines erode and face more devastating and more frequent hurricanes and typhoons, governments sitting in an air-conditioned conference room in New York debate whether to include language on climate change, preferring instead banal mentions of “weather-related incidents.”

The SG’s progress report indicates that Official Development Assistance (ODA) decreased 0.6% in real terms between 2016 and 2017. Overall, ODA represents only 0.31% of gross national income overall, and only five countries have met or exceeded the 0.7% benchmark. ODA is an obligation, a reckoning on the part of industrialized countries of their historical responsibility to the countries that provided and continue to provide the raw material and human labor that allowed the richer countries to develop. Ten years on from the global economic and financial crisis, for which most of the responsibility lies in the corporate behemoths and enabling policy of industrialized countries, the constraints in the global economy cannot be used as an excuse to dial back international aid. Donor governments should consistently report on their ODA at each year’s accounting of progress towards achieving sustainable development, and the HLPF should explicitly recognize that without significant increases in international public finance, developing countries cannot realistically plan to implement the SDGs, much less achieve them.

Accountability: a word that cannot be spoken aloud at the UN

As the HLPF receives little media attention and civil society participation is limited primarily to those with UN accreditation who can afford staff presence in New York, the governments at the global level are getting away with their inertia on SDG implementation and instead present only cursory reports on progress made. Though the 2030 Agenda is closely tied to the Universal Declaration on Human Rights and other global obligations acknowledging the requirements for a decent and dignified existence, the 2030 Agenda is non-binding, and governments are not obligated to implement it or report on it. The “follow up and review” (explicitly not “accountability”) mechanism, labeled even in its acronym as voluntary, allows each country only 30 minutes to present their national reviews. Many of these Voluntary National Review (VNR) reports cherry-pick only the SDGs currently in focus each year, and the structure of government presentations obscures the impacts one country can have on other countries’ progress on SDGs.

The HLPF – the primary platform for review of SDGs progress – should function as a truly high level, political accountability space to track global efforts in implementing the 2030 Agenda and address its challenges through multilateral and multi-stakeholder efforts. Its current mandate is a long way from providing a meaningful mechanism by which governments can be held to account. Most if not all hope rests on the review of the HLPF modalities scheduled to take place during the 74th session of the UN General Assembly, beginning in September 2019. The GA must dedicate more time, human and financial resources, and political commitment to the HLPF making it a meaningful mechanism for engagement and accountability.

Time is running out to make the SDGs meaningful

2018 marks the third opportunity for governments to report on their SDGs progress. Fewer than twelve years remain to take urgent action nationally and globally to achieve the 2030 Agenda and ensure all the world’s inhabitants can live in dignity and see their human rights fulfilled. The international community now finds itself at a crucial junction – perhaps the last – to generate the political momentum necessary to put in place policy, programs, and funding to reach the shared commitments of the SDGs. This year’s HLPF is maybe one of the only remaining opportunities to demonstrate the leadership of the UN in the sustainable development arena and the significance of government commitments in this space to improve the situation of the planet and all who live in it. As the foundation of multilateralism is under threat, the SDGs must offer guidance, hope and change. In July at United Nations Headquarters, we encourage governments to show the world that this is exactly what they are doing.