Hurricane Matthew wrought devastation as it made landfall in Haïti on 3 and 4 October, killing hundreds, displacing thousands, destroying homes and causing widespread flooding across the impoverished nation. Matthew has left Haïti in desperate need of aid. PSI is calling on all affiliates to donate to the PSI Haiti Relief Fund. The funds will be used for the immediate relief and assistance to the members of PSI’s affiliate, the CTSP, who live in the affected towns.

Hurricane Matthew has dealt a vicious blow to the Haïtian people particularly those living in the south-west peninsula of the country. While the capital and biggest city, Port-au-Prince, was largely spared, the towns of Jeremie, Port Salut and Aux Cayes, in the south have suffered devastation. The loss of lives is immeasurable and the damage to homes and the limited infrastructure worsens an already fragile existence. 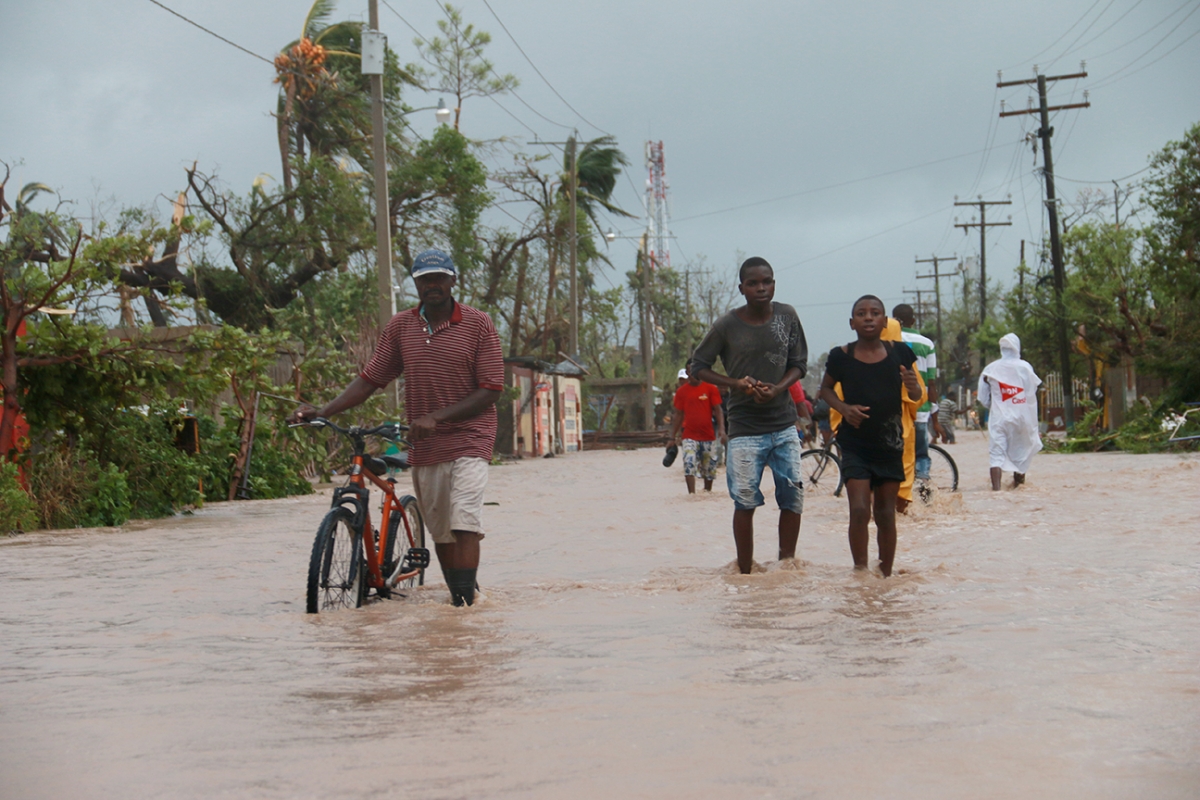 The storm killed at least 1,000 people, destroying houses, causing widespread flooding and displacing tens of thousands. According to the U.N. Office for the Coordination of Humanitarian Affairs, 1.4 million people have been left in need of humanitarian assistance. A humanitarian crisis is now unfolding for the survivors. There are fears of famine and the country is struggling to cope with a rise in cholera cases with officials warning that contaminated water and a lack of hygiene are posing serious risks to thousands of people.

This tragedy occurred when Haiti had still not fully recovered from the devastating 2010 earthquake. In 2011, PSI, together with its Canadian affiliates, the Canadian Union of Public Employees (CUPE) and the Public Service Alliance of Canada (PSAC), led a team to Haïti’s capital Port-au-Prince to rebuild the offices of PSI’s affiliate in Haiti, the “Confédération des Travailleurs/euses du Secteur Public et Privé” (CTSP), that were destroyed during the earthquake. The administrative offices of the CTSP were rebuilt and an internet café, equipped with nine computers, was constructed to provide direct service to CTSP members.

Following the disaster on 4 October, PSI has been in contact with its affiliate in Haïti. The CTSP offices in Port-au-Prince were not affected by Hurricane Matthew and have reopened again, however, the CTSP has reported that many of its members in the south of the country have lost their homes and belongings and are in desperate need of materials to help them rebuild their homes, clothing and footwear, food supplies, hygiene kits, medicines, water treatment tablets and filters, chlorine, corrugated sheets, wood, and other building supplies/materials. These members are also first responders in the affected areas – electricity workers, nurses and doctors – who have also been adversely affected, and are giving invaluable service to others in the communities.

“We are working to find out the specific needs and develop a mechanism to help these victims in Jeremie and Aux Cayes”, said Jean Bonald Fatal, CTSP General Secretary. Starting 15 October, a team from CTSP will visit the towns offering its support to its members and the communities in Jeremie and Aux Cayes.  “The CTSP is strongly counting on the support and solidarity of our brothers and sisters at PSI,” he added.

Public Services International has launched an appeal to collect donations via the PSI Haiti Relief Fund to help our sisters and brothers in Haïti and we call on all affiliates to send in their support. Donations to the fund will focus on prioritising emergency assistance to members and their families in the south-west.

All bank transfers must have the reference "PSI Aid Fund – Haiti 2016”. Please remember to include your affiliate number in the text of all bank transfers, to ensure that contributions are directed accordingly, and to inform PSI at psiaidfund@world-psi.org when making a transfer. This enables PSI to acknowledge your donation with a letter and a certificate. Banking details are as follows:

Thanking you in advance for your generous support.