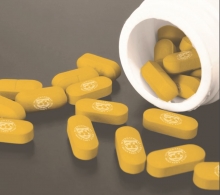 A report by EURODAD investigates the IMF policy of attaching policy conditions to its loans. Not only do these conditionalities undermine the sovereignty of countries that receive IMF loans, they also promote austerity measures to detriment of public services.

PSI has consistently argued that international financial institutions (IFIs) contribute to undermining the realisation of the right to health, particularly in low- and middle-income countries. A report titled Unhealthy conditions: IMF loan conditionality and its impact on health financing, issued at the end of last year by the European Network on Debt and Development (EURODAD) confirms this perspective, and draws global attention to the fact that such bad practice might be getting worse.

The focus of this EURODAD research was the International Monetary Fund (IMF) practice of attaching policy conditions to its loans, particularly for crisis-hit countries. It investigated the conditions attached to IMF loans for 26 country programmes that were approved in 2016 and 2017. Its findings were compared to those of a previous study of the Network covering IMF programmes approved in 2011 to 2013.

Quantitative conditions for IMF loans, otherwise described by the institution as quantitative performance criteria (QPCs) “relate to macroeconomic variables under the control of the authorities, such as monetary and credit aggregates, international reserves, fiscal balances, and external borrowing”. Structural conditions, or Structural Benchmarks (SBs) as they are called, involve economic reforms that require legislation and critical policy changes.

These conditionalities undermine the sovereignty of countries which receive IMF facilities. They tend to promote austerity measures, with cuts in the funding of public services, such as healthcare delivery.

The EURODAD report further points out that:

“There are many pathways through which IMF conditionalities impact on health systems and access to health services – in particular, debt service payments, fiscal deficit reduction and limitations to public sector employment.”

Much needed funds for health services get committed to debt service payments. And to meet fiscal deficit targets set as quantitative conditionalities, governments are constrained to constrict public health expenditure. Indeed, in 23 out of the 26 country programmes, “financial consolidation” (a euphemism for austerity measures) is clearly spelt out in the programme objectives, policies and strategies.

The continued neoliberal thrust of IMF loan facilities undermines the possibility of achieving the Sustainable Development Goals. Health is a fundamental poverty-related sector which is particularly vulnerable to decreased spending. Debts incurred by less developed countries is generally considered by the IMF in macroeconomic terms with little explicit account taken of the link between debt and the achievement of social development goals.

Reviewing the impact of IMF programmes in 21 countries over two decades, researchers demonstrated in 2008 that IMF programme conditionalities are associated with worsening health outcomes. And in 2015, it was established that decades of prioritising debt payments over investment contributed significantly to the devastating extent of the Ebola outbreak’s impact in Guinea, Liberia and Sierra Leone. Health services had been starved of investment, including vital public health infrastructure, undermining crisis preparedness in what were already fragile health systems. Not less than 11,315 lives were lost as a result.

The continued promotion of unhealthy loan conditionalities by the IMF cannot be allowed to continue. A fundamental change in approach is required. PSI shares the policy recommendations of EURODAD: expansion of fiscal space through debt restructuring as a first option, and demonstrable respect for states’ democratic ownership of their policy instruments.

IMF loans are meant to help member countries tackle balance of payments problems, stabilize their economies, and restore sustainable economic growth. Thus, countries turn to the IFIs when they have economic problems. Addressing economic challenges must, however, not be at the cost of social wellbeing. A better future is impossible without health being realized as a fundamental human right. People and not profit must be at the heart of development for this to be sustainable and humane.

The IMF’s debt sustainability assessments should thus be complemented with independent Human Rights Impact Assessments (HRIA). This will help ascertain the implications of debt burdens and ensure they are restructured so that countries can meet the targets of the Sustainable Development Goals and fulfil their human rights obligations to the people.