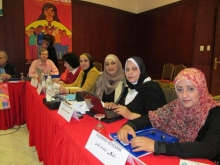 They continue to live with the realities of ongoing wars and revolutions, discrimination and abuse, but Arab women are finding ways to organise for a better future through sisterhood and trade union solidarity across borders.

Through an initiative made possible by PSI affiliates Kommunal, ST and VISION and sponsored by the Swedish trade union development organisation LO/TCO, 33 women trade unionists from across the Middle East and North Africa participated in a regional women’s leadership conference in Tunis on 23-24 March 2013. 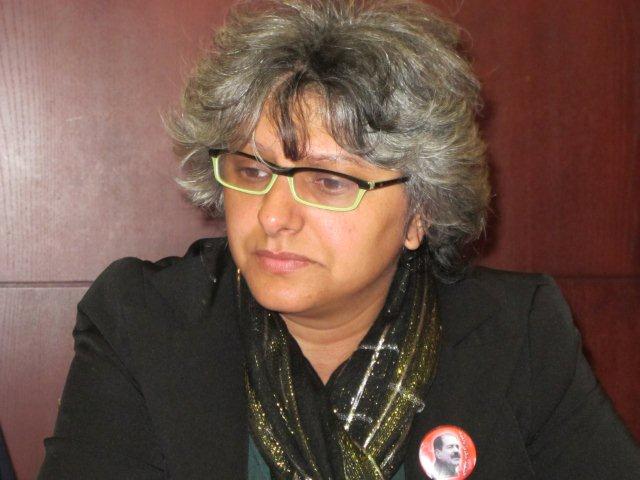 In a poignant address to the group, Tunisian lawyer and women’s rights activist Basma Khalfaoui said she had made a special effort to speak to this gathering of PSI women trade unionists “because women must lead the way for peace and equality in the MENA region.” Khalfaoui’s husband, Tunisian opposition leader and trade union supporter Chokri Belaïd, was assassinated by gunmen on 6 February in Tunis. The killers have yet to be brought to justice. Khalfaoui believes that the Ennadha Movement, currently holding government leadership, is directly implicated.

Meeting chair Anan Qadri recommended to PSI "that we have a mechanism to monitor and support gender issues. We know that sister Rosa [Pavanelli, PSI’s new general secretary] believes in women’s empowerment. Women are powerful, especially women in the Arab region who are part of these revolutions.  We are fully aware of our potential and capacity, and we will move forward with the support of PSI and each other.” 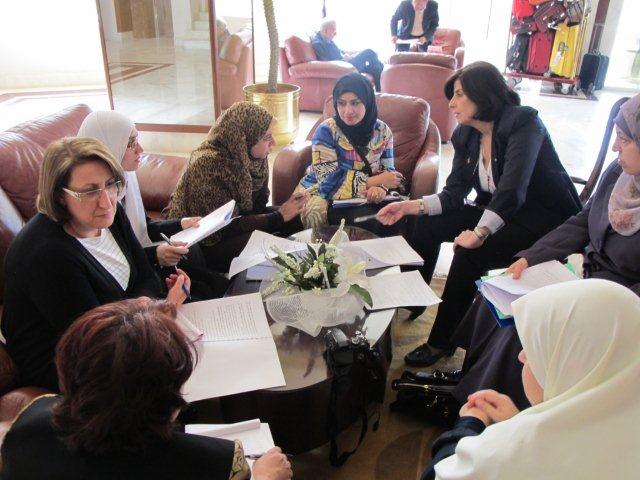 At the end of two full days of discussion and presentations, participants set a shortlist of action priorities for the region. These include: building the capacity of women to engage as union members and leaders, demanding laws are enforced to ensure women’s rights and protection from violence and discrimination, addressing the impact of precarious work on women, and continuing to communicate and grow the support network for MENA women trade unionists, including through social media connections.