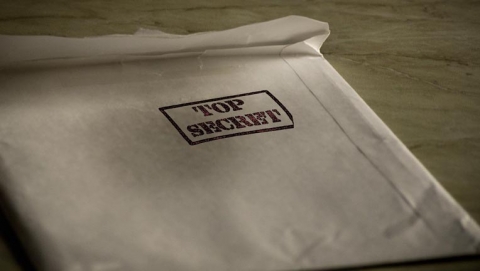 Governments meeting this week in Geneva, Switzerland are negotiating in secret a proposed Trade in Services Agreement (TISA). The 48 countries participating in the TISA negotiation seem intent on imposing the corporate agenda of using trade agreements to bind countries to extreme liberalisation and deregulation in order to ensure greater corporate profits at the expense of workers, farmers, service users and the environment. In few words: at the expense of people.

Download this media release in PDF format - See German, Japanese and Swedish translations at the foot of this page.

TISA is conceived to surpass General Agreement on Trade in Services (GATS) and free trade agreement (FTA) rules in restricting governments’ right to regulate and invest for the common good.

Public Services International General Secretary Rosa Pavanelli says, “We call on our affiliates to urge their national governments to withdraw from talks on this proposed Trade in Services Agreement and to mobilize workers and communities against this deal which is an assault on the public interest.

“We believe this deal is about transferring public services into the hands of private and foreign corporations motivated only by profit. This will undermine people’s rights and affordable access to vital public services such as healthcare, water and sanitation, energy, education, social services and pensions, and exploit common goods and natural resources.”

The negotiating countries are all World Trade Organization (WTO) members who represent most of the membership of the Organisation for Economic Cooperation and Development (OECD), plus eight developing countries, self-defined as “Really Good Friends of Services.” The proposed agreement aims to substantially liberalize all trade in services including in construction, financial services, public services as well as business and professional services. The agreement will decrease regulation across the board.

Pavanelli adds, “If governments are so confident that they are working in the interests of the people they represent, why do they continue to conduct these secret and undemocratic negotiations? This deal is rotten on so many fronts. It is unacceptable that our own governments are excluding us from discussion of laws and policies that will impact social and economic justice, equality and living condition for billions of people.

“Further, it appears that government leaders have learned nothing from the financial crisis: instead of adopting stronger financial regulation and supporting public investment, they surrender to the greed of corporate interests and markets in selling out our communities.”

TISA also promotes the liberalisation of so-called temporary movement of natural persons, who are actually migrant workers, without guaranteeing legal protections for their human rights. Workers are not a commodity; migration is outside the competence of trade agreements and must be dealt with through the tripartite framework of the International Labour Organization (ILO).

Public Services International is not alone in demanding that negotiating countries exclude all public services from the scope of any such agreement. The International Trade Union Confederation (ITUC), the European Trade Union Confederation (ETUC) are supporting the demand and more than 340 major civil society organisations are united in speaking out against the deal. The groups, representing tens of millions of people in countries around the world, have signed a joint letter calling on governments and the World Trade Organization to abandon the talks.

“It’s time to call for transparency. It’s time for the media to highlight what is happening in secret. It’s time for people and workers to decide what’s best for our communities. It’s time for democracy - not for business greed,” Pavanelli says.