Miguel Ángel Mejía: “Since 2009, workers' rights have been decimated in Honduras” 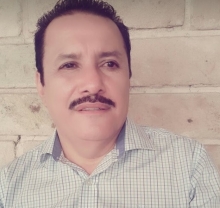 In an interview for PSI, the president of the Union of Medical, Hospital and Similar Workers (Sitramedhys) talks about the situation in the Central American country after suspicions of electoral fraud. “Our perspectives for the future, once the will of the government is imposed, are not very encouraging”.

Honduras is experiencing a period of great tension since the general election of 26 November. During the vote count, the computerized counting system broke down for almost ten hours, just as the first results were showing a 5 percent advantage to Salvador Nasralla, the candidate of the Opposition Alliance. When the system started to function again, the ruling candidate and current president Juan Orlando Hernández was in a better position and, according to the figures, obtained the majority of votes with a total of 51,260.

The opposition has accused the government of election fraud, and is demanding that 5,173 ballot boxes be recounted. Meanwhile, there have been sporadic protests in the country. Since 1 December, the government has suspended constitutional guarantees and decreed a ten-day curfew.

The PSI Communications team interviewed Miguel Ángel Mejía, president of the Union of Medical, Hospital and Similar Workers (Sindicato de Trabajadores de la Medicina, Hospitales y Similares/Sitramedhys), affiliated to PSI, on the situation in Honduras and on the perspectives for the future.

What can you tell us about the current situation in Honduras?

We were called to the general elections on November 26 of this year. The public went to the polls in a very calm and peaceful manner, feeling very determined, very forceful and very civic. Surprisingly, while the votes were being counted and the opposition party candidate was winning, the system suddenly broke down and was out of order for ten hours, then when the system returned, the official candidate was winning.

This has angered the people here in Honduras, and people went to the streets to demonstrate peacefully. Undoubtedly there were cases of vandalism. The opposition parties have accused the ruling party of infiltrating the demonstrations and committing these acts of vandalism to justify the curfew. But the Honduran population are applying civil disobedience and have not complied with the curfew, instead holding demonstrations against it.

How does SITRAMEDHYS observe the situation and how does it intend to react to the latest events?

We are extremely concerned. In the administration of this “president”, we have suffered violations of our rights and setbacks regarding our conquests. The entire Honduran trade union movement is concerned, and we hope that by the deadline to declare the winner of the presidential elections, the government will have complied with the provisions that have been issued by the Organization of American States (OAS) and the European Union, namely to review again the 5,173 ballot boxes that are in dispute. And we hope that the will of the Honduran people, as expressed through the ballot boxes, will be imposed.

How is the situation of union and labor rights in Honduras since the deposition of Manuel Zelaya in 2009?

They have been tremendously stripped down. The labour rights and the conquests of the workers have been reduced to a minimum, but our union has at least kept the right to collective bargaining as far as possible. After a five-year wage freeze, in 2016 we obtained a wage adjustment divided over two years, at least we achieved that. But in general terms, the conquests and the rights of the workers have been decimated. The government has introduced laws that affect them. And we believe that this situation will get even worse.

So, the perspectives are not good.

No. Our perspectives for the future, once the will of the government is imposed, are not very encouraging. It is a very bleak picture, which we hope will not materialize, for the well-being of the Honduran working class and the Honduran people in general.