Global wage growth in 2017 fell to its lowest rate since 2008, far below levels before the global financial crisis, according to a new International Labour Organization (ILO) report. The gender pay gap, at about 20 per cent globally, remains unacceptably high.

“It’s puzzling that in high-income economies we see slow wage growth alongside a recovery in GDP growth and falling unemployment. And early indications suggest that slow wage growth continues in 2018,” said ILO Director-General Guy Ryder. “Such stagnating wages are an obstacle to economic growth and rising living standards. Countries should explore, with their social partners, ways to achieve socially and economically sustainable wage growth.”

In the last 20 years, average real wages have almost tripled in emerging and developing G20 countries, while in advanced G20 countries they have increased by just 9 per cent, the report shows. But, in many low- and middle-income economies, wage inequality remains high and wages are frequently insufficient to cover the needs of workers and their families.

The report calculates gender pay gaps in innovative and more accurate ways, using data covering some 70 countries and about 80 per cent of wage employees worldwide. It finds that globally women continue to be paid approximately 20 per cent less than men.

“The gender pay gap represents one of today’s greatest manifestations of social injustice, and all countries should try to better understand what lies behind them and accelerate progress towards gender equality,” said Guy Ryder.

Using empirical evidence, the report also shows that traditional explanations, such as differences in the levels of education between men and women who work in paid employment, play a limited role in explaining gender pay gaps. 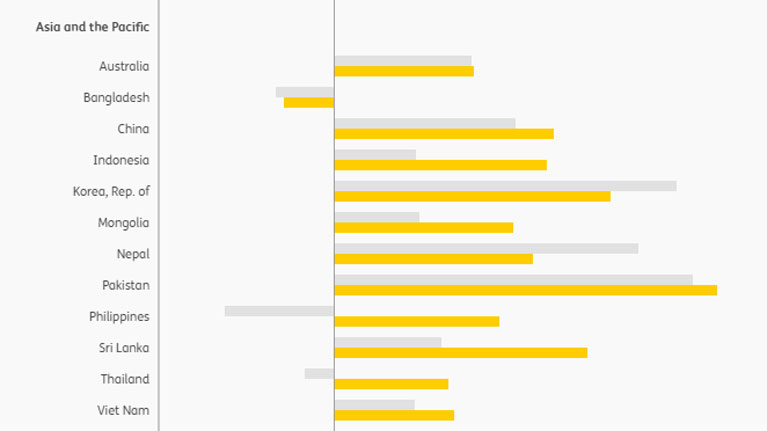 How big is the gender pay gap in your country?  “In many countries women are more highly educated than men but earn lower wages, even when they work in the same occupational categories,” said Rosalia Vazquez-Alvarez, econometrician and wage specialist at the ILO and one of the authors of the report. “The wages of both men and women also tend to be lower in enterprises and occupations with a predominantly female workforce. To reduce gender pay gaps more emphasis therefore needs to be placed on ensuring equal pay for women and men, and on addressing the undervaluation of women’s work,” she said.

Another factor which weighs on the gender wage gap is motherhood. The report shows that mothers tend to have lower wages compared to non-mothers. This may be related to a host of factors, including labour market interruptions, reductions in working time, employment in more family-friendly jobs with lower wages, or stereotypical promotion decisions at enterprise level.

According to the report, a more equitable sharing of family duties between men and women would in many instances lead to women making different occupational choices.

Surprisingly, the evidence shows that even before women reach motherhood, there is already a pay gap. This suggests a need to combat stereotypes and discrimination at the point of entry into the labour market.