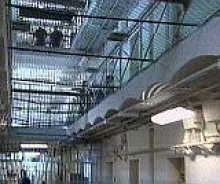 Investing in companies in the prison business carries financial, headline and regulatory risks, the union says in its second report on the topic, Private Prisons and Investment Risks, Part Two: How Private Prison Companies Fuel Mass Incarceration—and How Public Pension Funds Are at Risk. The AFT, the second-largest teachers’ union in the US, represents 1.7 million members participating in pension funds with an estimated $3 trillion under management.

“This is, first and foremost, a humanitarian and civil rights issue -- but it is also a financial issue that brings the misaligned incentives of our justice system into stark relief,” said AFT President Randi Weingarten. “Private prisons and private equity firms that invest in corrections companies are profiting from jailing people -- disproportionately people of color -- and are a major contributor to the United States’ world-leading incarceration rate.”

“Although private equity firms acquire corrections companies in an attempt to make money for their principals and investors, the cost-cutting involved has led to allegations that some of these companies neglect, mistreat or abuse prisoners and take advantage of the families of the incarcerated,” the report says.