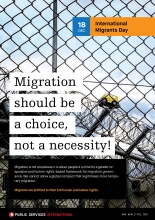 18 December 2017 - “We need a Global Compact on Migration that protects human rights and addresses the root causes of forced migration”. This is the message of Public Services International in commemoration of December 18 International Migrants Day.

Conflicts, violence, human rights violations, climate disasters, extreme poverty and unemployment continue to drive people from their homelands in search of safety and livelihood opportunities. Currently, there are almost 250 million international migrants, more than half of whom are migrating for work. Adding to this, there are around 66 million people forcibly displaced from their homes due to violence, conflicts and human rights violations.

“The situation of human slavery in Libya, of migrants being auctioned for forced labour, crammed in camps, beaten up and abused by human smugglers and traffickers haunts our conscience as a human race,” says Rosa Pavanelli, General Secretary of Public Services International.

“Unfortunately, Libya is not an isolated case. Migrants risk their lives crossing the Mediterranean Sea, they perish in their attempts to cross arid deserts, such as in the Sahara and Mexico, or they injure themselves attempting to go through razor-wire border fences in Europe.  More than 6,700 Rohingya Muslims, among them 730 children, have been reported killed while fleeing violence. The list goes on,” she says.

“While we witness appalled by these daily tragedies, the European Union is hypocritically paralysed by inertia. European governments are paying to create new barriers in Turkey, in Tunisia, in Libya, in Niger, and in fact, moving their borders away from Europe to protect their territories as a fortress. The USA administration wants to create a wall on the Mexican border to stop migrants, adopted legislation by which migrant children are threatened to be deported, while pulling out of the United Nations negotiations for a Global Compact on Migration. These policies are spreading fear, xenophobia and racism, destabilising social and political cohesion and undermining peace and security,” says Pavanelli.

The 2016 UN General Assembly mandated the development of a Global Compact on Migration that will set out a framework of principles, commitments and agreements among Member States on all dimensions of international migration to be adopted by the UN in 2018.

“A year from now, the United Nations will have a Global Compact on Migration. It will not be an easy process and we can expect a lot of compromises. However, what cannot be compromised is the commitment to human rights and sustainable development, to save lives, and to preserve the dignity of every migrant, without discrimination of any kind,” she says.

“What we need is a Global Compact on Migration that protects human rights and addresses the root causes of forced migration. It cannot be a global compact that legitimises temporary and circular migration, which has human rights shortcomings. Neither can it be a compact that promotes migration as a tool for development, for that is a flawed model of development, perpetuating the imbalances between rich and poor countries,” stresses Pavanelli.

“For the Global Compact to work, it has to be tackled in parallel with global efforts to achieve the Sustainable Development Goals, addressing economic asymmetries, underdevelopment, climate change, structural inequalities, poverty, human and trade union rights, democracy and peace. In all this, strong social policies and access to quality public services are key,” she says.

“Moreover, we know that large movements of people and migration are taking place as a result of these drivers. But what is disturbing within this trend is the increasing phenomenon of the “migration business.” States are disengaging from their human rights and humanitarian obligations, and outsourcing them to private companies and businesses. Reception centres, shelter, health care, social services and detention facilities have become a profitable business for these companies,” warns Pavanelli.

PSI, the European Federation of Public Service Unions (EPSU) and the Public Services International Research Unit (PSIRU), jointly published a Report entitled, Privatisation of Migration & Refugee Services & Other Forms of State Disengagement. The report documents the extent and impact of the privatisation of these services on the human rights of migrants and refugees, on the host communities and on the workers delivering the services.

The report is available here. 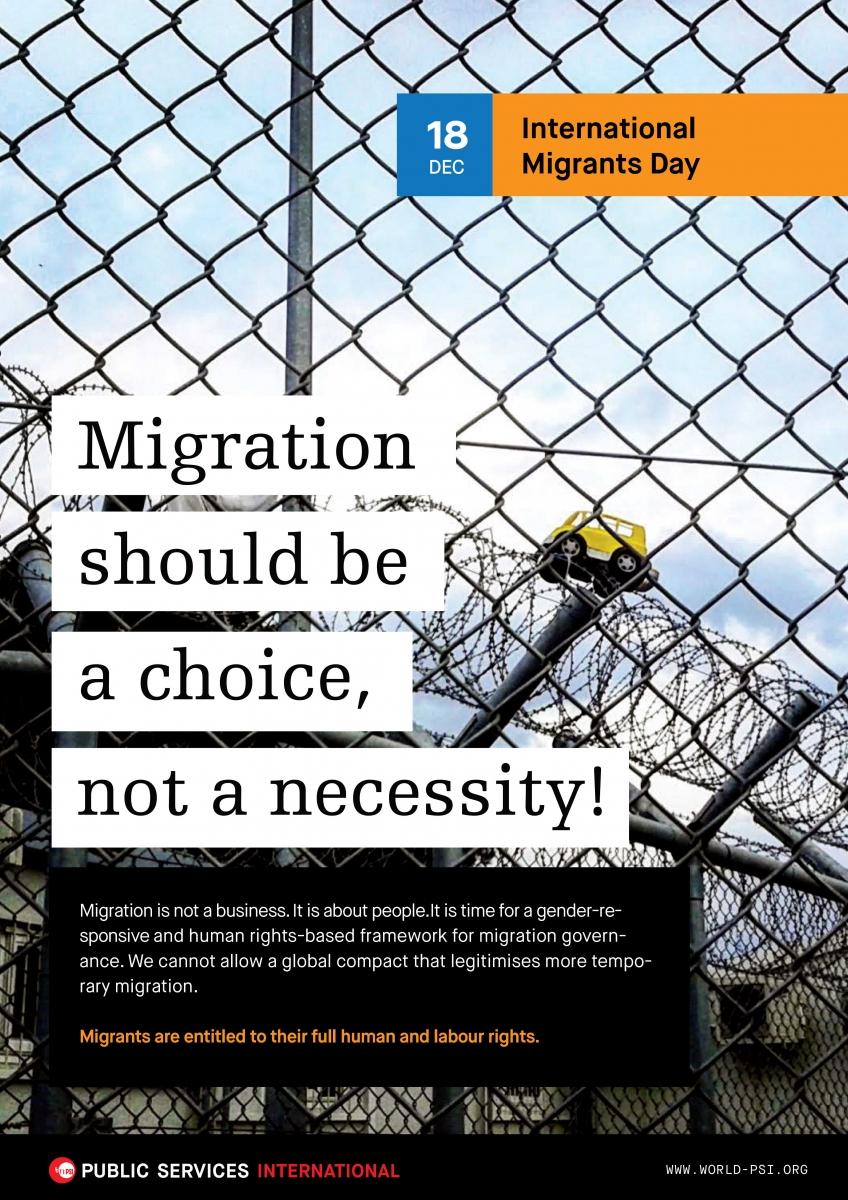 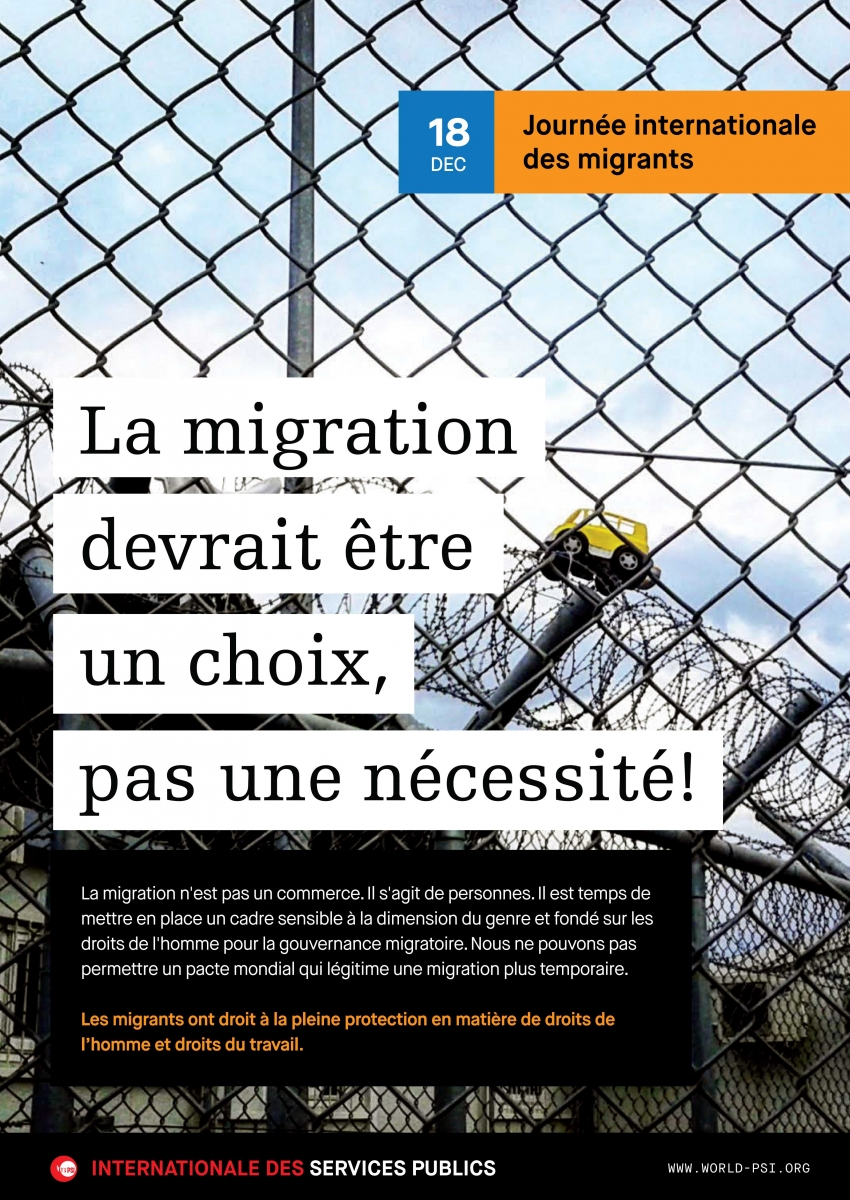 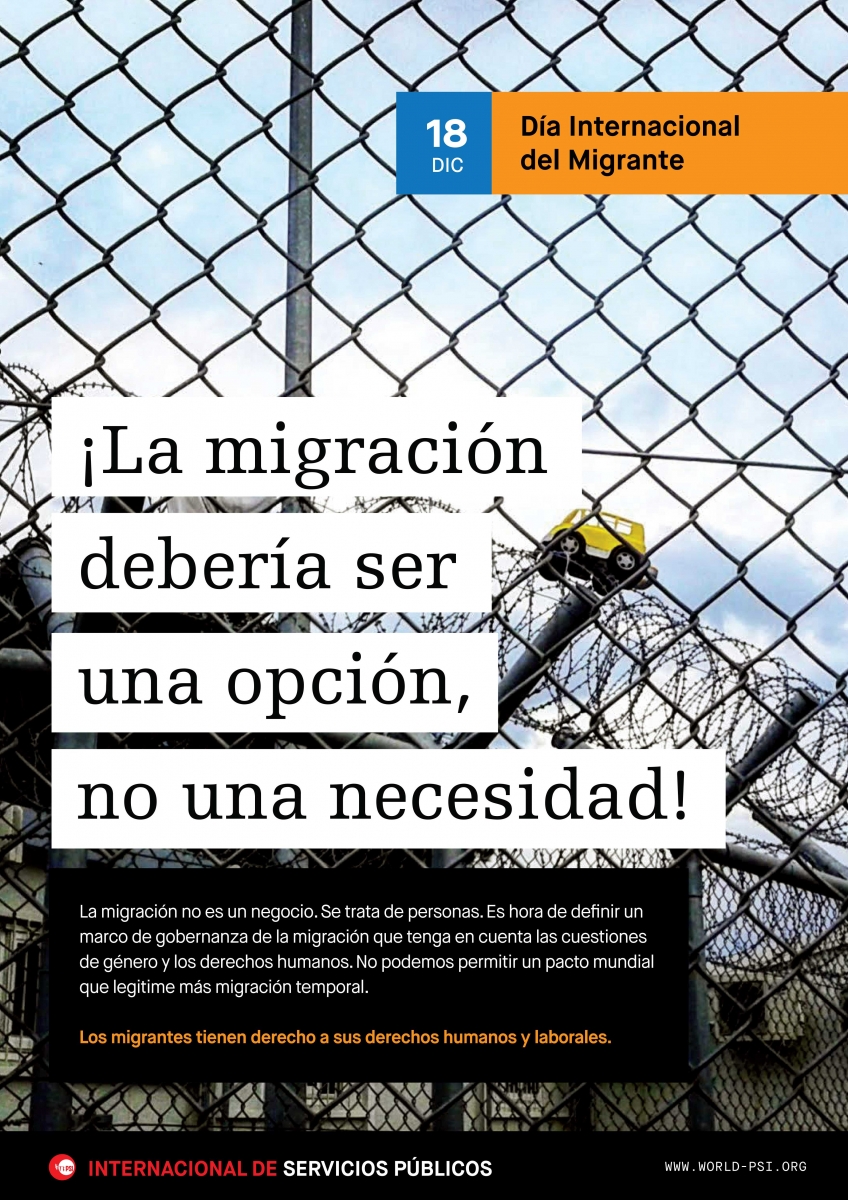