Deep concern about the World Bank support for privatisation in education 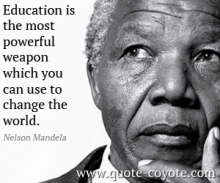 On 14 May, more than 100 organisations across the world released a joint open statement expressing deep concerns about the World Bank’s support for the development of a multinational chain of low-fee profit-making private primary schools targeting poor families in Kenya and Uganda.

On 14 May, more than 100 organisations across the world released a joint open statement addressed to the president of the World Bank, Jim Kim. The statement expresses their deep concerns about the World Bank’s expressed support for the development of a multinational chain of low-fee profit-making private primary schools targeting poor families in Kenya and Uganda, Bridge International Academies (BIA). It comes as a response to a recent speech of the president of the World Bank, Jim Kim, who praised BIA as a means to alleviate poverty.

With signatories including community-based, national, and international organisations, as well as networks and trade unions representing thousands of organisations and millions of individuals in five continents, the statement reflects a growing global movement questioning policies in support for private education in developing countries, including from the World Bank. The statement was written and signed by 30 organisations in Uganda and Kenya, which are the countries primarily affected by the World Bank policy, and received the additional support of 116 organisations.

BIA uses highly standardised teaching methods, untrained low-paid teachers, and aggressive marketing strategies to target poor households, building on their aspiration to a better life to sell them its services. According to a resident of Mathare, one of the oldest informal settlements in Nairobi, where BIA operates:

Bridge, they come here, but they don’t understand how things work. They don’t work with other schools, with the community. They just come from door to door to sell their product.

Nevertheless, the World Bank has invested 10 million dollars in BIA, while on the other hand it has no active or planned investments in either Kenya or Uganda’s public basic education systems.

In his speech delivered earlier in April, Jim Kim claimed that that “average scores for reading and math have risen high above their public school peers” in Bridge International Academies. Yet, the source of the data quoted by Jim Kim has not been disclosed by the World Bank, and it appears to have been taken directly from a study conducted by BIA itself.

The World Bank president further stated that “the cost per student at Bridge Academies is just $6 dollars a month”. This suggestion that $6 is an acceptable amount of money for poor households to pay reveals a profound lack of understanding of the reality of the lives of the poorest. Kenyan and Ugandan organisations have calculated that for half of the population in Kenya and Uganda, spending $6 per month per child to send three primary school age children to a Bridge Academy would cost at least a quarter of their monthly income – whereas these families are already struggling to be able to provide three meals a day to their children.

Moreover, the real total cost of sending one child to a Bridge school may in fact be between $9 and $13 a month, and up to $20 when including school meals. Based on these figures, sending three children to BIA would represent 68% (in Kenya) to 75% (in Uganda) of the monthly income of half the population in these countries.

Salima Namusobya, the Director of the Initiative for Socio-Economic Rights, a Ugandan organisation that also signed the joint statement, said:

If the World Bank is genuine about fulfilling its mission to provide every child with the chance to have a high-quality primary education regardless of their family’s income, they should be campaigning for a no-fee system in particular contexts like that of Uganda.

The speech from Jim Kim came shortly after members of civil society from several countries, including Uganda, met with senior education officials of the World Bank specifically to discuss its support for fee-charging, private primary schools, and funding for BIA in particular.

It also comes at a time where there is an unprecedented increase in financing of private education across the world, especially in Africa, often with the support of foreign investors. These investments have attracted equally growing criticism, including in a recent report highlighting how the UK government, via its Department for International Development (DfID), supports privatising education and health services. DfID is also an investor in Bridge International Academies.

The organisations’ statement calls on the World Bank in particular to stop promoting and cease investing in Bridge International Academies and other fee-charging, private providers of basic education, and instead to support the free, public, quality education which the laws applicable in Kenya, Uganda, and other countries require.

BIA is backed by Bill Gates, Mark Zuckerberg, Pierre Omidiya, and multinational publishing company Pearson, among others. It operates in Kenya and Uganda, with plans to invest in Nigeria, India and other countries. It now has close to 120,000 pupils enrolled in more than 400 schools.