Hope has no borders – Public services welcome migrants and refugees 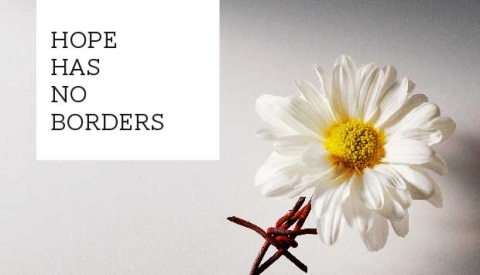 Rosa Pavanelli, PSI General Secretary says: “Today inequality between and inside countries is at a historic high and there are more displaced persons than at the end of the Second World War. Public service workers are on the frontline to receive and support migrants and refugees. Hope has no borders and we cannot let workers be divided because of race and country of origin. We must stand united and ensure that all women, men and children have access to quality public services and their human rights are respected.”

The migration and refugee crisis is leading to critical situations due to a lack of investment in public services that have already been underfunded and privatized for the last decades. Women and children are the first victims of violence in conflict zones but they also often remain in peril once they end up in camps where there is no protection nor rule of law and exploitation is rife. Migrant women are exposed to trafficking, often do not have access to decent work and social protection and are heavily discriminated against, leading to physical and psychological scars that can have an impact for generations to come.

Around the world, populist politicians are raising the flag of racism and xenophobia to hide the fact that they represent the interests of the few, not the many. Austerity policies, secret tax deals, corruption and deregulation of the labour market support an economic model in pursuit of ever more profit for a very small minority. Racism is the cause of inhuman suffering for millions of workers, driven by economic, social and political exclusion and lack of access to justice.

Rosa Pavanelli continues, “EU leaders and governments are feeding a political process that is unacceptable, shameful and contributes to division, growing racism and discrimination between large groups of the population. Instead of seizing the historic opportunity to fight racism and xenophobia, upholding Europe’s values and the European social model a deal has been made that goes against the most basic human rights principles. We continue to call for the establishment of genuinely safe and legal passages to Europe including from Turkey, as part of a broader global responsibility, to avoid forcing human beings to go through the dangers of the Aegean Sea, the Balkan or North African routes and to stop outsourcing EU obligations to provide international protection and human rights to third countries. We want bridges not walls!”

Fighting racism means challenging governments and supporting organizations that are the voice of those who are marginalized. Investing in education and inclusive policies are the key to fight prejudice and racism. The trade union movement must continue to fight for proactive pay and employment equity legislation, including through collective bargaining, which will eliminate the systemic discrimination in employment faced by indigenous peoples, women, persons with disabilities, LGBTi, young, migrant workers and refugees.

In our unions fighting racism means adopting an antiracism action plan which includes changes in representation, inclusiveness and integration of issues and ideas. By doing so, public service workers create and contribute to a society that will truly eliminate racism. SAY NO TO RACISM!