PSI, in partnership with and through the support of its affiliate ASSR, and Union to Union, Sweden, went to visit one of the largest camps for internally displaced persons (IDPs) in the Federal Capital Territory of Nigeria. The activity was part of a new project launched this year on Building Trade Union Capacity to Defend the Human Rights of Internally Displaced Persons (IDPs) to Quality Public Services in Nigeria. 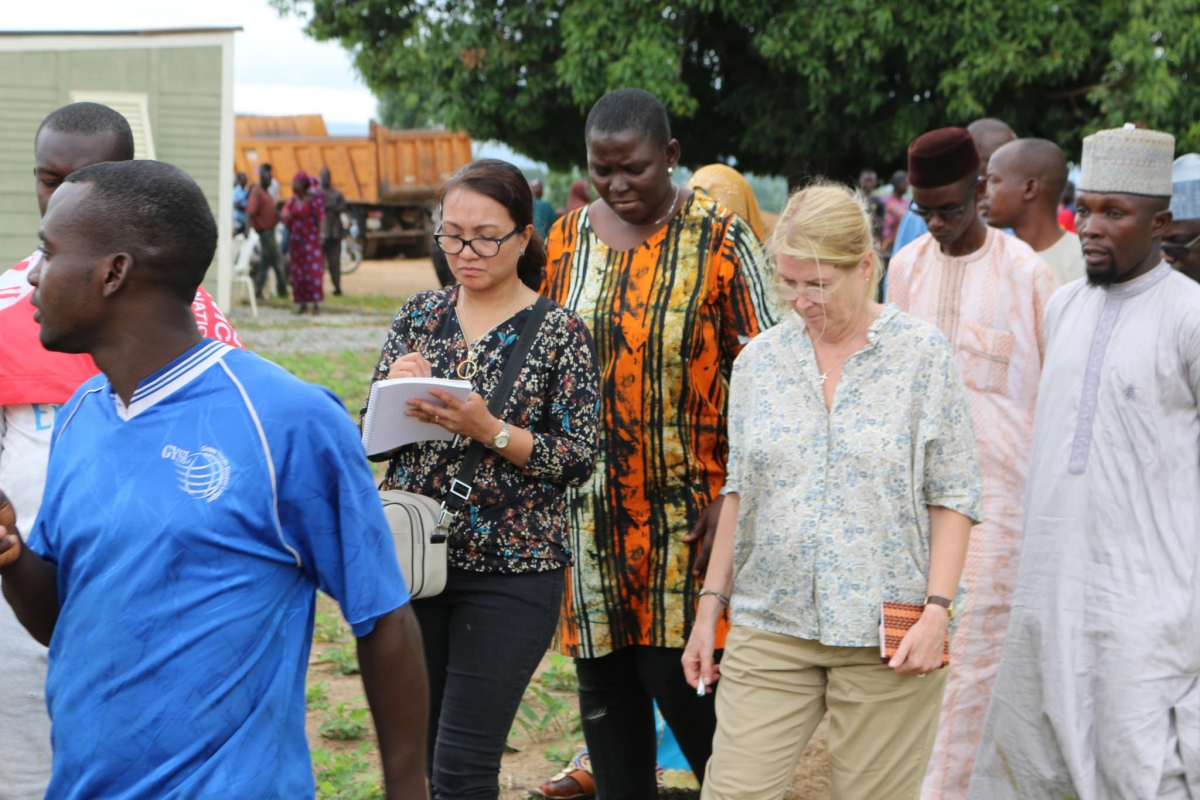 June 2018, Abuja, Nigeria - For what should have ordinarily been a twenty-minute drive from the principal streets of the administrative capital city of Nigeria, any first timer visiting this part of town can be quite discouraged to continue the journey through the dusty, partly muddy, unlevelled and remote roads that lead to the Wasa Internally Displaced Persons Camp.

What is sure though, if you continue, is that there is a large community of people who have had to begin their lives in this foreign environment, albeit in their own country.

Public Services International (PSI), in partnership with and through the support of its affiliate, ASSR, and Union to Union, Sweden, went to visit one of the largest camps for internally displaced persons (IDPs) in the Federal Capital Territory of Nigeria. The activity was part of a new project launched this year on Building Trade Union Capacity to Defend the Human Rights of Internally Displaced Persons (IDPs) to Quality Public Services in Nigeria. The project involves PSI’s health sector unions, the National Association of Nigerian Nurses and Midwives (NANNM) and the Medical and Health Workers Union of Nigeria (MHWUN). 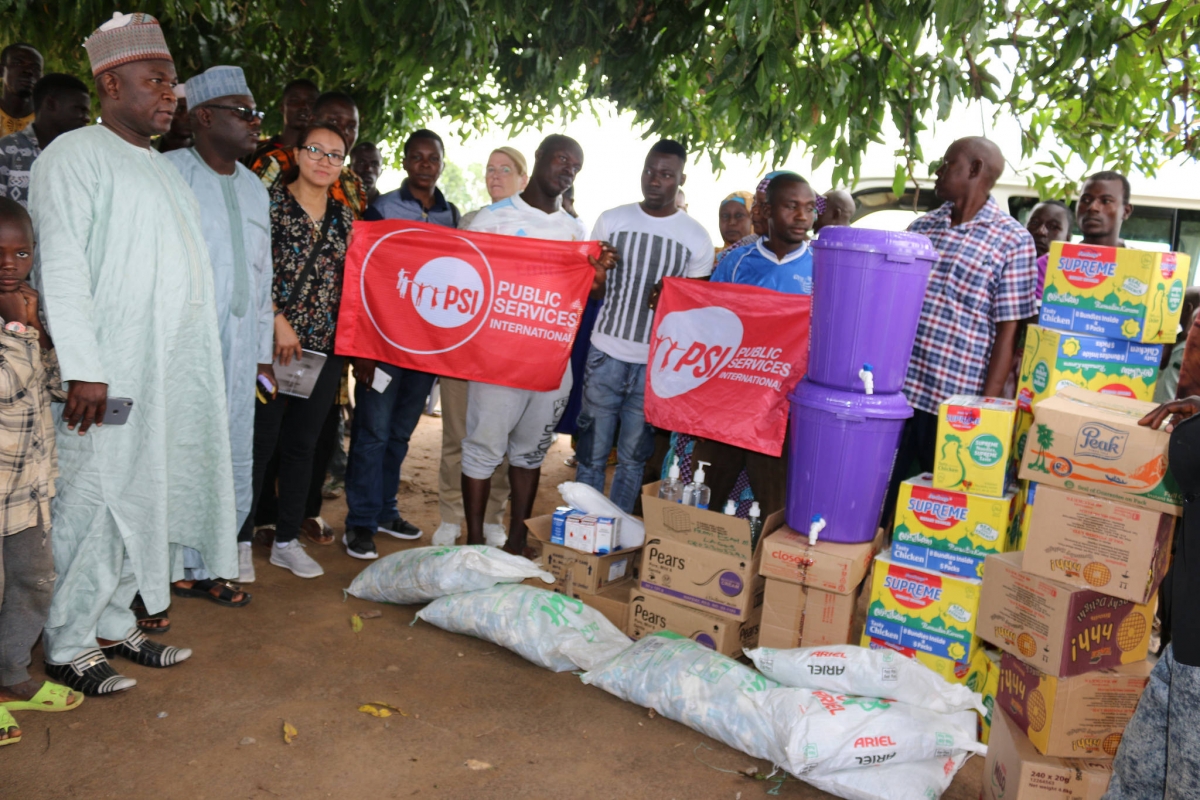 Across the globe, more than 40 million people are internally displaced due to conflict and violence. The highest concentration of IDPs is found in Africa, with Nigeria topping the list.

Since 2009, violent attacks by the Boko Haram Islamic extremist group have affected 14.8 million people in the northeastern part of the country, covering Adamawa, Gombe, Borno and Yobe States. The conflict has claimed around 20,000 lives and forcibly displaced 2.16 million people. The PSI project is a nationwide project, but with most of the activities concentrated in Borno and Yobe States.

“Today, we pray that the Boko Haram insurgency will end and so that we can return to our homes where we will feel free to live our lives again, tend to our farm and enjoy the life we had before,” says Idia Haruna, leader of the women of the Wasa Camp. 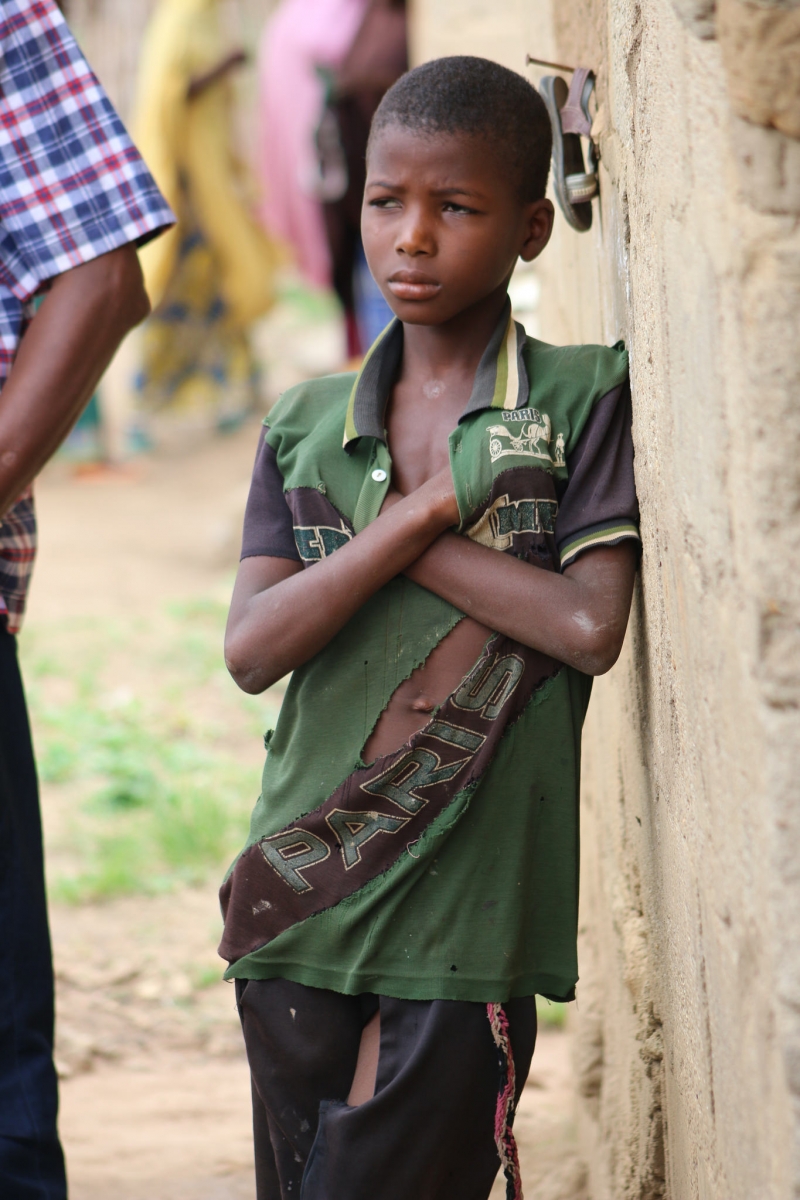 The Wasa Camp, one of several Federal Government camps scattered across Nigeria, is home to over 5,000 people who were displaced by the Boko Haram insurgency in the Borno State. The residents of the camp fled Borno some five years ago, walked several days to reach the camp and have remained since, as the conflict in the northeast continues to this day.

“This health post, donated by the Speaker of the House of Representatives, has no staff nor medicines. Yet we are constantly faced with the challenge of people diagnosed with sicknesses such as malaria and cholera. We are unable to help,” says Daniel Manasseh, one of the few workers serving at the health post.

The camp houses an estimated 3,000 children, yet only a little over 300, aged 4-16, are able to attend school. At the camp, there is one small private school which receives children up to age 6. The other is a public school, which runs classes for children up to 16 years of age.

Fatimah Mohammed, a school teacher says, “A huge challenge for the children of this community is that, even though they can attend school, they can only go until sixth grade (elementary). The only way they can continue their studies (to high school) is by travelling long distances to the city to be schooled there. But there is no money to support them.” 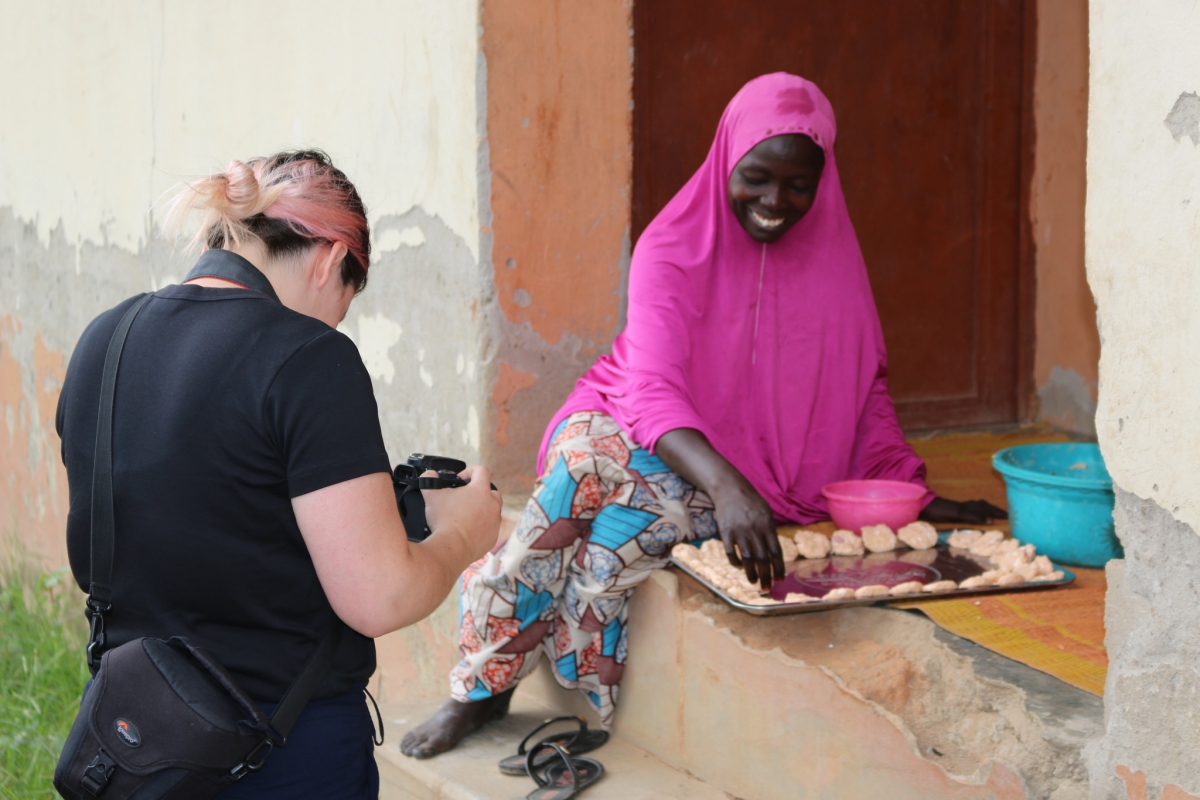 In the camp, one can see very young mothers carrying their babies. The lack of access to education and health care is a serious problem.

Two blocks away from the school, a mother bends to till on her small patch of yam farm. Her little daughter sits steps away on a slab, her hair discoloured from the scorching sun, not understanding what is going on, as the PSI team passes by their dilapidated house.

As the team moved from house to house, the presence of a little boy dressed in rags, caught their attention. 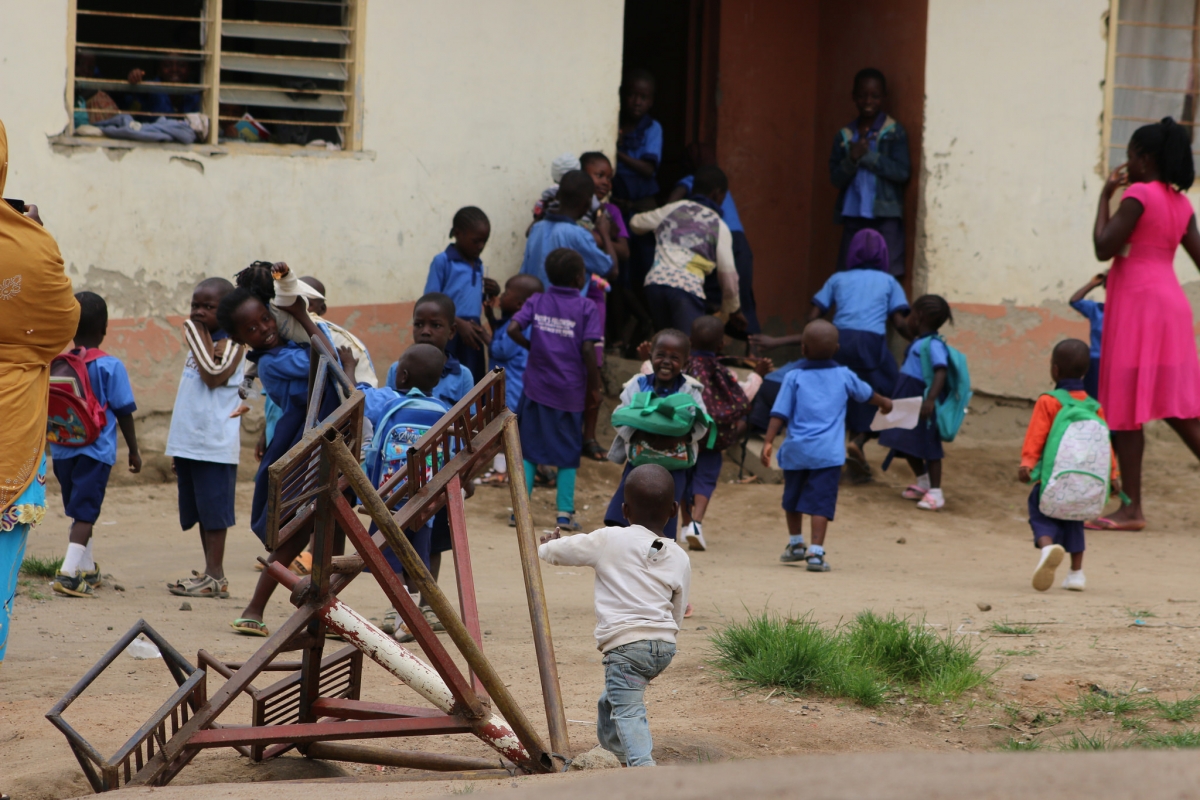 In going around the camp, one can feel the pressing desire from among these people to find work and to become productive. But placed in isolation and away from access to roads and transportation, the opportunity is simply absent.

As we were preparing to leave and heavy rain clouds started approaching, we were advised to move immediately. The driver beckons us to walk quickly otherwise, he says, “those dusty roads can turn muddy. ‘’Then we can get stuck here for quite a while,” he warns.

But for the millions of IDPs living in the camps across the country, “getting stuck for quite a while now,” is their daily reality.