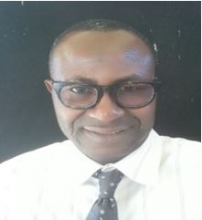 From the 1980s, the Senegalese health system has evolved from a relatively modern and efficient system into a two-tiered system of privatised and commercialised healthcare delivery. Private provision has become increasingly widespread, while user fees and pharmaceutical charges finance a significant part of the public health sector.

This situation started with economic crises, the rise of unemployment and increase in demand. It was worsened with reorganisation of the health system in 1998. This was largely in the form of hospital reform. It brought about changes in hospital policy and rules, including the modes of financing and operation of public health facilities. They began to operate as semi-private institutions creating financial barriers for a large part of the Senegalese population, leading to inequality of accessibility.

Access to Public Health Establishments (PHEs) is a fundamental human right. And the right to health is recognised and protected by the Senegalese constitution and by international declarations, such as the African Charter of Human Rights. However, because of systemic weaknesses in hospital reform, access to health care remains unaffordable for the poor and rural populations. This leads to a sense of injustice.

The Senegalese state is responsible for poor health outcomes resulting from its reforms. Most of the population does not use formal health services when ill, because they lack the money to pay health expenses, even in public hospitals. For example, 68% of the poorest people cannot use maternal and child health services for economic reasons.

The government must therefore carry out systemic health care reforms which put the people at the heart of the reform process and thus facilitates improvement of the quality of health services for the entire population, including the most vulnerable groups, economically and socially. Such reforms must emerge from public discussions including the trade unions, civil society organisations and communities.

Shortly after his election in 2012, President Macky Sall promised to end inequitable access to health by 2022 by introducing a Universal Health Coverage (CMU) programme. The Strategic Plan for Developing Universal Health Coverage in Senegal 2013-2017 was designed to help achieve this goal. But, the strategic plan has not been quite successful. Thus, less than three years to the set target, it seems unlikely that universal access will be achieved by 2022, except if drastic steps are taken now. The labour movement and particularly health unions in Senegal have a key role to play to ensure progress is actually made and not just rhetoric.

The roots of health inequities lie in social conditions outside the health system’s direct control. Therefore, there is need for renewed struggle against the precarious nature of the existence poor working people, in general. Related directly to the health sector, the unions have to call for improved funding of public health care and the de-marketisation of hospital services.

The UHC programme is a good opportunity to reduce social inequalities, but it must rest on the bedrock of availability of quality public health care for all, because health is a fundamental human right. Now more than ever, Senegalese trade unions must be at the forefront of campaigns for the realisation of this right, and for government to take concrete steps to address the social, economic and environmental determinants of health.

Dr. Mbaye Kamara, a pharmacist and health economist, is Secretary General of the C.H.N.E.A.R. (Albert Royer National Children's Hospital) of the SAT-Santé / CSA; member of the Federation of Independent Trade Unions (FSA) affiliated with the PSI.