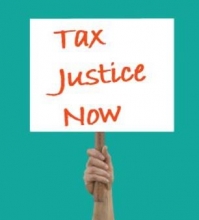 A damning report commissioned by the Australian Nursing and Midwifery Federation (ANMF), which revealed how private aged care providers shift profits offshore, has led to an official Senate tax inquiry just a week after its release.

The report, authored by Head of the newly established Centre for International Corporate Tax Accountability and Research (CICTAR),  Jason Ward, reveals how two of the biggest aged-care corporations in Australia paid minimal tax while receiving hundreds of millions in government subsidies.

“These providers have the financial capacity to employ more nurses and carers but are placing their profits and shareholders before safe care for their residents by using available loopholes to avoid paying their fair share of tax.”

Public Services International, which is supporting the campaign and CICTAR, welcomed the senate inquiry.

“This is a huge win for unions who have long argued that tax is a workers issue. It emphasizes the need to continue shining the light into the dark and dirty corners of corporate tax practice.”

“This clearly debunks the idea that corporate tax dodging is too complicated for the labour movement to understand or fight against. That it took a union report to spur government action shows the urgent need for our movement to lead the way!”

CICTAR, established in May 2018 by Public Services International in coalition with affiliates and global partners, will be conducting similar investigations across the world . CICTAR head, Jason Ward said:

“CICTAR will help turn widespread public anger at corporate tax dodging into political action by producing research and investigations to bring transparency and accountability to the world of corporate finance.”

“It’s wrong that these corporations, who consistently lobby for outsourcing and public subsidies, can continue to get away with dodging their fair share of tax.”

The outsourcing of public services by governments across the world is increasingly under fire as skyrocketing costs, deteriorating quality of service and questionable tax practices stoke public anger. Carillion, the largest outsourcing company in the UK, recently went bankrupt after decades of mismanagement of public contracts.