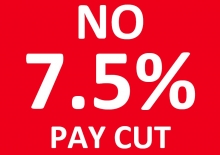 At its 84th session, in March 2017, the International Civil Service Commission (ICSC) decided that pay for UN Geneva-based staff will be reduced by 7.5%. This amounts to a reduction of one month’s salary in a year.

A resolution against the 7.5% pay cut was adopted on April 6, during a meeting of the staff of all international organisations based in Geneva. The resolution outlines that “the decision does not correspond to the macro-economic reality of the Geneva economy” and that “the cuts will make Geneva a less attractive duty station for policy and decision-making personnel, reducing the profile and importance of international Geneva.” This resolution has been endorsed by FICSA and CCISUA in a letter sent on behalf of 13 staff unions and associations to the UN system organizations that have staff in Geneva.

The same concerns have been raised by the heads of 10 UN agencies, including the ILO Director-General Guy Ryder and UNHCR High Commissioner Filippo Grandi, in a letter sent to Mr Rhodes (chairman of the ICSC) on April 13. They state, “It would not be consistent with elementary principles of responsible management and fair employment practices to implement this decision in its current form and without fair justification or validation.” Furthermore, they request more information from the ICSC and the inclusion of staff representatives in discussions of pay adjustments for UN staff. 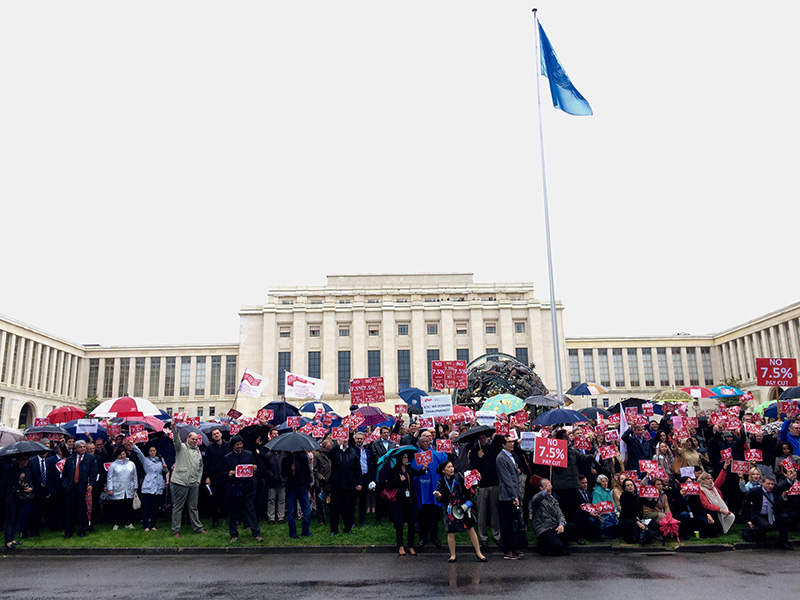 Since 1921, the UN system has used the Noblemaire principle to determine staff salaries – following the idea that salaries proposed are based on the highest-paid civil services in the world. This method has been criticised throughout the years, and needs to be adapted. Nevertheless, the staff associations carefully analysed the method leading to the ICSC’s decision and discovered that it is consistent neither with comparable macroeconomic indicators, nor with the ICSC’s own Committee of Experts conclusions, which estimated that the cut would be of 3.8%. Moreover, it highlighted that the ICSC artificially reduced the cost of living in Geneva by also taking into account the rental costs in neighbouring France. Finally, it stressed that the ICSC did not seem to have adequately applied the methodology while calculating the cuts, mostly because it (i) incorrectly evaluated prices in Geneva, (ii) may have exaggerated the extent of the reduction in rental prices in Geneva and (iii) didn’t adequately compare the costs of education between Geneva and New York. Therefore, this unilateral and sudden change is an illegal modification of the terms and conditions of employment.

On 25 April, FICSA and CCISUA organised a rally against the 7.5% pay cut at the UN Palais des Nations, with the participation of more than 500 UN staff.

PSI strongly condemns the 7.5% pay cut decision, supports the staff associations’ actions and requests further negotiations, which will include all stakeholders and be carried out in a more transparent manner.