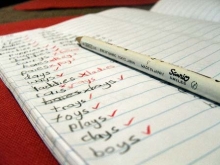 The Ugandan Minister of Education and Sports, Hon Janet Museveni, formally announced during a session of the parliament on 9 August 2016 that the Government will soon close the schools operated by the largest and most controversial chain of commercial private schools worldwide, Bridge International Academies (BIA), which runs 63 nursery and primary schools in Uganda.

Hon Museveni indicated having based her decision on technical reports from the Ministry that revealed that the schools did not respect national standards, in particular that “material used could not promote teacher pupil interaction” and that “poor hygiene and sanitation […] put the life and safety of the school children in danger”.

“This decision, which is backed up by field visits of Ministry officials, confirms the grave concerns we have had about Bridge,” reacted Salima Namusobya, the Executive Director of the Initiative for Social and Economic Rights (ISER), a Ugandan NGO monitoring the realisation of the right to education in the country.  “We have long been worried that BIA schools did not respect the Government Guidelines on Basic Requirements and Minimum Standards for Schools for example regarding infrastructure, purposefully used unqualified teachers in order to reduce costs, in violations of Ugandan laws, and were developing a massive for-profit business without the agreement and proper oversight of the authorities.”

Bridge International Academies is a for-profit commercial chain of low-cost private schools backed up by investors such as Bill Gates, Mark Zuckerberg (Facebook) and Pierre Omidyar (eBay), as well as the World Bank, and the US and British Governments. It aims at providing education to 10 million pupils by 2025 and already runs over 450 schools in Kenya, Uganda, Nigeria and soon Liberia and India. The company has been particularly criticised for using a non-transparent system of entirely scripted and standardised curriculum mostly designed in the USA, delivered by untrained teachers reading the script from a tablet, while selling this scheme as “world-class education” to poor people in developing countries in a bid to seek profits.

The decision to close BIA schools follows several statements from United Nations (UN) human rights bodies as well as a report from a UK parliament watchdog that criticised BIA, suggesting that the development of these schools may lead to human rights breaches.

“The Ugandan education system suffers from many shortcomings. However, it does not mean that any investors can come in and make profit out of the situation by delivering low-quality education while disregarding national authorities and standards. International treaties and a recent resolution from the UN Human Rights Council make clear that it is the duty of the government to close schools that are sub-standard or that lead to commercialisation of education, and we applaud the Government for upholding its obligations,” said Frederick Mwesigye, Executive Director of the Forum for Education NGOS in Uganda (FENU).

“While it was unavoidable in this case, it is highly regrettable to have to come to the point where some schools have to be closed. The Government now has to ensure that all children have access to free quality education and no child’s education be disrupted. They made the wise decision to wait until the end of the term (early September) to close the Bridge schools, and we call on the authorities to use that time to help find alternative school for the children, while developing plans to build and improve the public education system,” added Saphina Nakulima, from ISER.

BIA has faced a series of controversies in the last three months revealing some of the company’s corporate approach to education. Adding to a previous statement from May 2015 that demonstrated that, contrary to what it claims, Bridge charged fees that were unaffordable by the poorest and that there was no solid evidence about the quality of the schools, it recently emerged that the company:

The decision of the Ugandan Government is also relevant for its neighbour, Kenya, where BIA has the largest number of schools. A few months ago, the Kenyan Government halted the development of Bridge schools over similar allegations that the company was not respecting minimum national educational standards.

According to Abraham Ochieng, from the East African Centre for Human Rights (EACHRights),

“the situation in Kenya is unfortunately very similar to Uganda. It seems that only a handful of the 405 BIA schools in the country are registered, the curriculum they use has not been approved by the authorities, and they employ low-paid untrained teachers. Given that BIA started operating in Kenya in 2009 and seems to still not be complying with the Government’s requirements, and while recent revelations have shown the commercial motive of the company, it has become urgent to take action.”

Camilla Croso, the President of the Global Campaign for Education, emphasised that

“as they realise that commercialisation of their schools is far from being the solution to the education challenges they face, and is in fact detrimental, governments must now increase their funding to education in order to fulfil their obligations to realise the right to education, in particular by spending at least 20% of their budget or 6% of their GDP on education.”

Public Services International is one of the 18 organisations that support this statement. All those organisations have declared that they are ready to work with the Governments of Uganda, Kenya, and other interested authorities to support the development of a quality public education system rather than a commercial system driven by foreign companies.