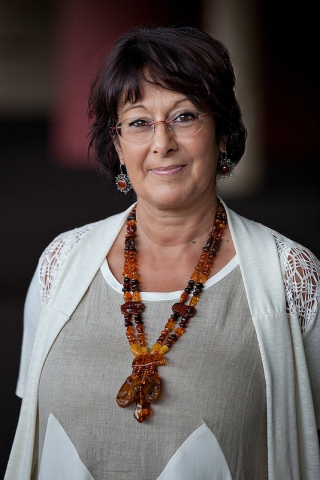 “Thanks to the solidarity of delegates and PSI affiliate unions around the world, we share the possibility to change PSI together,” Pavanelli says, calling for all PSI affiliates to come together to advance PSI’s vital programme of action in coming months and years.

“Now it is time to work in organizing and fighting to defend public services and the rights of our members, and the right of all citizens to a fairer and more sustainable society. Together we can succeed,” she says.

Pavanelli also emphasizes her commitment to advancing the role of women in unions, who make up two-thirds of the membership of PSI. “I will fight to have more women in leading positions in our affiliated unions, and more women engaged in PSI,” she says.

Rosa Pavanelli was born in 1955 in Brescia, Italy. She holds a degree in biology from the State University of Milan. She started her trade union activity in 1978 while working with the Ministry of Labour in Brescia. In 1986 she became a member of FP-CGIL’s Secretariat, responsible for the municipal sector, and then for the healthcare sector. In 1999 she became FP-CGIL general secretary of the Lombardy region, was elected to the FP-CGIL national secretariat in 2002, and has led the European and International Department since 2005. Pavanelli is currently president of FP-CGIL, and a member of the steering committee of CGIL, the largest Italian union confederation.