The road to Quito: workers and decent employment must be at the heart of the New Global Agenda!

The countdown for Habitat III - the UN conference that is expected to set out the new guidelines for urban policies - has begun. The ‘United Nations Conference on Housing and Sustainable Urban Development ’ – as it is officially called - will take place in Quito, Ecuador, 17 – 20 October 2016.

The United Nations Conference on Housing and Sustainable Urban Development is an exceptional event that occurs every 20 years. Habitat II took place in Istanbul in 1996 and delivered at the time the Istanbul Declaration on Human Settlements. Habitat III is expected to deliver a new document, the New Urban Agenda.

Bringing the voice of municipal workers into the New Urban Agenda

PSI has a major direct stake in urban policies and in Habitat III and key messages to deliver. PSI’s members work in cities in health care; local, regional and central government; social and community services, education, and in public utilities such as water, electricity, and waste management. They are themselves city dwellers and it is them who manage, operate, serve and bring cities to life on a daily basis.

As part of its work plan 2015-16 for the municipal sector, PSI has got involved in the Habitat III process. General Secretary Rosa Pavanelli is the Vice-Chair of the Trade Union and Workers Group in the General Assembly of Partners (GAP), and PSI is cooperating closely with Building and Wood Workers International (BWI), whose General Secretary Ambet Yuson is Chair of the Trade Union and Workers Group.

PSI was in the drafting committee of the GAP position ‘Partnerships for the New Urban Agenda’  where it succeeded to include critical language on decent work, tax justice, universal access to public services, labour and environmental clauses in public procurement, public-public partnerships and inter-municipal cooperation. 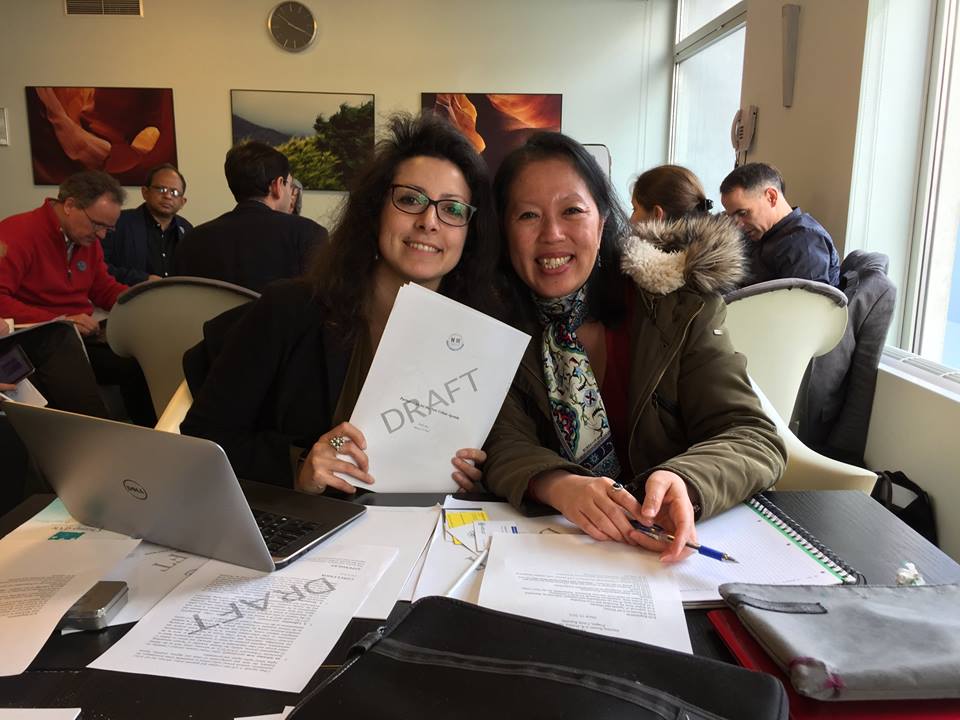 What do workers want from the Habitat III outcome

The last PSI Executive Body in May 2016 adopted PSI’s Position on Habitat III ‘Ten key points for fair cities and for an inclusive New Urban Agenda’, which calls on the New Urban Agenda to include and address the following priorities:

The Zero Draft of the New Urban Agenda was released on May 6th. PSI reacted with a joint Trade Union and Workers’ Group response to the self-evident weaknesses of this draft which barely mentions workers and trade unions, does not include any reference to social dialogue and collective bargaining as critical levers of social inclusion through decent work creation and goes back to promoting PPPs as the solution to the municipal financing and infrastructure gap in cities.

PSI will be taking part in the Informal Stakeholder Consultations scheduled at the UN Headquarters in New York on 6-7 June, where it will deliver a statement by General Secretary Rosa Pavanelli that highlights the shortcomings of the Zero Draft and makes constructive proposals for improvement.

Statement by Rosa Pavanelli, General Secretary of Public Services International (PSI), Vice-Chair of the Trade Union and Workers Major Group in the GAP.

Next Steps towards Quito

PSI is planning to take part in the HIII Preparatory Committee 3 that will take place in Surabaya, Indonesia 25-27 July with an Asia-Pacific delegation of local government affiliates. PSI will be also present at the final conference in Quito, Ecuador, 17-20 October. Should you be interested in this work contact PSI’s Local and Regional Government Sector Officer.