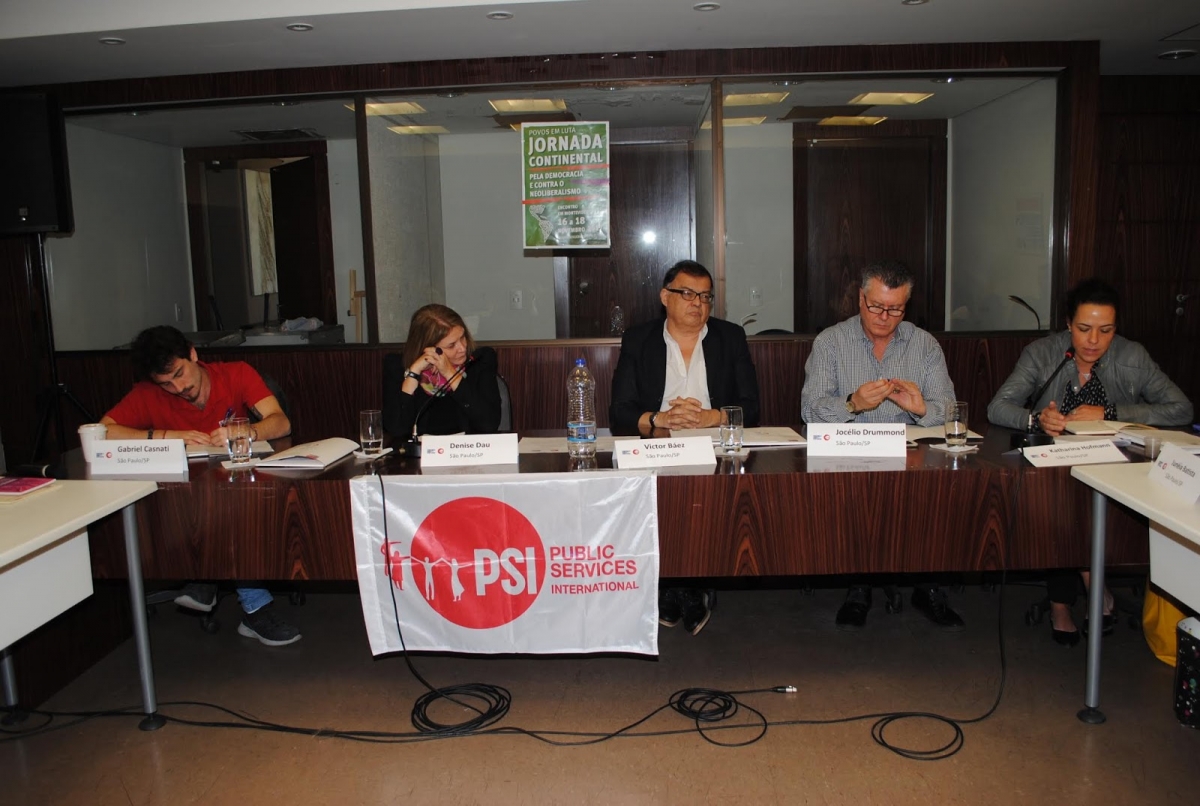 The first event on 3 July focused on free trade agreements and was attended by more than 30 Brazilian trade union leaders. The discussion focused on the Trade in Services Agreement (TiSA) and the new methods employed by TNCs to “capture” international organisations and examined the current state of negotiations on TISA between the European Union (EU) and Mercosur.

Although these issues are not a priority in the current political context in Brazil, affiliates thought the seminar was a good initiative, considering the forthcoming elections and the political uncertainty in the country, which requires the trade unions to adopt a clear position on these issues.

PSI affiliates in Brazil decided to:

The seminar was held at the offices of the Trade Union Confederation of the Americas (TUCA) and was also attended by UNI Finance president, Rita Berlofa, and Nicolas Menassé, representing the Building and Wood Workers’ International (BWI). This reinforced the unity in action of the international trade union movement and indicated convergence around the main international economic policy issues.

On 5 July, participants agreed a plan of action that included practical initiatives and policy guidelines for the next period. They agreed to take a gender approach to tax in all project activities; prioritise the issues of state expenditure and tax exemptions; focus on the state and municipal levels; use the arguments formulated in the seminars in collective bargaining; and conduct at least three case studies in Latin America for use in campaigns.

Participants also agreed that the PSI should use existing materials to produce a short pamphlet on the main components of progressive tax reforms in Latin America. There was also a lot of interest in continuing the discussion on corporate power. Finally, participants identified three countries in the region with the most potential for making progress on tax legislation and agreed to focus efforts on these countries.