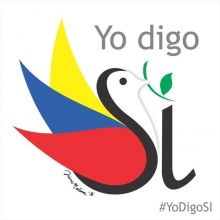 Public Services International is delighted for Colombian workers and the Colombian people that FARC has reached agreement with the Colombian government to end the internal armed conflict that has claimed more than 260,000 lives, including those of many trade unionists, over a period of more than fifty years.

As a part of the international trade union movement, we have supported Colombian workers in the defence of freedom of association and labour rights and, with our Colombian affiliates, we have promoted universal and inclusive public services as a way of addressing social inequalities.

We are encouraged by the prospect of an end to violence in Colombia, which would create the conditions for making progress in building the peace with social justice that the country yearns for. We know that the Colombian trade union movement is committed to this aim and we therefore offer our support, accompaniment and international solidarity.

We are convinced that approval of the agreement on 2 October 2016 will open a new historical period in Colombia, in which we can extend democracy and increase the participation of workers in defining public policies to promote decent work, freedom of association and access to quality public services.

In the post-agreement period, we will continue to promote essential public services, such as water, health and education, as basic human rights, and press the government to be directly involved in ensuring the provision of universal access to these services.

As part of the international community, we will monitor compliance with the agreement and do whatever is necessary to ensure its success. We reiterate our commitment to the YES campaign in the national plebiscite and the construction of the stable and lasting peace that the Colombian people deserve so much.