A delegation of PSI staff and trade union affiliate leaders from Ghana, Sierra Leone and Nigeria visited an internally displaced persons (IDPs) camp in Durumi Disitrict in Abuja, Nigeria. The delegation was able to assess the situation on the ground and had first hand interaction with the community. 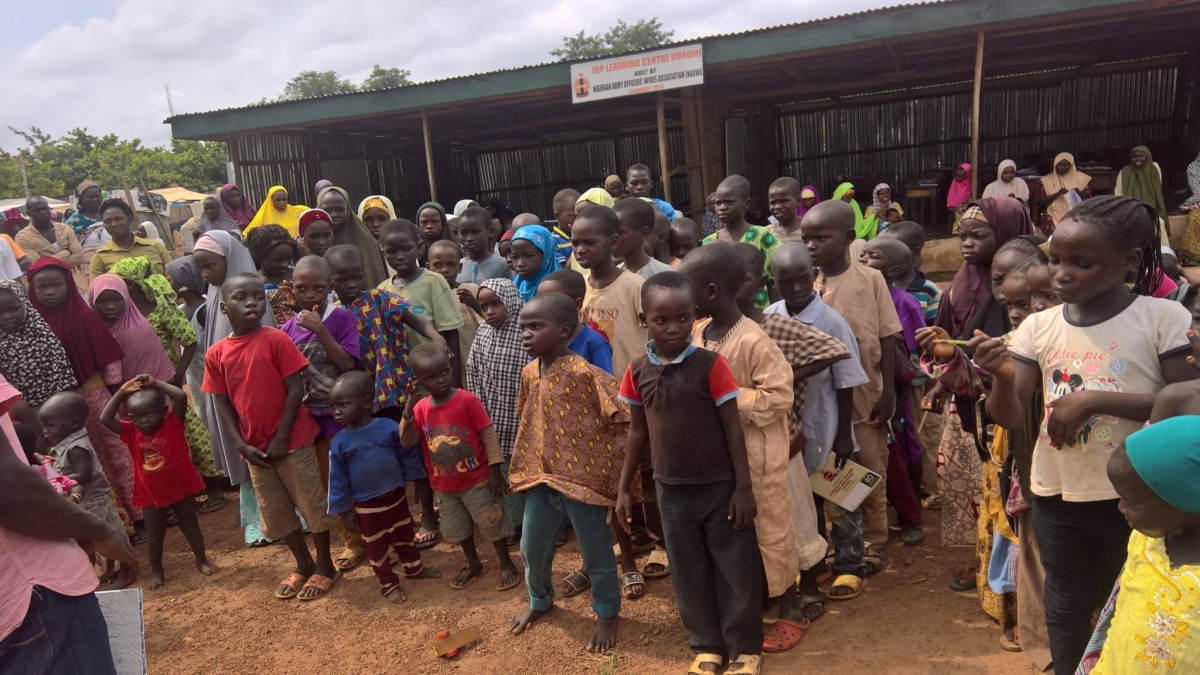 The elder leader of the IDPs stated that there are over 2,200 people living in the camp, excluding new-born children. He explained that the people were from Gwoza and Bama local government area in Borno state, who were forcibly evicted from their homes as a result of the Boko Haram Islamist group attacks in their townships and villages.

The PSI delegation witnessed first-hand the deplorable situation in the camp and the poor living and health conditions, particularly among the women and children. More than half of the people in the camp are young.

The IDPs live in shanties and unhygienic environments. There is no permanent shelter and the primary school was built with zinc and planks. The head teacher in the school explained that the school has over 200 pupils but most of them stopped coming to school because they have run out of school supplies, which are dependent on donations. The children go hungry and the school could not provide any food during break time. 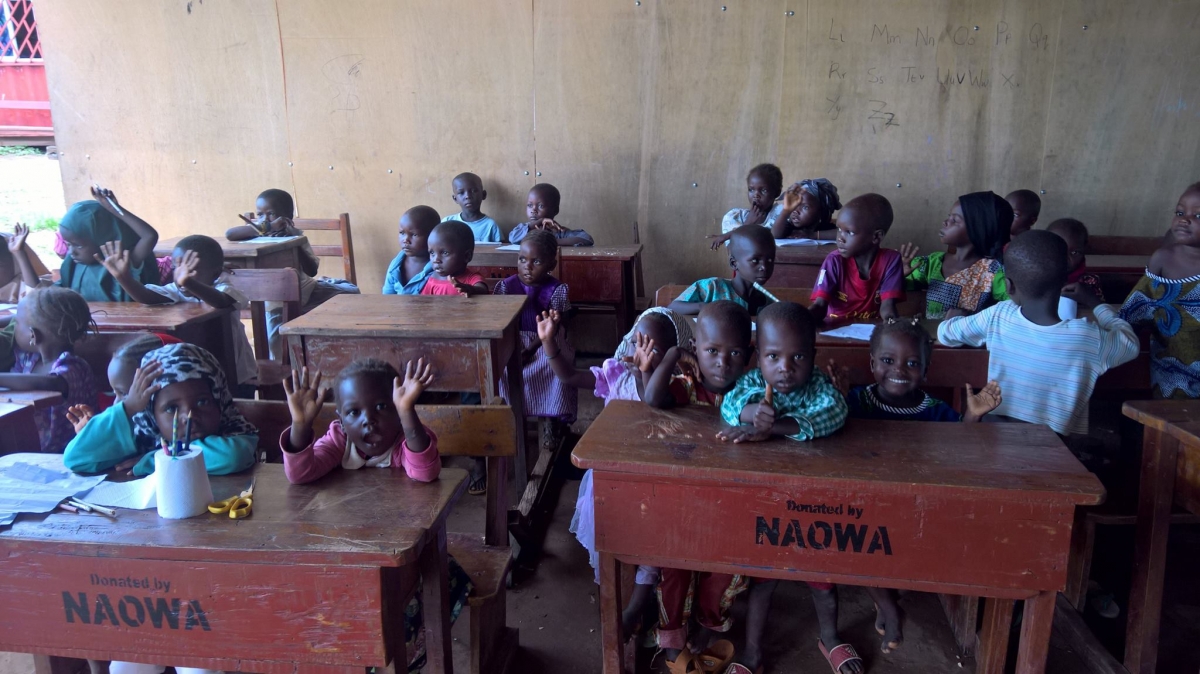 The number of teachers has dropped from nine to only three, because the teachers, who are young adults themselves, are volunteers and can no longer afford the cost of transportation to and from the camp. The school does not have toilet facilities and good source of drinking water. The students were all in mufti (plain clothes) as parents cannot afford school uniforms, school bags and most don't have writing materials. 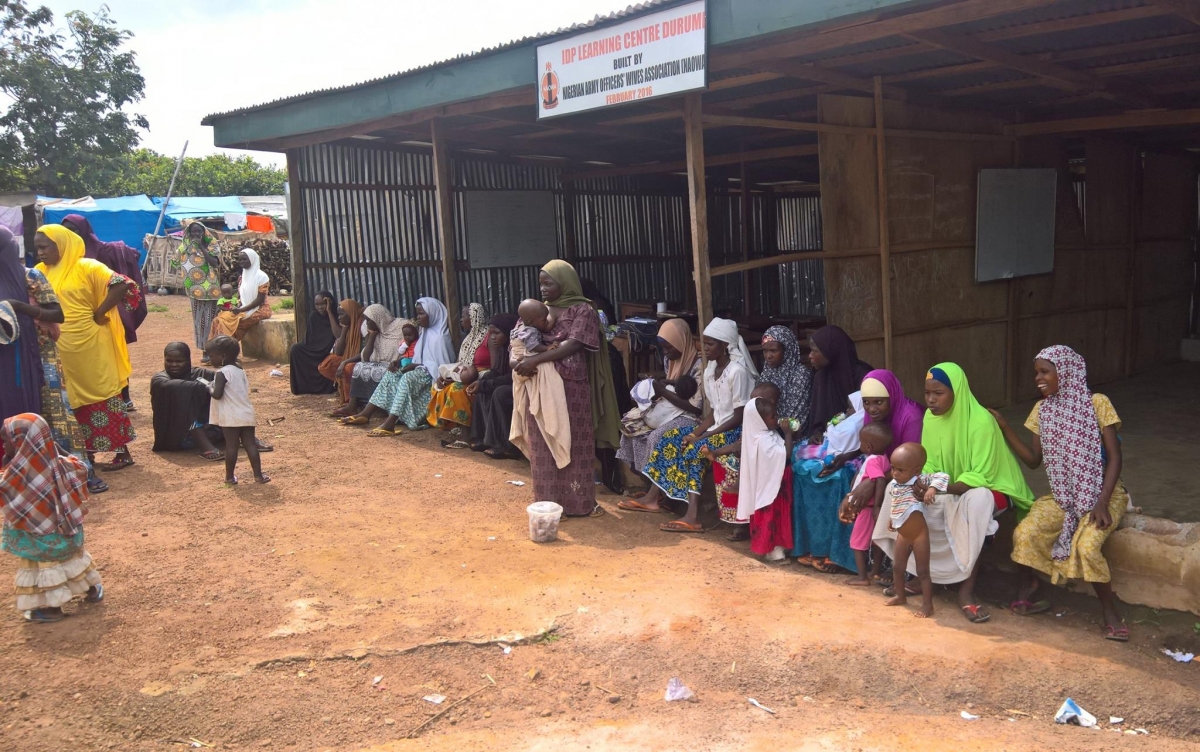 Apart from the needs of the students, the PSI delegation also observed that most of the mothers are young and could benefit from reproductive health services as well as ante natal care for those who are pregnant. The women shared the story of how one woman recently died during delivery for lack of access to urgent medical care. The camp has a one-room health centre, which was donated. There is no skilled health care provider to provide the services, neither are there essential drug supplies and equipment to take care of the health needs of the IDP community.

Some of the women explained that it is difficult to feed their children as their husbands are without jobs and have to survive on the good will of others. Most of them expressed their readiness to work and to build their skills, if there are opportunities available. 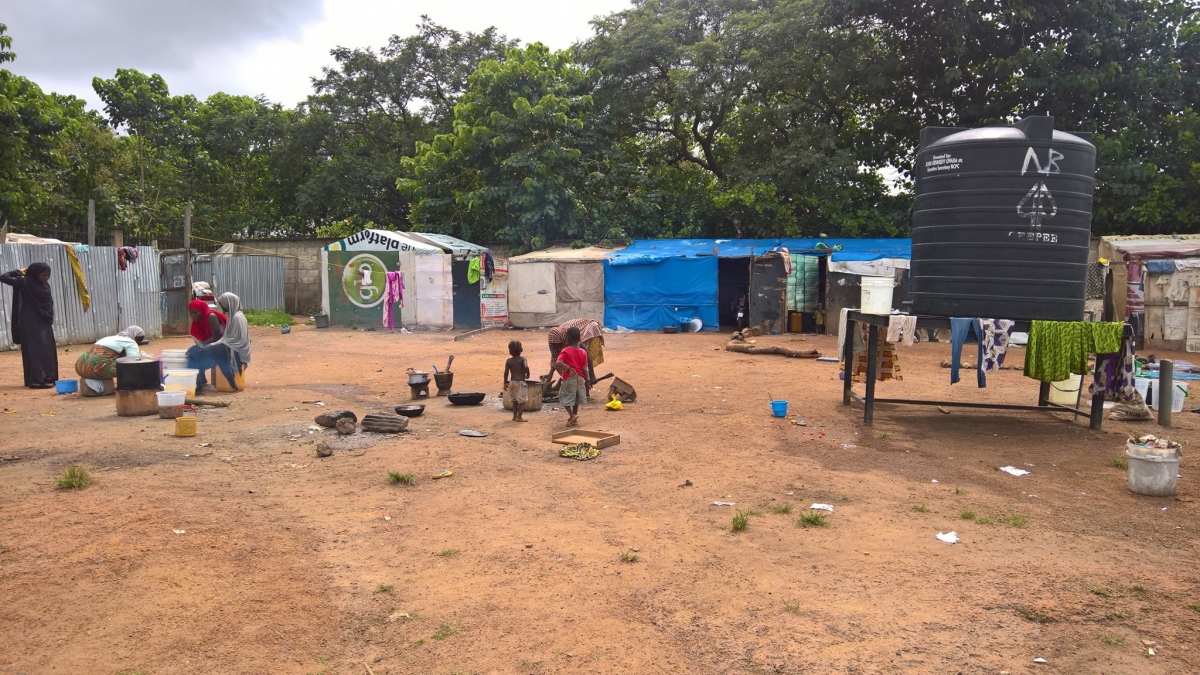 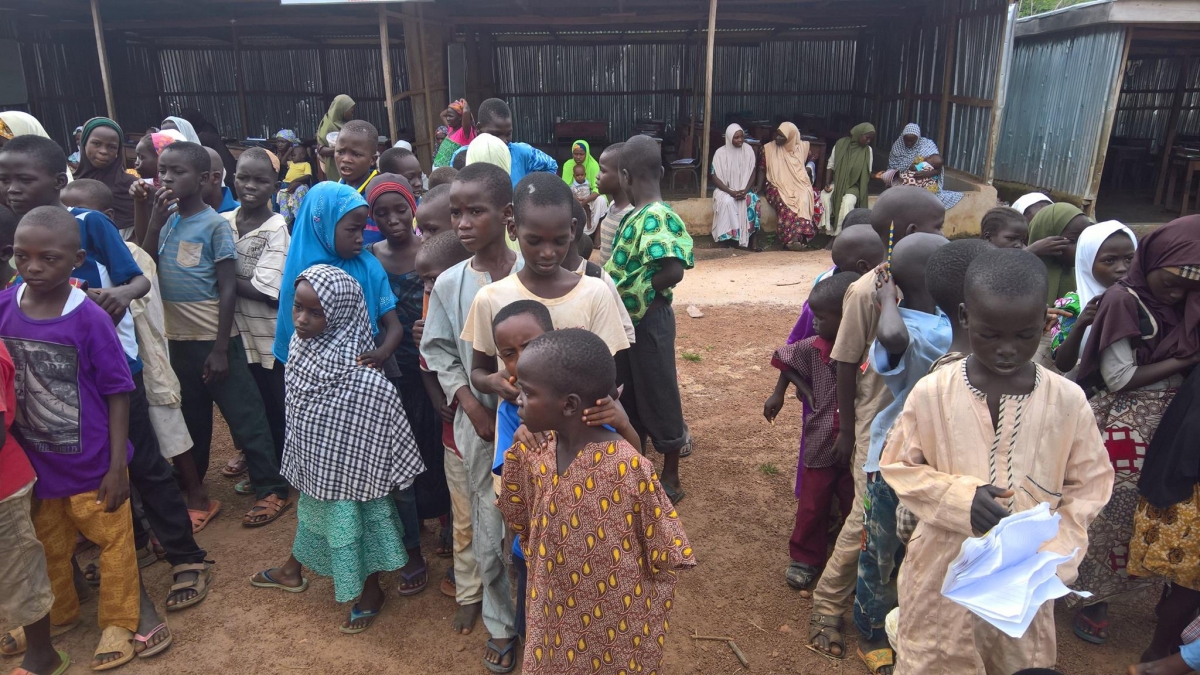 Based on this visit, follow up action will be taken up by PSI on the situation of the IDPs in Nigeria, which will include mobilising solidarity support to improve the situation, lobbying for inclusion of IDPs in social protection and access to public services and conducting a union-led investigative report aimed at awareness-raising and identifying further actions. 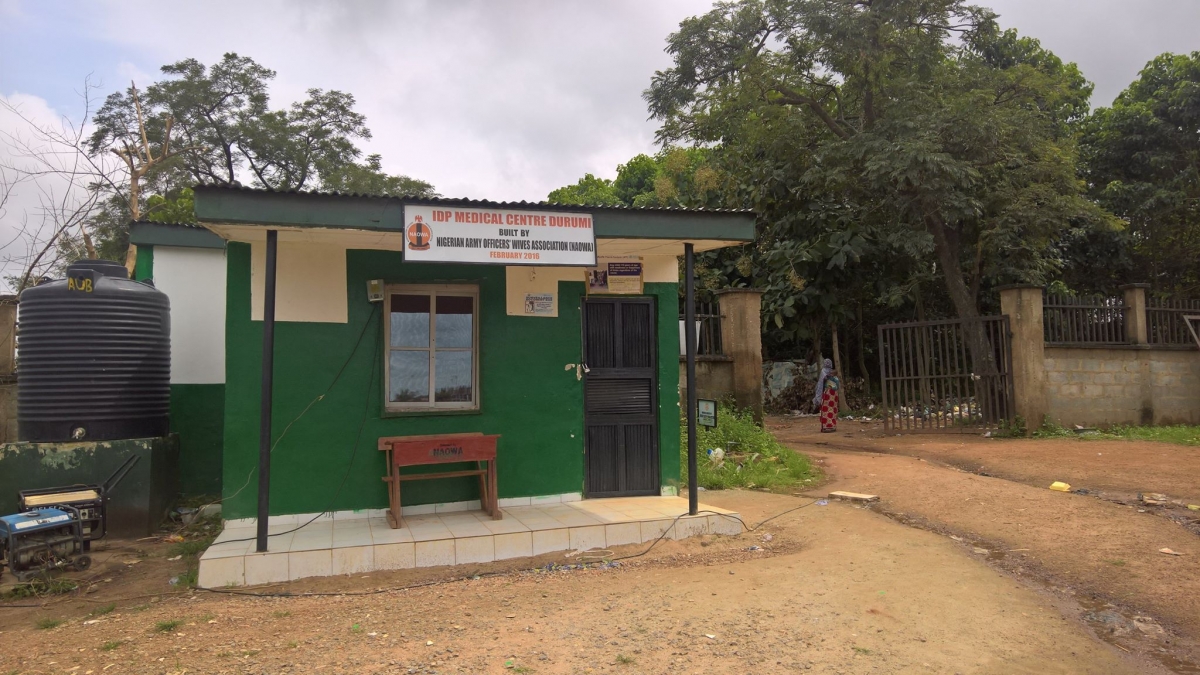 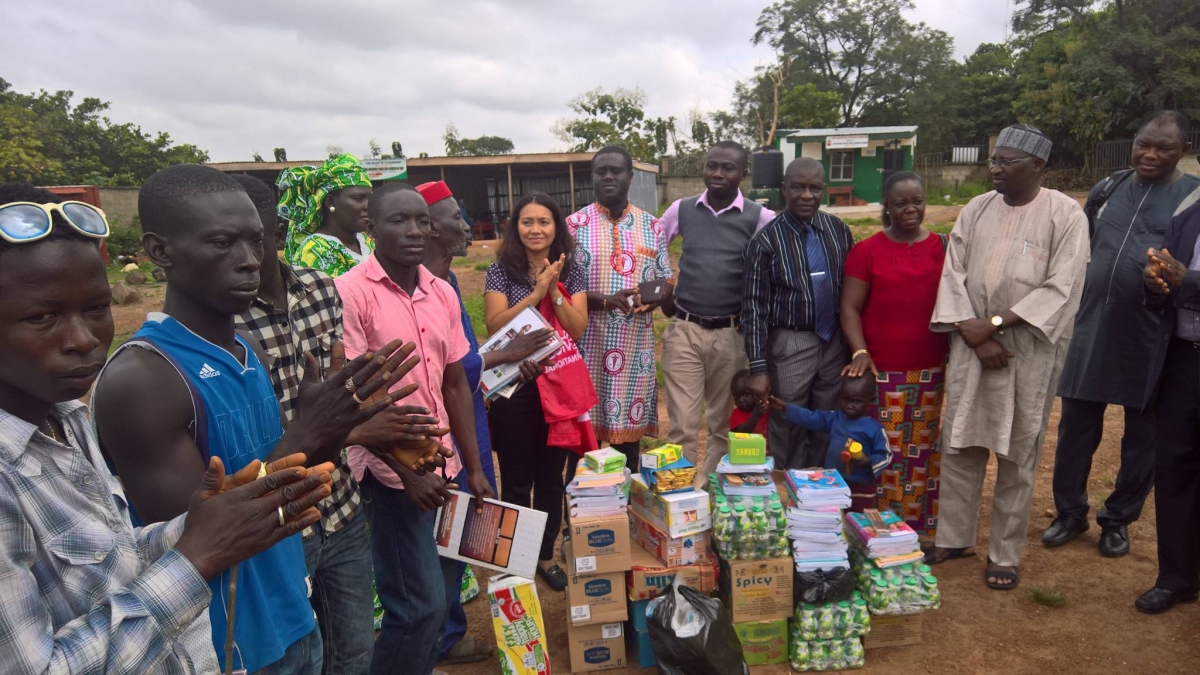