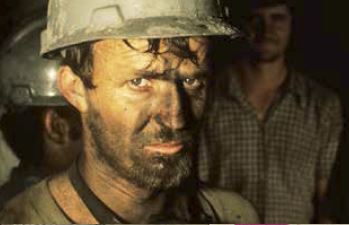 There is an odd contradiction between the euphoria about the so-called Public-Private Partnerships (PPPs) and the poor performance these instruments have offered in the past 30 years.

Many governments are still turning to public-private partnerships in the hope that the private sector will finance public infrastructure and public services.

This hope also runs through the G20, the OECD and the ongoing negotiations at the United Nations for the Sustainable Development Goals – to be confirmed by heads of state in September 2015.

The report “Why Public-Private-Partnerships don’t work” by Public Services International Research Unit (PSIRU) assesses the PPPs experience in countries both rich and poor.

It concludes that PPPs are an expensive and inefficient way of financing infrastructure and services, since they conceal public borrowing, while providing long-term state guarantees for profits to private companies.

The research demystifies the shadowy PPP processes, most of which are shrouded in secrecy, hiding behind confidential negotiations to protect commercial advantage.  There are no public consultations, lots of false promises, and incredibly complex commercial contracts, all designed to protect corporate profits.

“Governments and the UN are heavily influenced by a powerful lobby of the biggest services, financial, consulting and law firms, all intent on reaping profits from basic public services such as health, water, energy,” says Rosa Pavanelli, General Secretary of Public Services International (PSI).

“We must remember that private sector corporations need to maximise profits if they are to survive. This is incompatible with ensuring universal access to quality public services, especially for those unable to pay these profits.”

These privatisation policies are also linked to the new round of trade negotiations (TISA, TPP, TTIP, CETA), also secretive, without public consultation, stitched up behind closed doors between business interests and the governments that do their bidding. The trade deals will facilitate PPPs and lock them in, making it next to impossible to reverse them.

A further danger is the effort by the World Bank, the G20, OECD and others to ‘financialise’ PPPs in order to access the trillions of dollars held by pension funds, insurance companies and other institutional investors.

To access these funds, governments are advised to do a whole lot of PPPs at the same time in order to create a pool of assets that can then be bundled and sold on to long-term investors.  This is exactly what the financial services companies did with home mortgages at the turn of the century, which brought us the global financial crisis of 2008.

From London to Santiago

The author of the report, David Hall, who was Director of PSIRU at the Business School of the University of Greenwich in London, has analysed and compared various cases and countries where PPPs have not delivered what was promised:

The failed programme of the Transport for London, the poor performance of the airport of Delhi, the corruption scandals in Chile’s infrastructure projects, the financial troubles with the Troika PPP package imposed on Portugal.

For example, “the United Kingdom has used PPPs for a wide range of buildings and infrastructure – hospitals, schools, roads, rail, defence, and government offices. As neoliberal limits on government borrowing spread, so did PPPs – like in Europe, where EU rules started to limit government borrowing to 3 per cent of GDP,” explains Hall.

New Zealand, Australia, Canada and the USA all began using PPPs as a way to balance budgets by concealing borrowing, to shrink the size of governments and to reward corporate backers.

In developing countries, the development banks, bilateral donors and multinational companies encouraged the spread of PPPs in the 1990s, especially in the water and energy sectors, as part of the general promotion of privatisation – and as a way around the fiscal limits which the same International Financial Institutions (IFIs) were imposing on developing countries.  Although a number of services were privatised, the delivery to citizens did not improve.

The PSIRU report proposes a public alternative to this system, in which national and local governments can continue to develop infrastructure by using public finance for investment, and public sector organisations to deliver the service. This gives the public sector a number of advantages.

The public sector gains greater flexibility, control, and comparative efficiency – because of reduced transaction costs and contract uncertainty, as well as economies of scale – and the efficiency gains of more democratic accountability.

“Public services are massive pools of potential corporate profit, and PPPs serve to access them. The ‘clients’ are captive, the services are often monopoly,” comments David Boys, Deputy General Secretary of PSI.

“This paper provides a synthesis of many years of research, and should be used by union activists, concerned citizens, but also by policy makers around the world.”