Trade union representatives from The Netherlands paid a visit to the LGBTI-Committee members of the Turkish Unions in Istanbul to show their solidarity and to exchange their views. [em]For Netwerk Roze FNV, Jolanda van Gool, November 2016[/em]

The Pink Network of FNV (formerly the homo/lesbian group of Abvakabo) works with the Independent Turkish Trade Union movement and the NGO KAOS GL since 2011 in an international exchange program on the theme of discrimination and LGBTI-policy on the workfloor. More specifically it is this year the third and last time (the first meeting took place in April 2016 in Istanbul and the second in June in Izmir) that activists from both countries meet and exchange experiences to strenghten each other in their fight against discrimination based on gender identity and sexual preference both on the workfloor and within their own trade union movement. 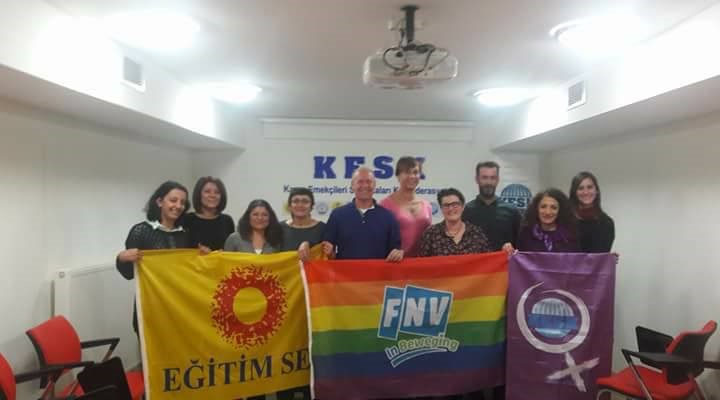 Visit to the Central Administration in Ankara:

This time three executives of the Pink Network FNV travelled to Ankara. Together with 2 LGBTI committee members of the Teacher’s Union from Istanbul and Izmir they had a meeting with the head executives of the Teacher’s Union Egitim Sen and KESK. The solidarity was once more confirmed and the LGBTI -committee members made concrete agreements with the head executives. The Pink Network FNV has insisted during these talks on the importance of maintaining the concern about the position of the LGBTI -target group on the workfloor, within the Turkish Unions.

Visit to the Pembe Hayat office

The delegation of Turkish and Dutch executives then went to the Pembe Hayat (Pink Life) office where stories and experiences were exchanged about the position of transgenders in Turkey and The Netherlands in general and more specifically on the work floor. The position of trangenders in Turkey is difficult. Most frequently they don’t find a job and are forced into prostitution.

The delegation then went to Istanbul for a day full of workshops with the executives of the Union and members of Kaos GL. During this day information was exchanged about being transgender on the work floor by Petra van Dijk, of the Pink Network FNV. 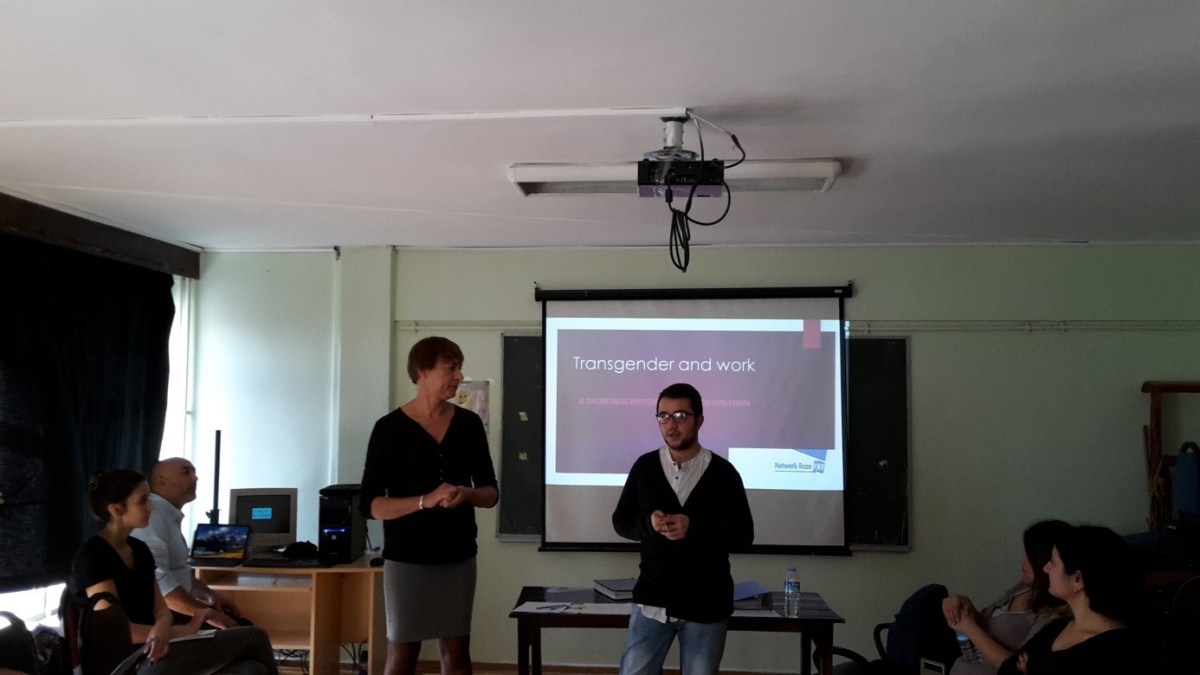 We reflected upon the Freedom at Work world conference organized last summer during the Europride by the FNV Pink in Amsterdam and where a Turkish delegation was present. We watched two films about this event. Of course the last point on the agenda was the evaluation of this year’s exchange program. 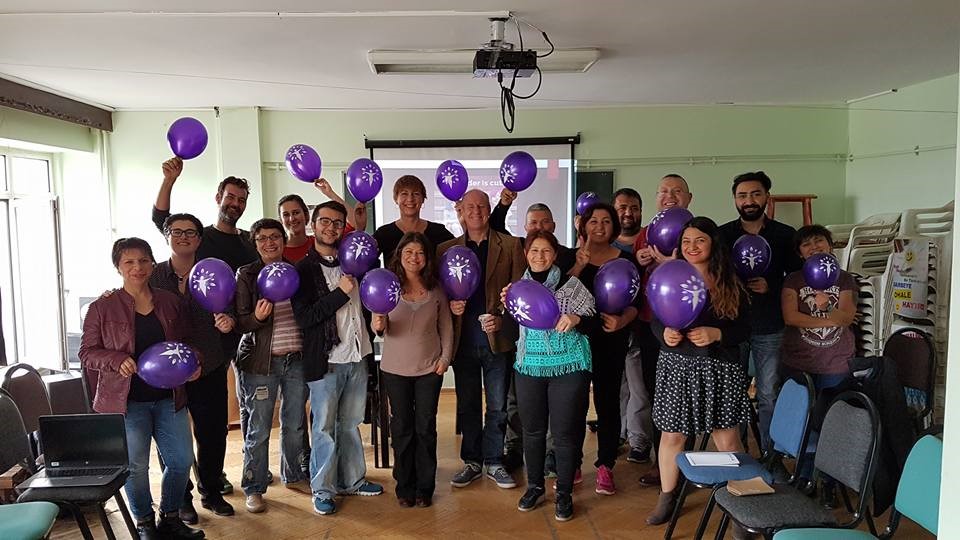 During the same weekend, purely by chance, Lot van Baaren, member of the general board of FNV, uttered her concern about the Turkish situation, during a national demonstration on Saturday November 12th. She expressed this concern, representing FNV, in relation to the measures taken by Erdogan. She insisted that Unions should join in a worldwide fight against injustice and the violation of workers’ and union’s rights. We must do that all over the world, but certainly now in Turkey.

Impression about the exchange Pink Network FNV with Turkey

Since 2011 I have been involved in the exchange programs with the Turkish Union movement and as such have been in contact for years with the executive members who deal with LGBTI-affairs. It is very positive that we still meet and manage to  inspire and motivate each other during these visits. I notice that there is an even  greater need for this understanding than other years because of the worsening of the situation in the field of human rights and lgbti-rights. In my opinion, the people who are committed to this cause are heroes! In fact, they are now risking their lives.

The exchange of FNV Pink has always been facilitated and monitored by TIE Netherlands. I want to thank them for this great cooperation and involvement. They will organize a goodbye conference in Amsterdam on January 21st  2017, since they are  stopping their activities.

In short, these exchange programs and the demonstration of solidarity remain a necessity!