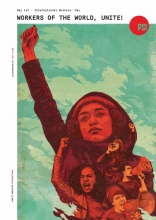 On this May 1st, we call on the International Labour Organization (ILO) to stay true to its origins and values. To be relevant and justifiable, and to set the rules for the work of the future, we must ensure the ILO remains free from the interests of private capital.

This year’s International Workers’ Day coincides with the 100th anniversary of the International Labour Organization. This successful longevity cannot be ignored, especially when we consider how the world and the world of work have changed since those early beginnings. But this special occasion is also an opportunity to dwell on its present and its future.

More than a century ago, a group of statesmen envisaged an organization that would be able to deal with the consequences of a gruesome war and, most importantly, the reconstruction of many countries’ frail social fabric. Thanks to the Peace Treaty of Versailles, in 1919, a new partnership of people “moved by sentiments of justice and humanity” was born. This was a partnership of equals in which governments, employers and workers sit on the same table and have equivalent rights and duties. It represents a huge responsibility for members of the civil society that no other global body since then has dared to replicate.

Another war that again ripped the world apart gave birth to the Declaration of Philadelphia, in 1944, which reaffirmed the traditional objectives of the ILO.  By stating principles such as that “freedom of expression and of association are essential to sustained progress” or  that “all human beings, irrespective of race, creed or sex, have the right to pursue both their material well-being and their spiritual development in conditions of freedom and dignity, of economic security and equal opportunity” it took further steps to put not only labour but human rights at the centre of its action. Since then, the constituents have adopted a series of core ILO Conventions that became part of the standard of international human rights system, consistently improving workers’ and people’s lives.

In more recent times, heralding an era that would lead to the #metoo movement, the ILO has once again proved its value and achieved justice by recognizing the value and rights of domestic workers (Convention 189), and later raised the bar, rolled up its sleeves and got its hands dirty to fight one of the biggest stains that affect women and the society as a whole: violence and harassment at work.

In the years and decades to come, while we go into unchartered territories and deal with the challenges of a new industrial revolution and the online platforms of labour matching, the ILO must be prepared again to play a vital role in the elaboration of standards for the digital age. And we need a well-resourced ILO to face this new task.

However, the reality is that the financial crisis of 2008 and the austerity measures that followed have had a profound economic impact on the United Nations system, including the ILO. The lack of resources has left no alternative other than to do more with less, or open the door to private funding. Multinationals and the financial system have been expeditious to supplant the role of the states and penetrate the UN system.

As a result, the UN is currently exploring “innovative finance” mechanisms, a range of non-traditional instruments to raise funds for international development cooperation through public-private partnerships and market-based financial transactions, to name but a few. The problem is that, as expected, the “market” and the people behind it do not care about the sustainability or social dimension of their “investment” but rather their own financial gain. And the sooner the money offers a return the better. So, first, there is a high risk of short-term goals being prioritized over long-term objectives. Second, different UN agencies will be competing for funds with each other, with each trying to offer a more attractive “investment portfolio” to seduce stakeholders.

The privatisation of the UN system that has until now represented the international rule of law and cooperation is already having adverse consequences on the staff, who are facing more precarization of their employment. But it’s also at the root of enormous contradictions, for example when McDonalds joined the initiative to promote young people’s access to decent work in line with the UN’s 2030 Agenda for Sustainable Development reveals, while the multinational is renowned for its policy of low wages and its anti-union stance, while avoiding hundreds of millions in taxes!

On this May 1st we call on the ILO to stay true to its origins and values. To be relevant and justifiable to set the rules for the work of the future, we must keep it free from the interests of private capital.

If we want the ILO to continue being the forum for the voice of working people internationally, we must confront these institutional reforms.

Happy birthday ILO and may you have many more at the service of the government, workers and employers – not the capital – of the world! 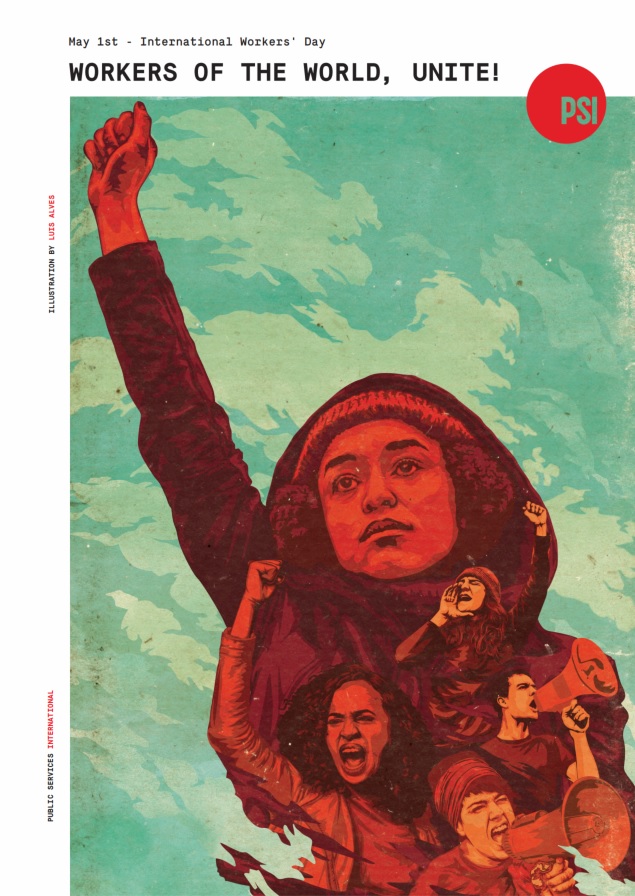