Many trained and qualified nurses in Liberia, most of whom are members of PSI affiliate NAHWUL, are on a continuous struggle to get their names on the nation’s payroll system, while others, whose names have been wrongly erased from the system, race against time to resolve the “ghost” status tagged to their names in the system. 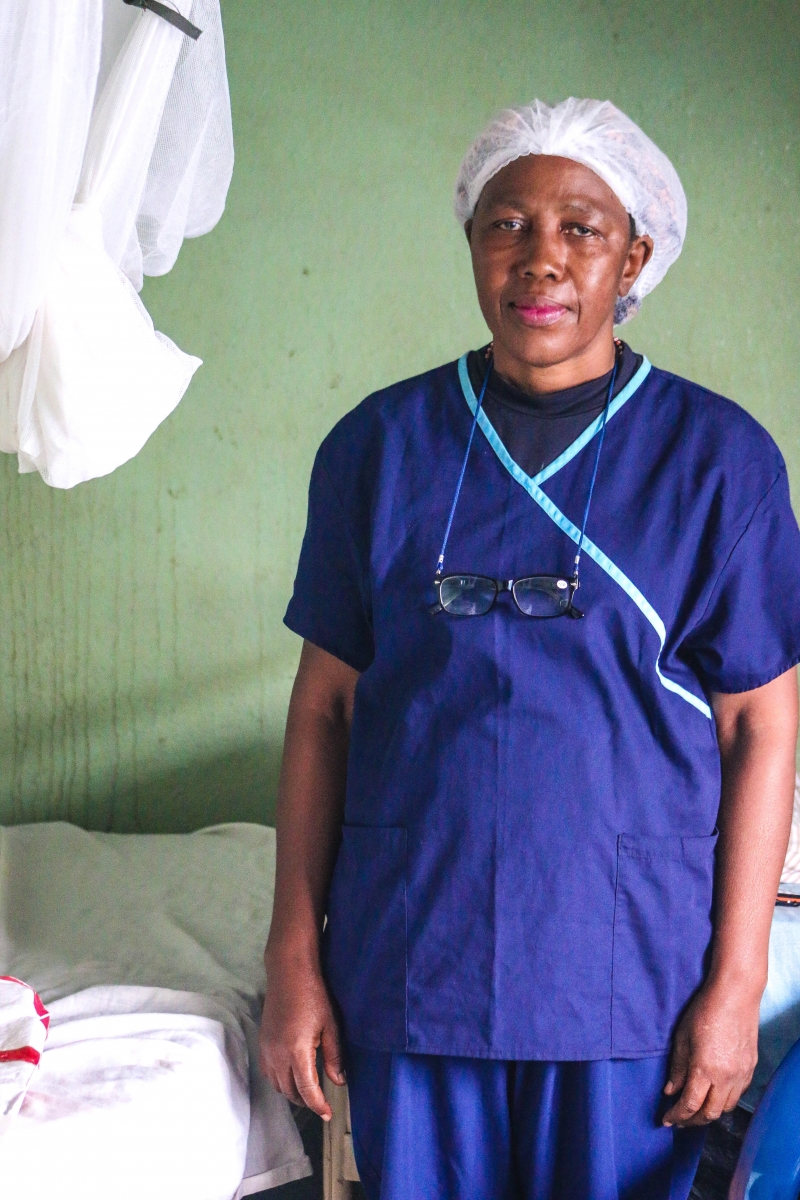 On a very rainy morning in Monrovia, the capital city of Liberia, nurse Florence Dokie (photo on the right) makes her way again to her duty post, dressed in an all navy-blue nursing scrub, with a matching hair-net, through the dark-soiled, muddy streets that line up the small market community around her office - a routine she has become so accustomed to although her hard work is not compensated by the right remuneration she deserves in this profession.

Florence, a trained nurse only receives
a monthly incentive of between $75 and
$80 from the Liberian government after
her name was wrongly taken off the
payroll system.

The National Health Workers’ Union of Liberia (NAHWUL), of which she is a member of, has been further trumpeting her concerns, working around the clock to offer as much help and support to her as possible, all in an attempt to get her name placed back in the system.

“NAHWUL has been so kind to have offered to help, supporting me in getting my documents in place in order to get this anomaly resolved,” she confesses.

Having completed nursing school in the year 2000, Florence took her first post in the Gbarpolu County, northern Liberia, for two years, following which she returned to school for further studies before receiving a transfer back to the same County, this time as an MCA Ward Supervisor.

By 2012, she decided it was time to go back to school again. Following procedure, she wrote a letter requesting for study leave, copied to her human resource manager at the Ministry of Health, her administrator and her chief medical officer.

All three gave her a green light to proceed on her request. 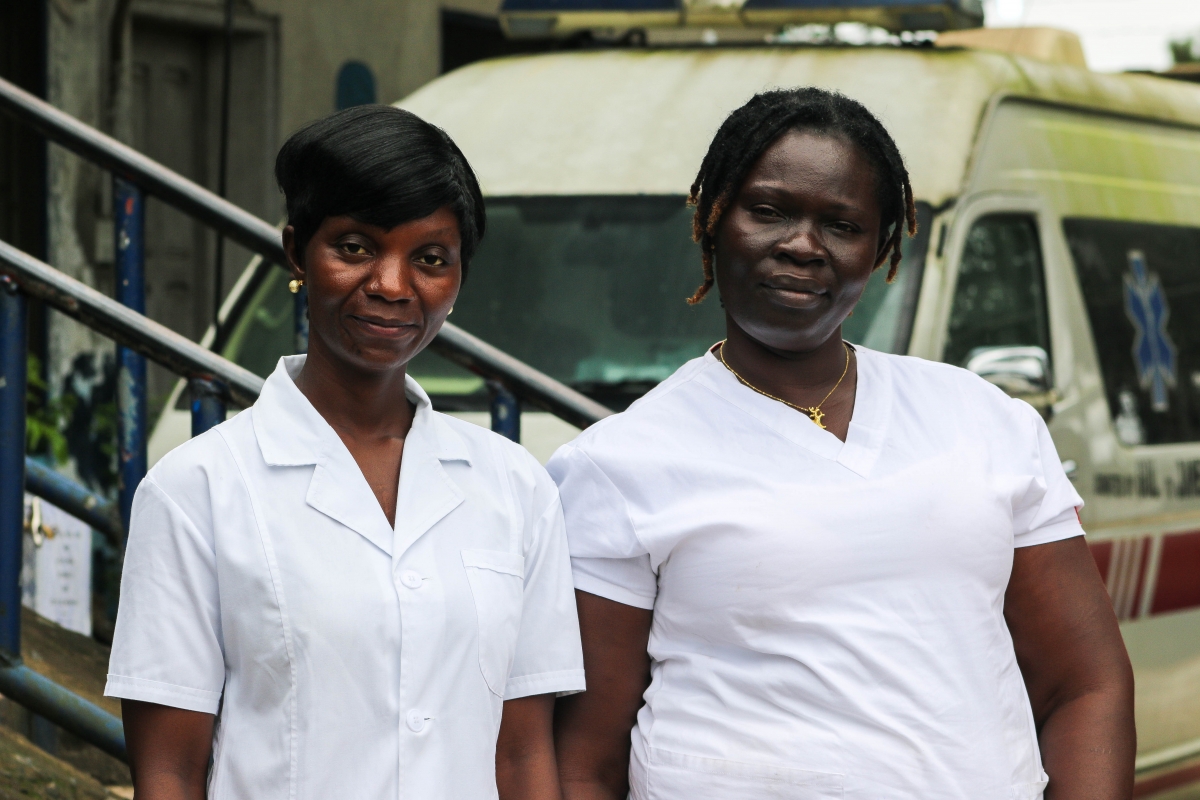 In April 2014 however, she noticed that her name had been deleted from the payroll system, for no reason. She learns about this unwarranted action after going back and forth from the Ministry of Health and her direct officers in the county for about a year.

“I went to the County Health Team in 2015 where I was assigned to Soniwein, where I currently work, but to date, I still have not been placed back on the payroll. Every time I follow up, with documented evidence, they keep telling me to leave and return later. It’s the same process all over, every time,” Florence explains frustrated.

Liberia is already faced with a huge health worker-backlog, with reports indicating that the country has three health workers per 10,000 people. Liberia was the country the worst hit by the Ebola crisis, with more than 4,800 dying out of the total 10,672 who were infected.

Florence's husband, following the deletion of her name from the system in 2014, walked out of the marriage.

Florence feels even more frustrated now as this unlawful deletion of her name has caused an end to her marriage, as she describes the painful separation she has had to go through with her husband, placing a huge burden on her and the children.

“After my husband left me, two of my children also had to drop out of college because it was really difficult for me to take care of their school fees and to also feed them daily without any other form of support.”

In the Neezoe community, where the James Davis Memorial (JDM) Hospital is, several health workers at this facility are waiting for the day their names would also eventually enter the national payroll system. For now, nurses like Sienna Tabolo, and Yassah Gbelee (photo above) might just have to go with what they describe as their “passion and desire to serve their fellow nationals,” while depending on a meagre yet unreliable incentive they receive for their work.

Two of Florence's children have had to drop out of college because she does not make enough to support their education as well as feed them. 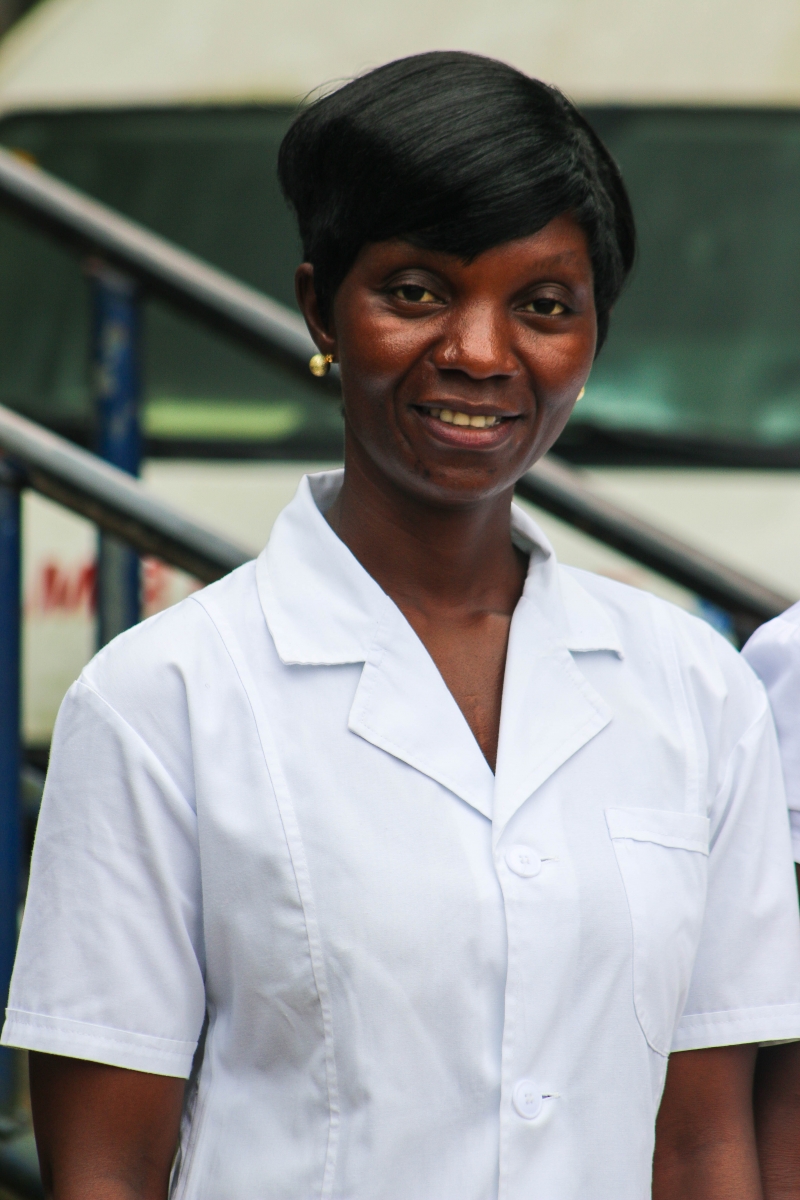 At the same time, Krubo Zayzay, another nurse, and scores of health workers in Liberia who have upgraded their levels of education while in active service, cannot be reclassified to their new levels thus they are underpaid because there is no career ladder in the Liberian Health System. In her case, Krubo obtained a Master’s Degree in Public Health in 2016, but has been retained by the bedside without a salary raise to add value to her educational achievement.

George Poe Williams, Secretary General of NAHWUL, says their fight continues. He was only recently reinstated after years of intensive campaigns by PSI to get him, NAHWUL president, Joseph S. Tamba, and some other 22 members of the Union reinstated after an illegal sack by the former administration of Liberia.

This incentive however isn’t always forthcoming, but Florence still has to work daily to save lives.

He assures workers in the health sector who find themselves in similar situations that they will get their issues resolved, building on the recent success of getting them reinstated, helping to sanitize the system of health administration in the country.

“Nurses in Liberia have been denied for so long, even though we work tirelessly to care for people, helping save lives even when the Ebola crisis hit our country hard not so long ago, but we are grateful that the health union, NAHWUL, with the help of PSI, is giving us hope and support in this struggle,” adds Florence.

She is also hopeful that when all this settles, their unrelenting service to their country will be considered and they will receive some compensation, at least, for all the years and troubles they have faced in this job of saving lives.