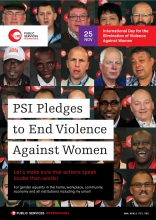 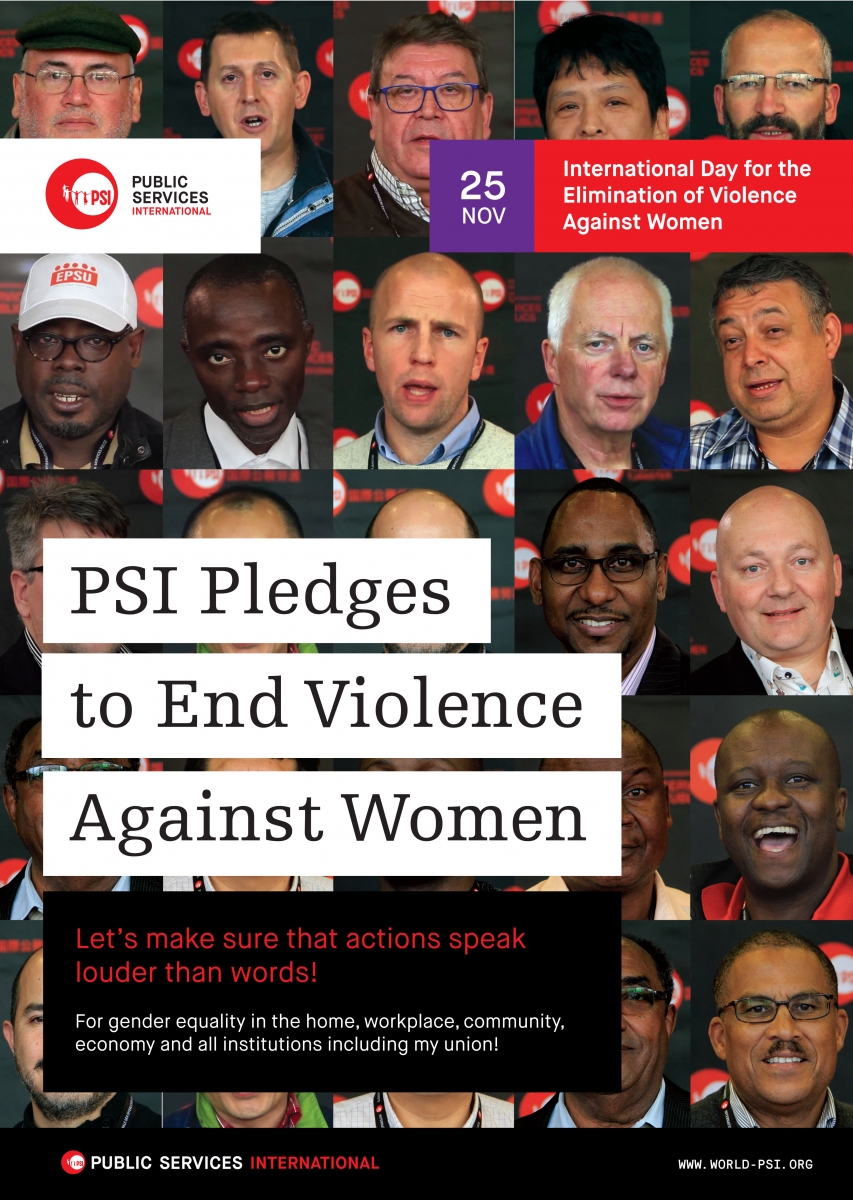 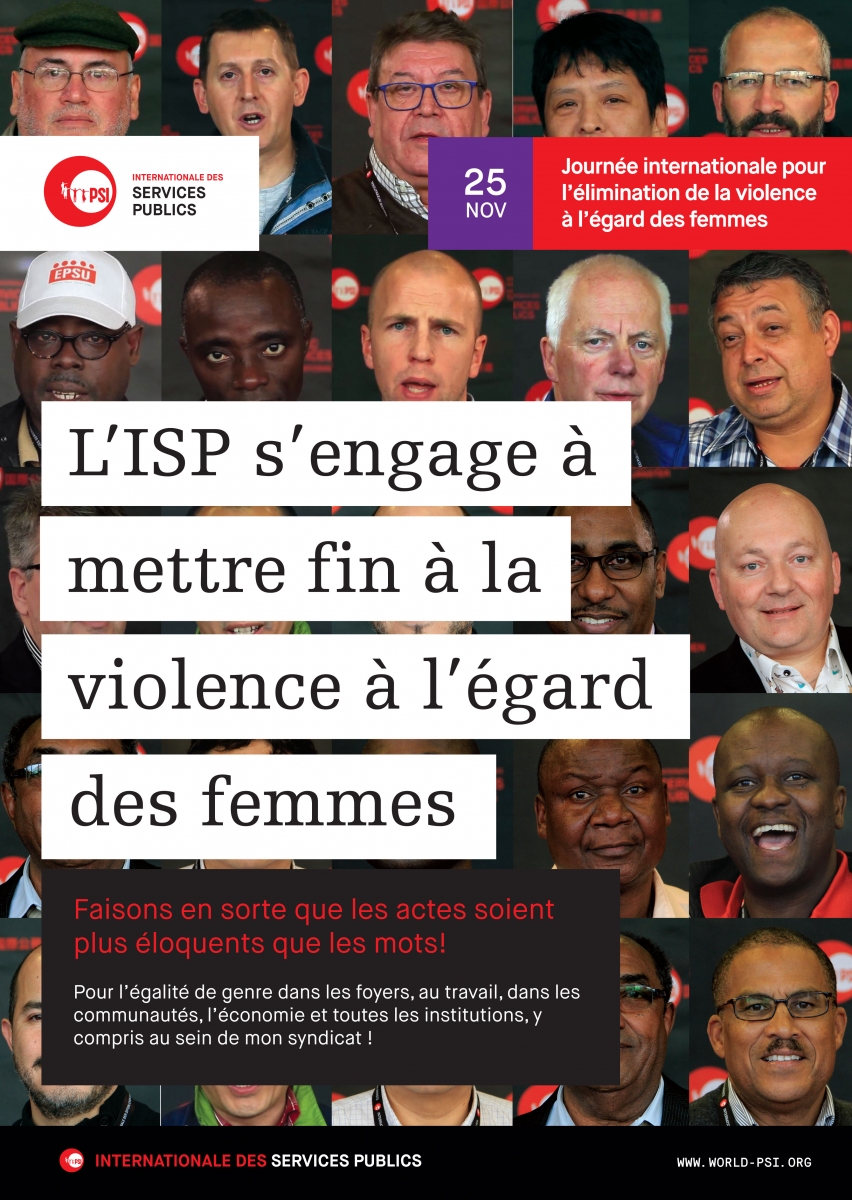 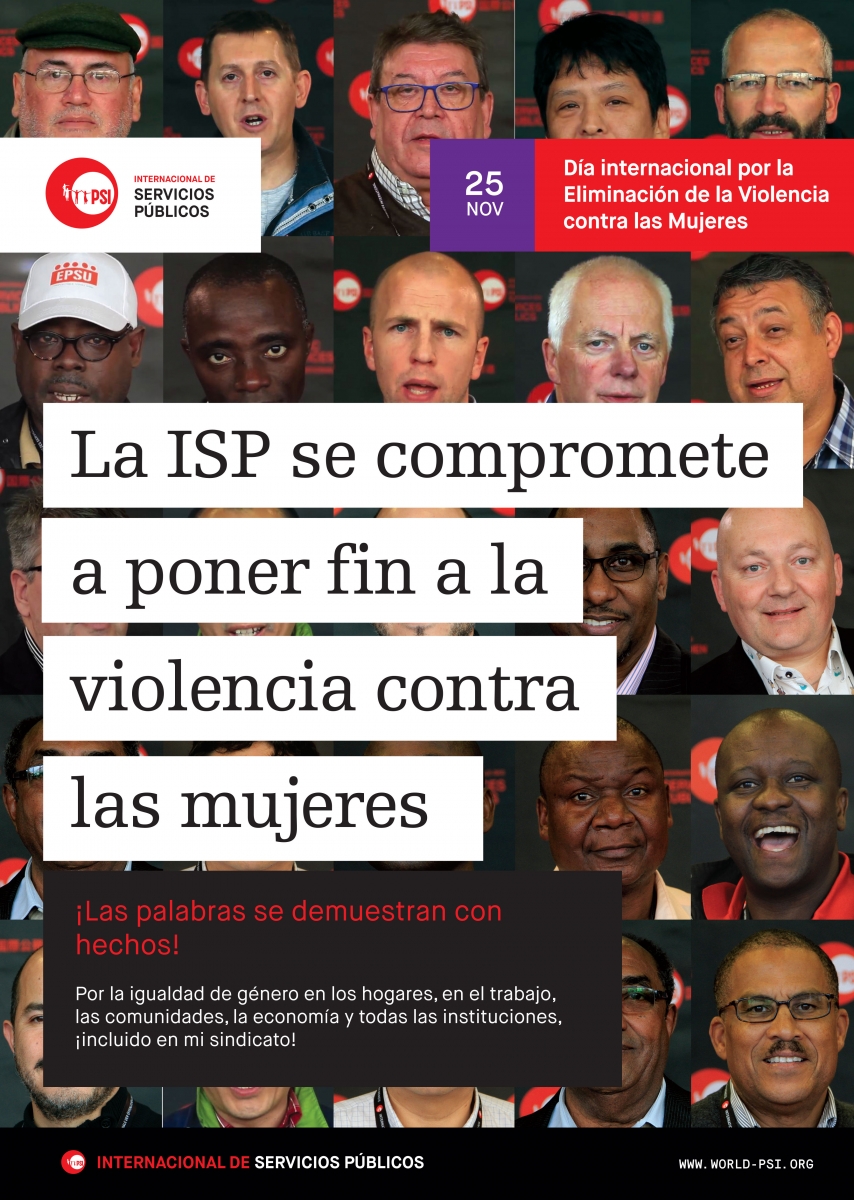 16 days of activism to end violence against women 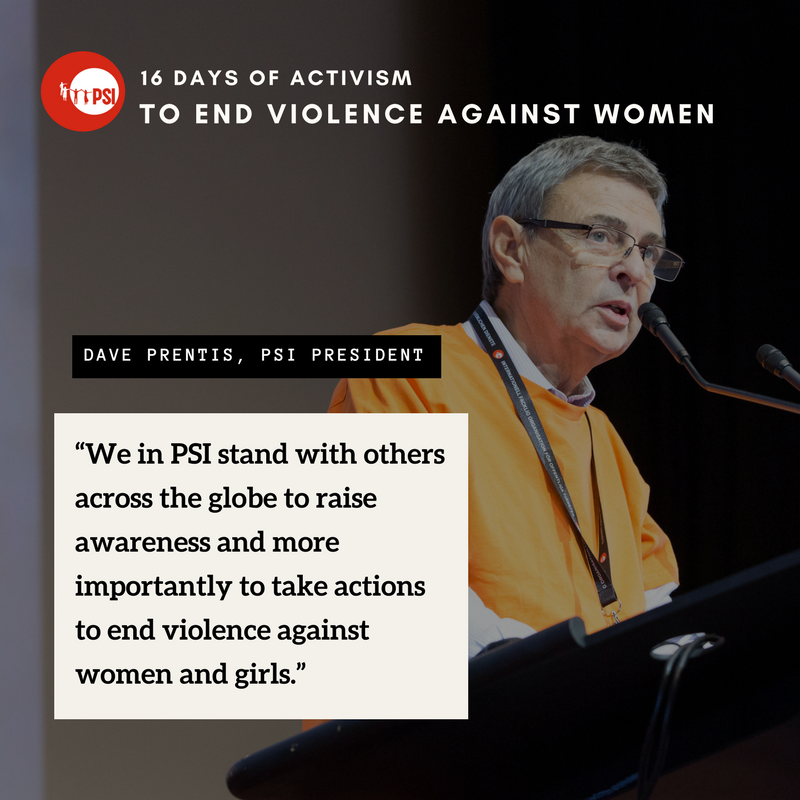 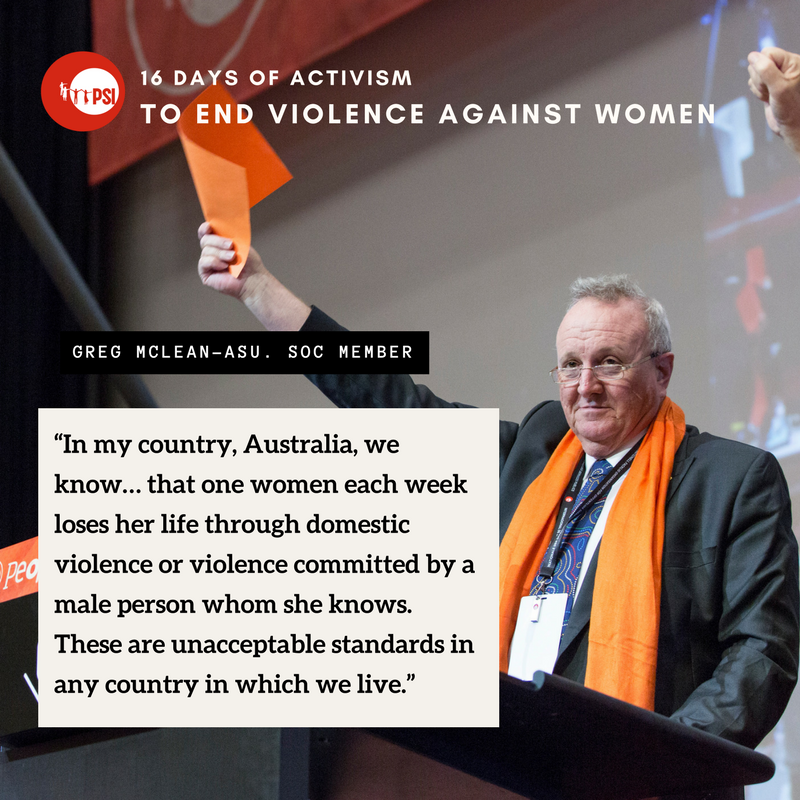 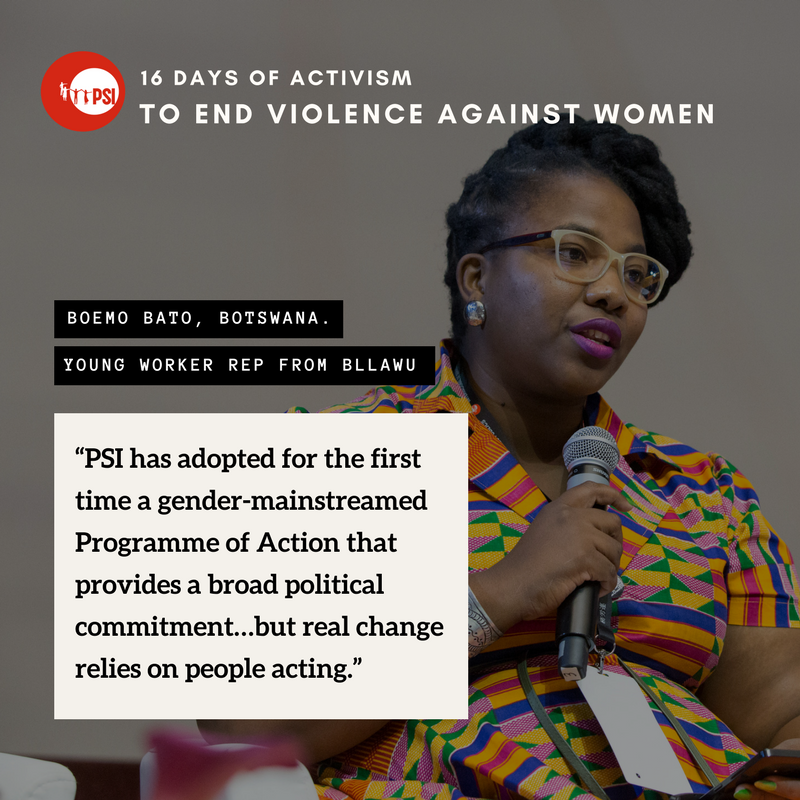 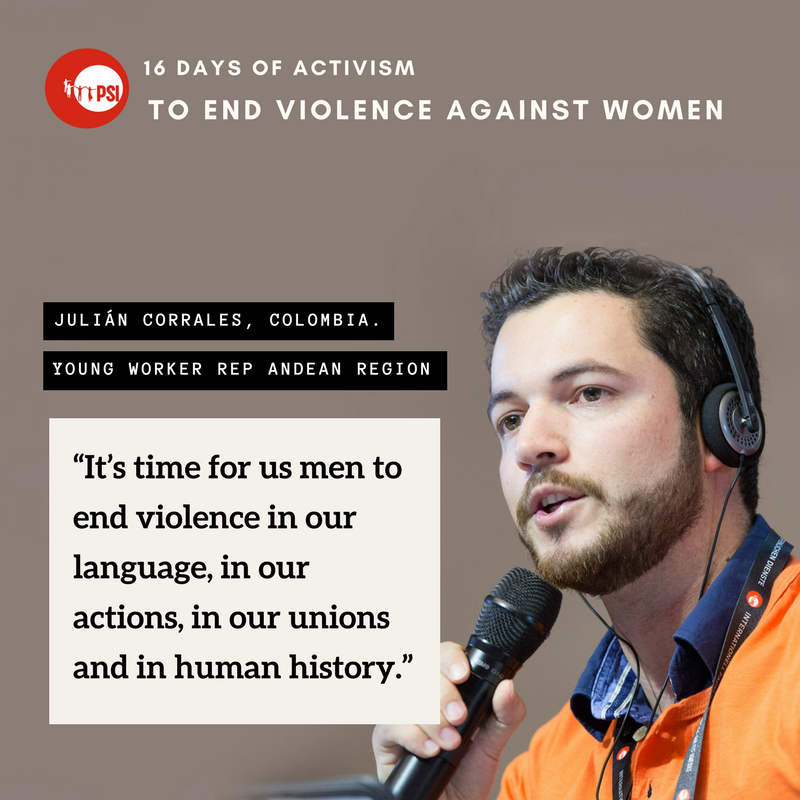 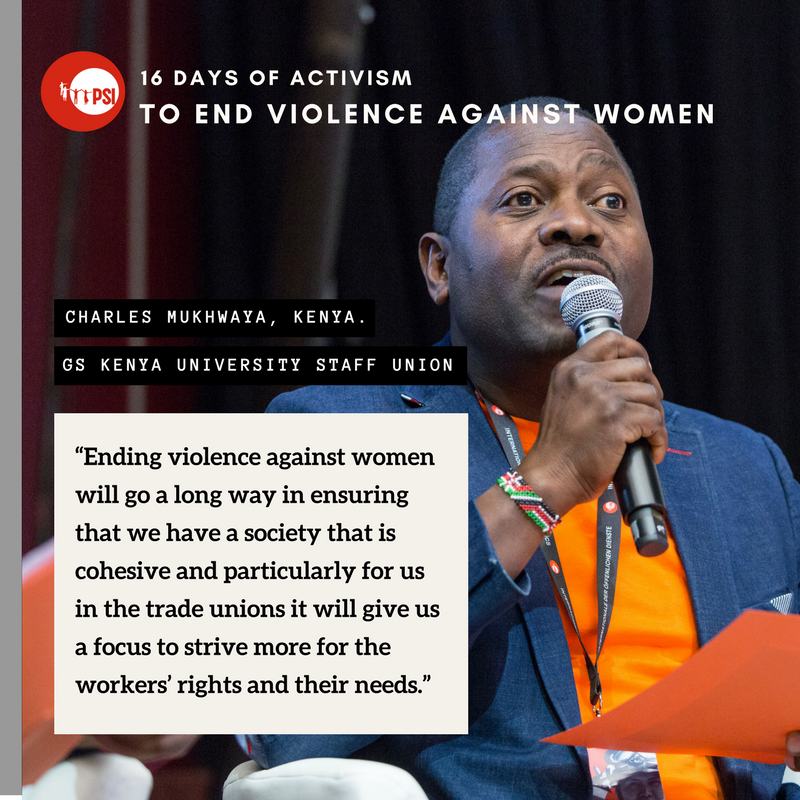 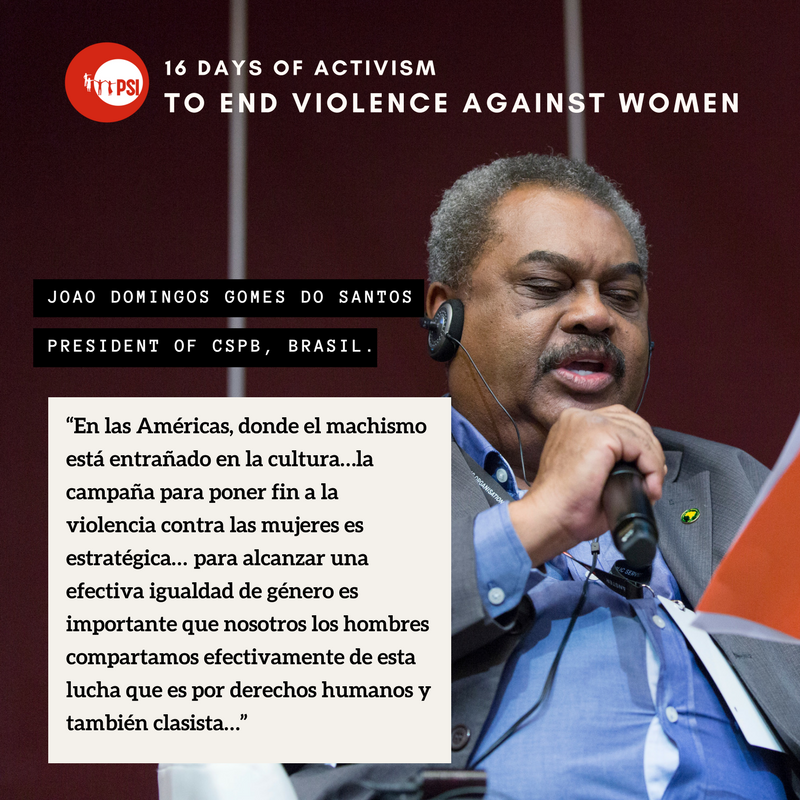 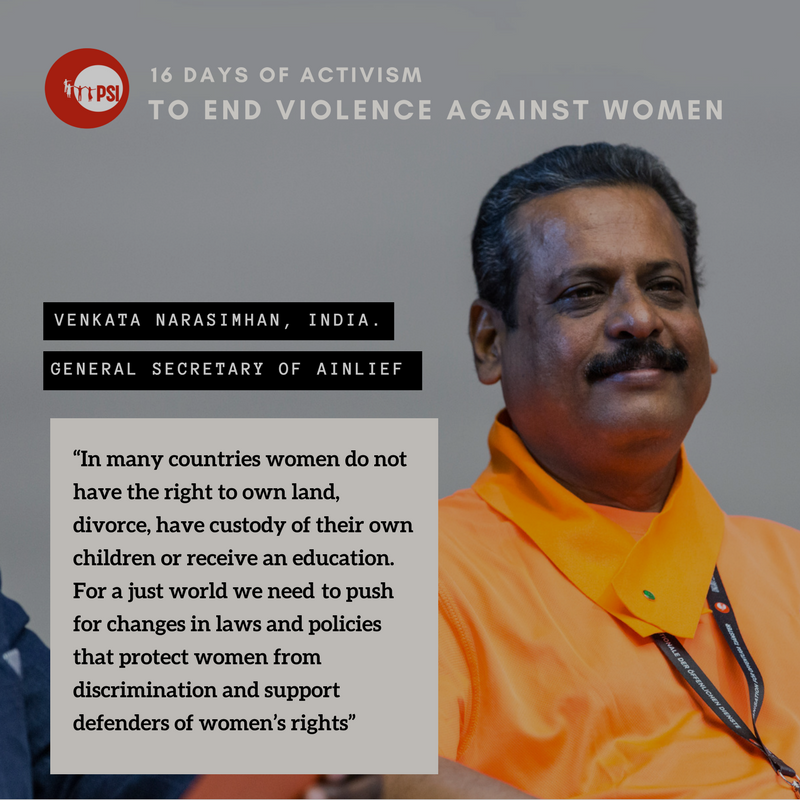 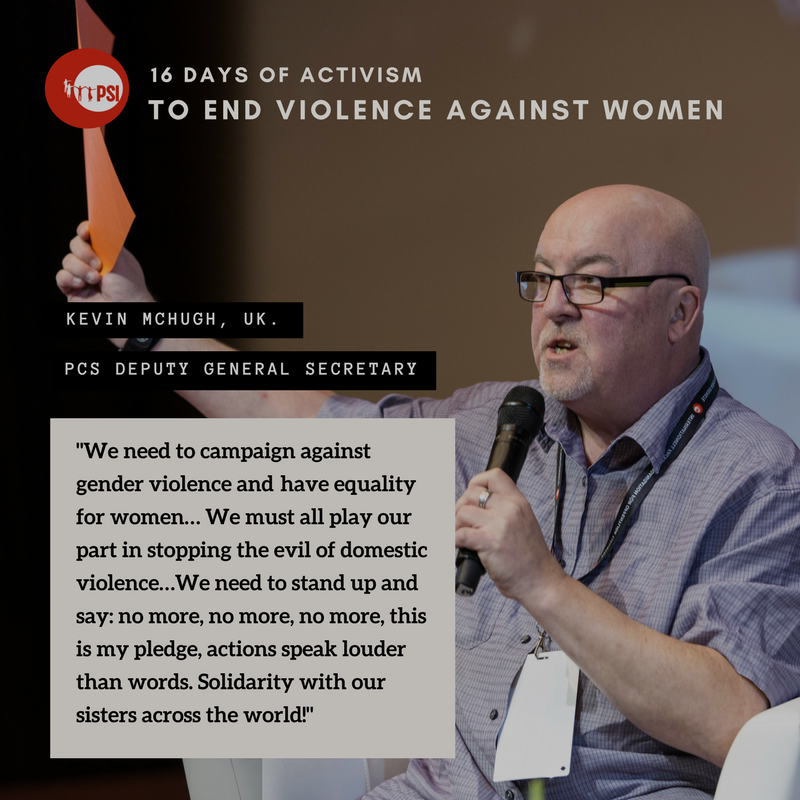 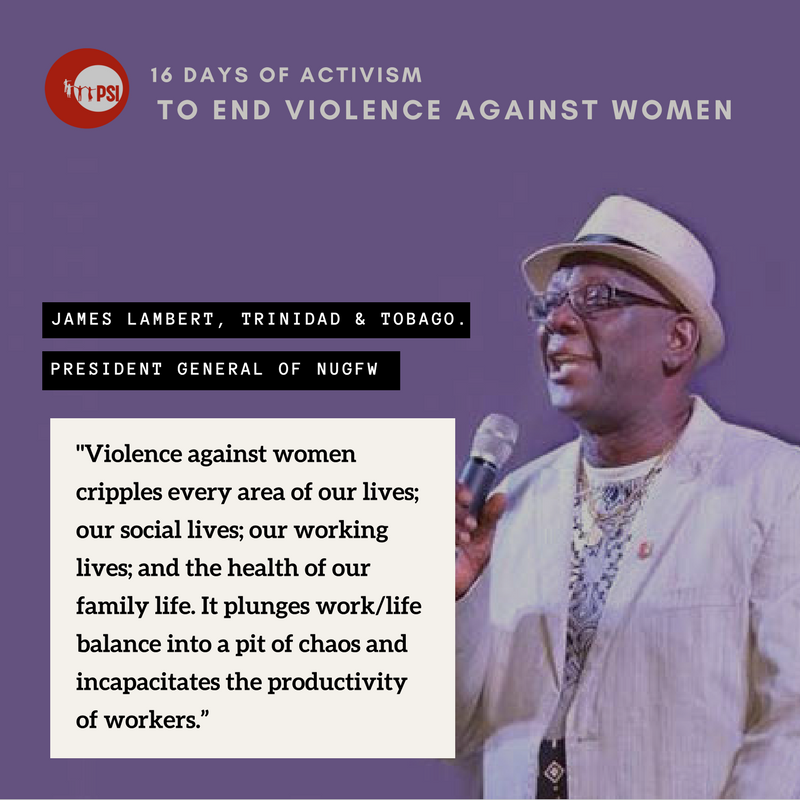 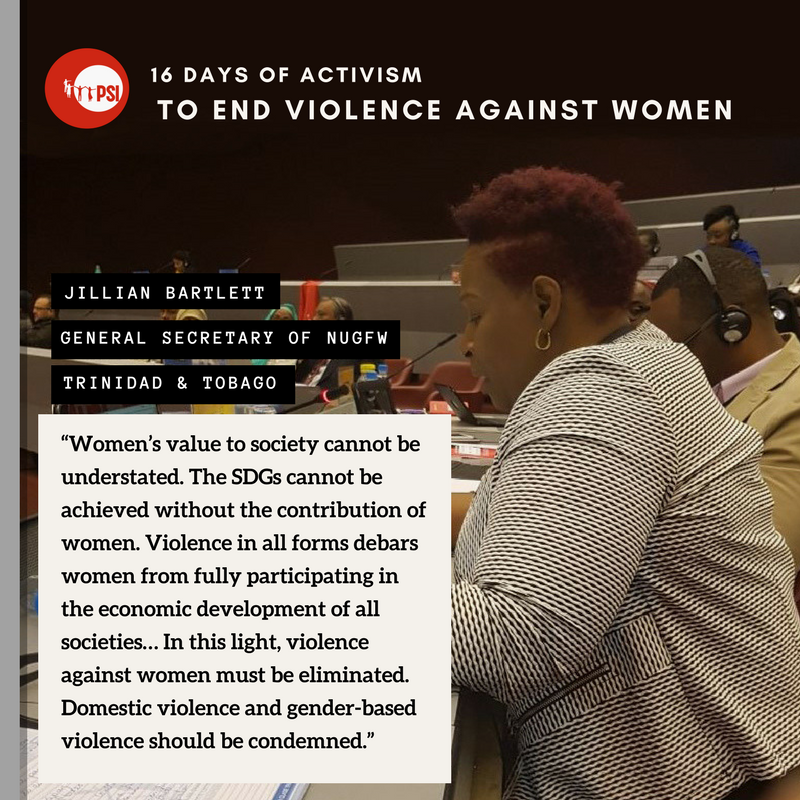 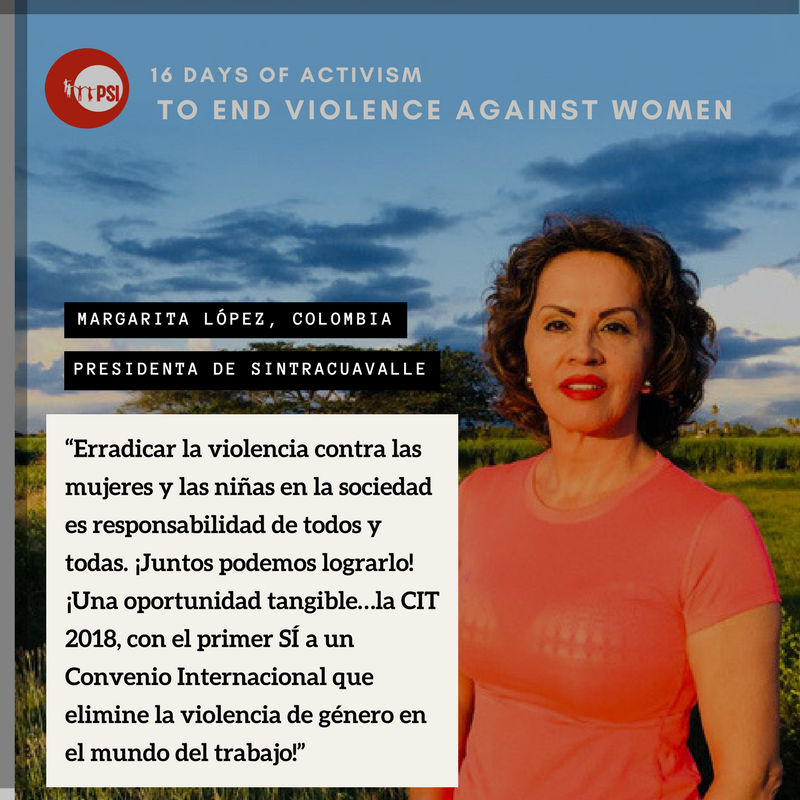 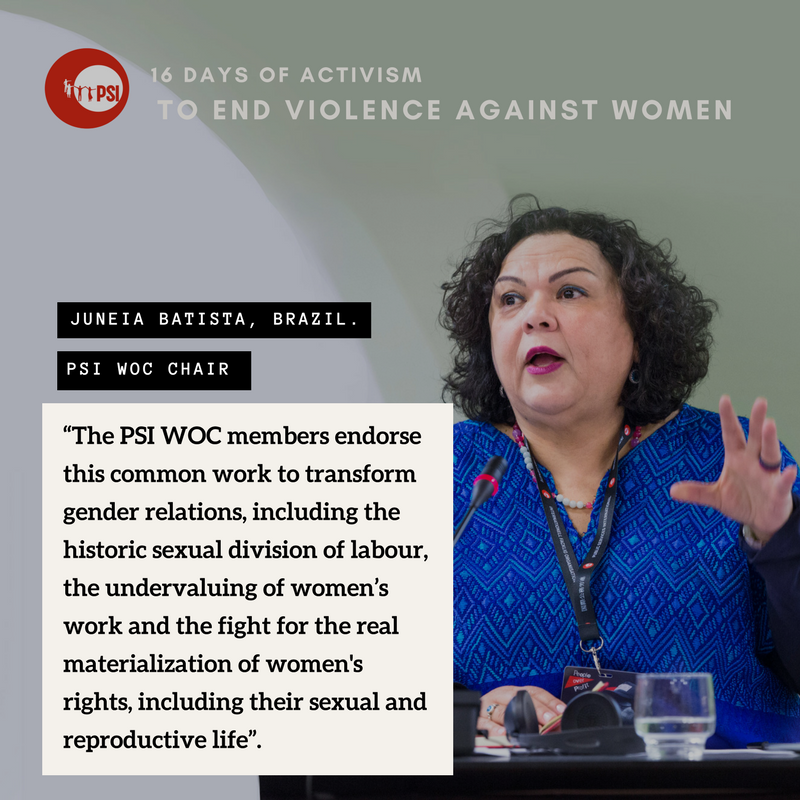 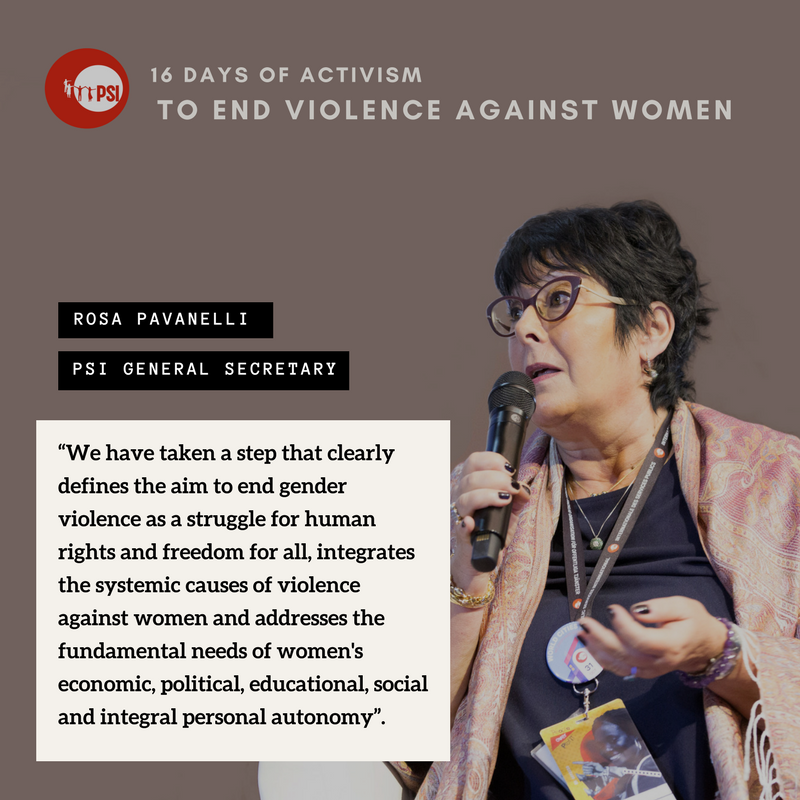 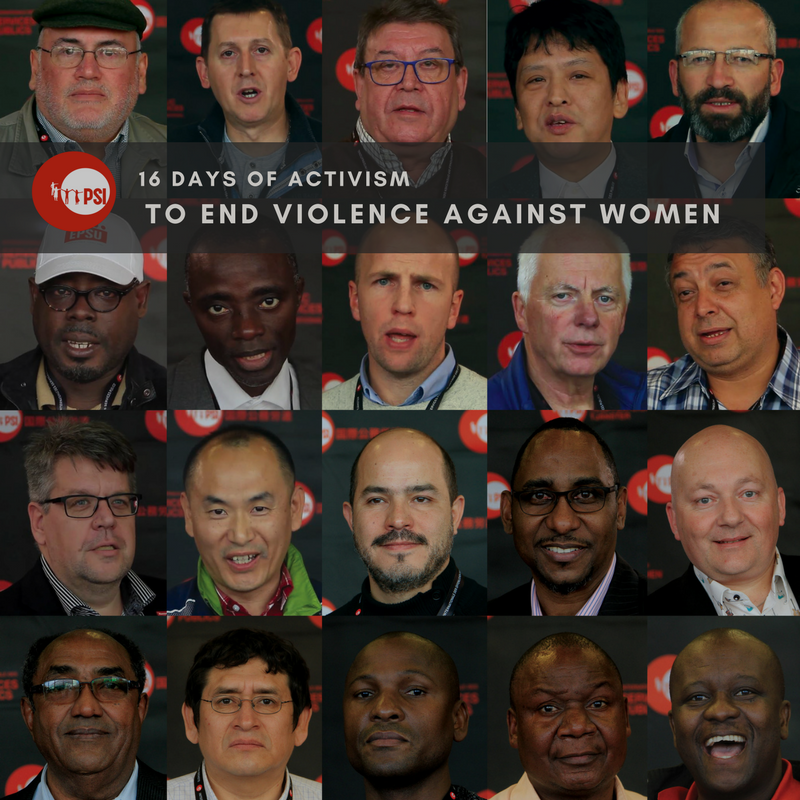 Actions around the world 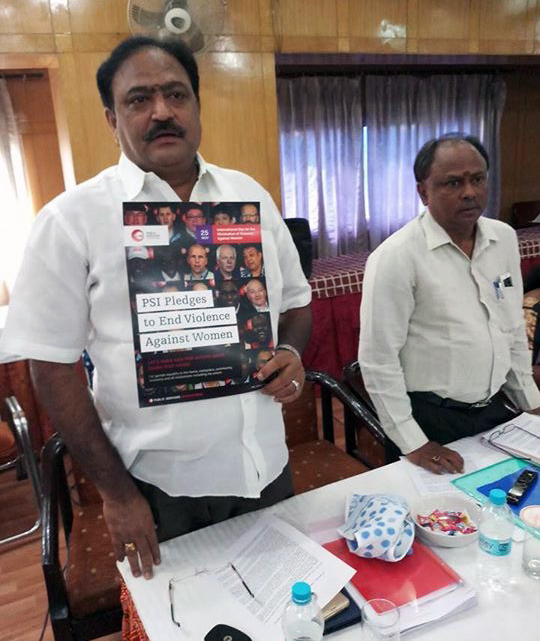 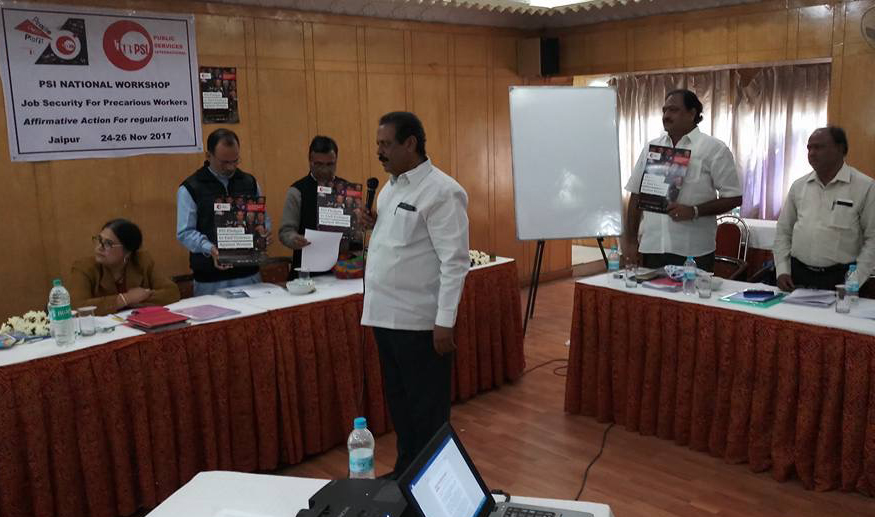 On the occasion of the celebration of the International Day for the Elimination of Violence Against Women, male members in India took a pledge with a message to governments and employers urging them to end violence against women especially at work. 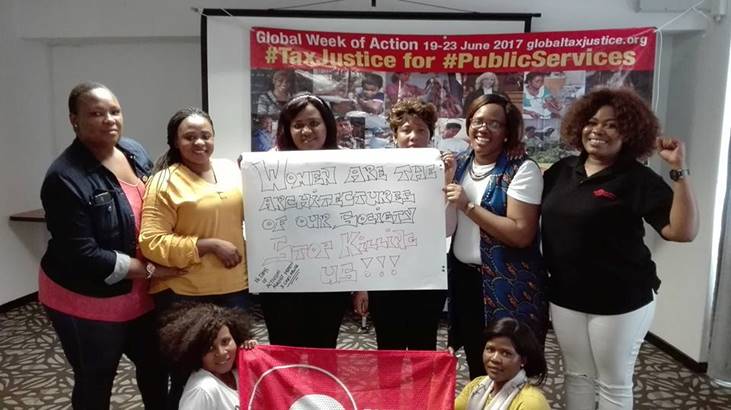 South African Young Women Workers carry a message scripted on a paper saying: “Women are the Architecture of our Society: Stop Killing Us” which also has the “16 Days of Activism against Women and Child Abuse” message on it. 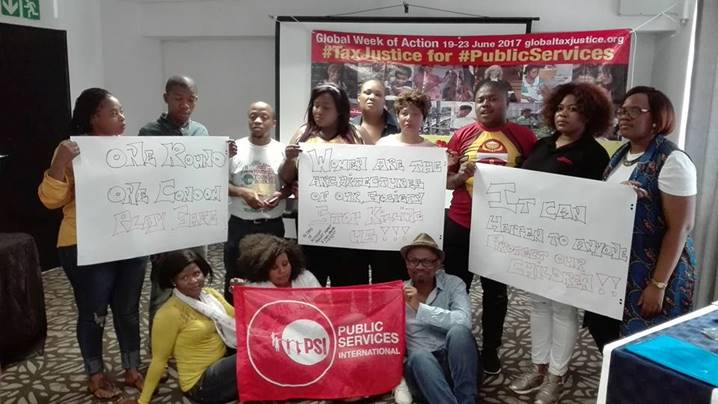 Workshop participants from South Africa pose with messages as part of the commemoration of the 16 Days of Activism against Women and Children Abuse campaign. One of the messages reads: “It Can Happen to Anyone: Protect Our Children”. 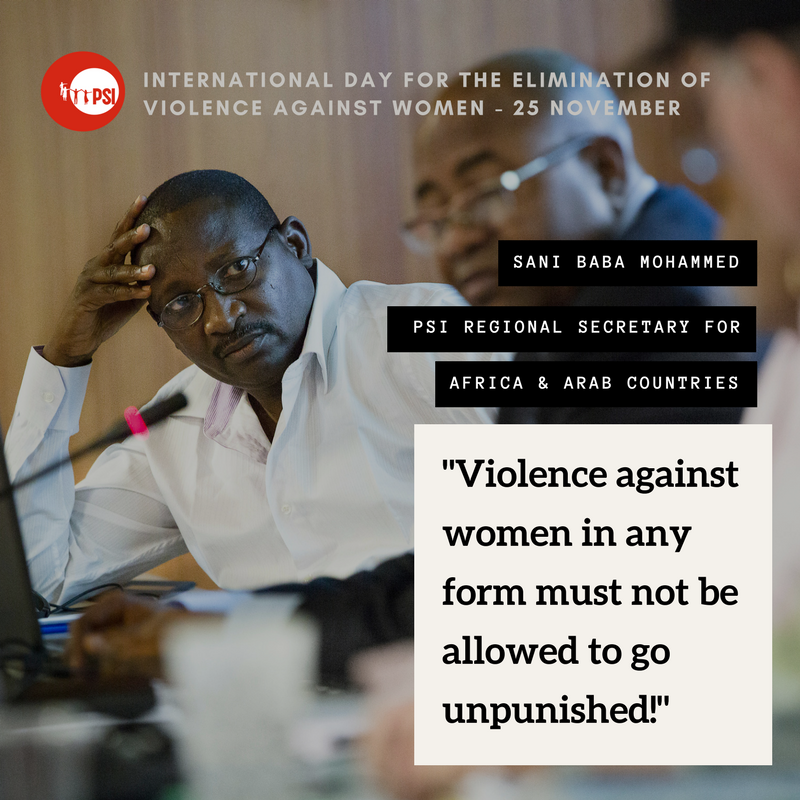 We, committee of women workers of SNAPAP / CGATA and members of the working group on violence against women in the workplace, have attended a conference / debate, held at the Bab Ezzouar union house on December 02, 2017 in, Alger .

The light of debates focused mainly on the current socio-economic context, which is the generator of all forms of violence. We consider the rogue laws passed in the past and the 2018 finance law passed by a parliament in the service of the oligarchy, as anti-social measures real sources of multifaceted violence, which hit women hard and make them more and more vulnerable. socially and economically as they destabilize and dislocate the family in precariousness and famine.

The increase in prices not only include bread but also oil, sugar and widely consumed commodities that will be inaccessible to employees - this a new source of social and economic violence.

We, women workers, refuse, denounce, and strongly condemn the cancellation of wealth tax, at a time when the state coffers are empty. Instead the authorities take money out of the pockets of their employees in distress, in the face of reduced purchasing power.

We women workers, appeal to all those who want to tell decision-makers that your laws are generating violence, that we refuse to suffer and that it is time to raise our voices together to shout loudly: enough is enough.