ILO Standard on Gender Based Violence 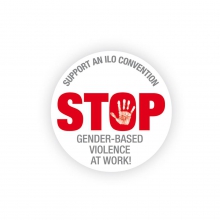 The November 2014 session of the ILO Governing Body will again discuss a proposal to include a standard setting item on “violence against women and men in the world of work” on the agenda of a future International Labour Conference. This item was last discussed at the March 2014 Governing Body and whilst there was strong support from some governments, the proposal was not supported by the employers. The Worker’s Group has consistently supported the proposal as a first priority.

In order for the proposal to be accepted by the Governing Body (GB), we will therefore need to persuade more governments to support it as a first priority, and to convince some national employers’ associations that are members of the GB to support the proposal.

Therefore, we call on PSI affiliates to take action and send letters to the members of the ILO Governing Body and their governments by 20th October.

Other governments it would be useful for us to target include:

We would ask you to keep us informed of your lobbying efforts and the positions that your government and employers’ associations are adopting. You can send your updates to Sandra.Vermuyten@world-psi.org