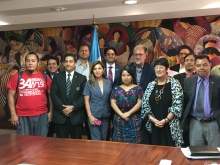 A PSI mission headed by its General Secretary, Rosa Pavanelli, visited Guatemala from 28 August to 1 September to observe in situ the progress on the Roadmap agreed with the ILO.

It is recalled that in October 2016, the Governing Body of the ILO must decide on the appointment of a Commission of Inquiry to examine the complaint concerning the non-observance by Guatemala of Convention 87, made by delegates to the 101stSession (2012) of the International Labour Conference.

Many things have changed since the signing of the "peace agreements" in 1996, which signaled the end of the armed conflict of more than two decades in Guatemala. The country is nowadays the largest economy in Central America, with a per capita income of 5,300 US dollars and an annual growth of 4%.

At the same time though, Guatemala is one of the most unequal countries in terms of wealth in Latin America, with 54% of the population living below the poverty line. In addition, the country is plagued by high levels of corruption and still has a large deficit in human rights, particularly with regard to freedom of association, given the fact that there has been a record high of 81 killings of trade unionists in recent years. 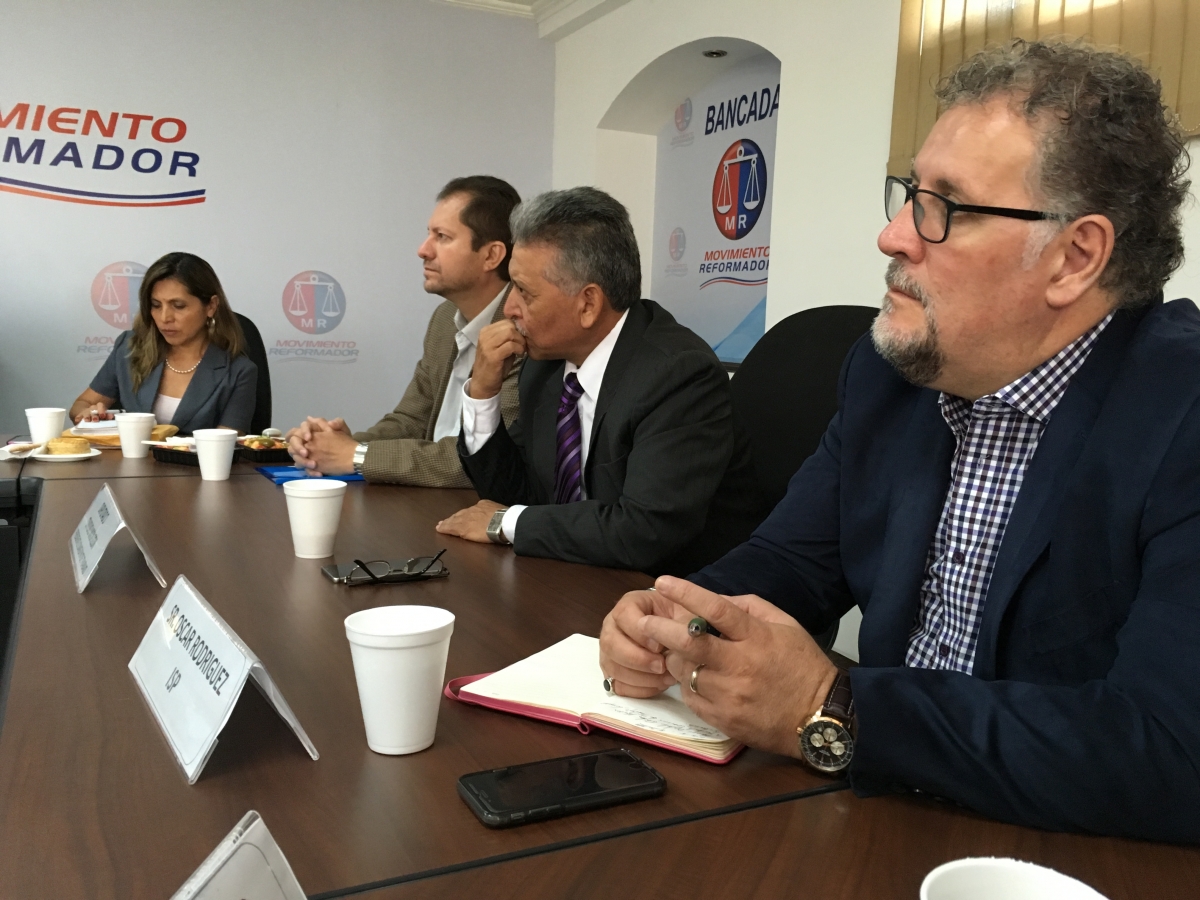 The ILO supervisory bodies – the Committee of Experts and the Committee on Freedom of Association – have been examining this situation for many years, but the progress achieved is limited. As a result, workers’ delegates lodged a Complaint against the country during the International Labour Conference in 2012. The Department of Labor of the United States of America has reached similar conclusions under the review mechanism of labor clause of the Free Trade Agreement between the United States, Central America and the Dominican Republic (CAFTA-DR). Successive governments in Guatemala have pledged several times to address and remedy this situation, the last of these attempts being the adoption of the Roadmap in 2013.

The PSI mission was framed within this context and it’s the third of its kind, following the ones of 2013 and 2014. During this time the Coordination Group of PSI affiliates in Guatemala was created, consisting of:

The Coordination Group has been campaigning to strengthen the trade union movement and leading the efforts, together with its National Youth Committee and National Women’s Committee, to achieve a significant improvement on matters related to freedom of association in the country. The PSI mission first met them for an overview and presentation of the Action Plan for the period 2016-2017.

The PSI mission – together with members of the Coordination Group – also met with representatives of the international community in the country and government officials to discuss progress on the different components of the Roadmap. They included:

In addition to the developments in the investigations into the murder of trade unionists, both the Minister of Labour and the President of the Commission of Labour reported that two draft legislations that take into account the ILO Conventions and comments of the supervisory bodies of the organization – one on freedom of association and the other on strengthening labour inspection – will soon be discussed in the legislative body.

This will be a breakthrough in the Roadmap and will indicate that the new government of President Jimmy Morales is committed to improving the situation in the country and is taking concrete steps in that direction. This will also represent a turning point in the various international forums that observe the situation in Guatemala. However, it is still uncertain whether these new laws will have sufficient support of the political spectrum, thus the votes needed for approval.

On the other hand, the meetings with representatives of the international community and other sectors evidenced that there are pending issues in other areas. For instance, the European Union has condemned the attacks on human rights activists that still occur in the country. The OHCHR has also voiced its concern about the threats against trade unionists, and the Labour Rights Advocacy Network reported an increase in acts of violence.

PSI has also stressed in all these meetings its concern about the ongoing attacks to collective bargaining and, in particular, to collective agreements between public workers and the government. These attacks, by some government officials and the private sector, are aimed at declaring these agreements "harmful" to the interests of the country, thus blaming the unions for the economic difficulties the State is facing. At the same time, PSI restated its offer to create a bipartite dialogue forum to resolve these and other issues of interest to the parties in a climate of mutual respect.

In the following weeks, PSI and the Coordination Group will be monitoring the situation on Guatemala, in view of the forthcoming session of the Governing Body of the ILO, to determine the next steps leading to the full respect of freedom of association in the country.