Flint isn’t the only city: austerity politics maim and kill 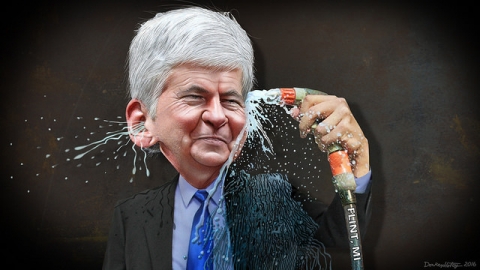 The Flint crisis is a glaring example of the results of right-wing governments Public Services International (PSI) stands with the public service workers of Flint, with their families and their communities as they struggle with this massive miscarriage of justice.

Possibly for the first time in its history, the city of Flint, Michigan in the USA is receiving global attention. And it is not good news, as many of its citizens are being poisoned because of the presence of lead and other contaminants in the city’s water.

Following a heavy de-industrialization (the loss of car manufacturing plants), and in the aftermath of the global financial crisis, the city of Flint lost many well-paying jobs and middle-class residents.

The next step was the electoral victories of the Republicans in the state. Republican Governor Rick Snyder implemented nearly $2 billion tax cuts for corporations and the wealthy, paired with major cuts in public services, as well as attacks on public service workers’ collective agreements and pension funds.

This set the scene for Governor Snyder taking full control of the city of Flint’s government.  Snyder used gubernatorial powers to appoint an “emergency manager” with dictatorial power over the city government. 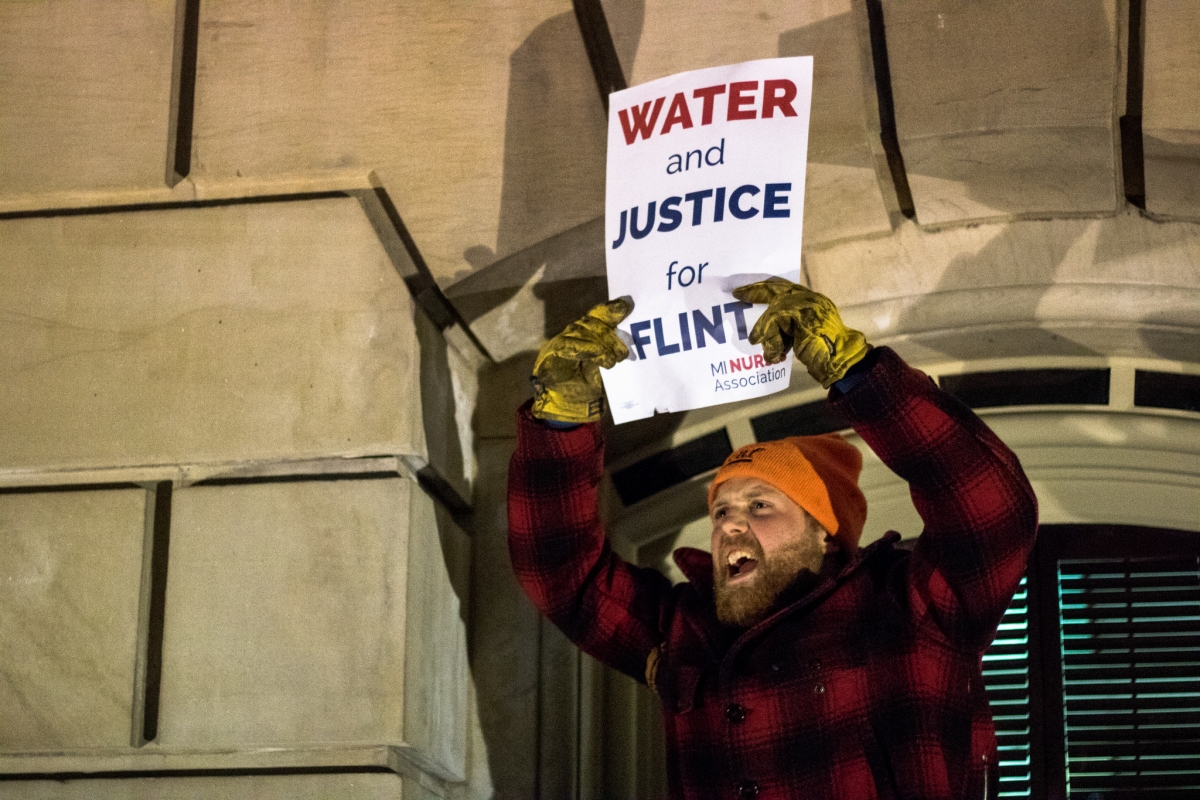 Protestors rally on the lawn of the Michigan State Capitol and called for Gov. Rick Snyder's resignation as a result of the Flint water crisis during his State of the State Address on Tuesday, Jan. 19, 2016 in Lansing, Mich. Photo: Nic Antaya (Flickr: https://www.flickr.com/photos/133348419@N03 /Instagram: www.instagram.com/nicantaya/)

The water crisis started in April 2014, when Flint’s emergency manager stopped paying the city of Detroit for supplying water to the citizens of Flint, and instead, decided to draw the city’s water from the polluted Flint River – saving a couple of million dollars. The hasty process led to Flint River water being treated with many aggressive chemicals, which caused lead and other toxic substances to leach out of the city’s pipes and into homes, schools, hospitals, workplaces.

Lead poisoning is especially harmful to children, and there is no safe quantity that can be absorbed.  On 9 February, The Nation’s article How Many Flints Are There? said:  “The amount of lead dust that covers a thumbnail is enough to send a child into a coma or into convulsions leading to death. It takes less than a 10th of that amount to cause IQ loss, hearing loss, or behavioural problems like attention deficit hyperactivity disorder and dyslexia.”

To make matters worse, it appears as if Governor Snyder’s administration knew of the poisoning, as they started supplying their administration with bottled water 10 months before the crisis was made public.

“The Flint crisis is a glaring example of the results of right-wing governments. Their politics of austerity maim and kill. Flint isn’t the only city, and the USA is not the only country. These callous attitudes towards human lives and human rights need to be fought everywhere. Our affiliate AFSCME is alerting us that the government may resort to privatization of the water system as a way to further distance itself from the crisis which it provoked. PSI stands with the public service workers of Flint, with their families and their communities as they struggle with this massive miscarriage of justice.”

For more information on PSI’s work in the water sector: