Fighting for a People’s National Health Insurance in South Africa 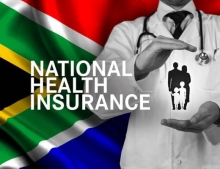 The main objective of the conference was to create alliances with other CSOs that support social justice to push for a National Healthcare policy that guarantees universal access to quality healthcare.

In June 2018, the South African National Department of Health published the NHI Bill, which outlined government’s intention to create a National Health Insurance Fund to act as single public purchaser and financier of health services, as well as a related official bodies to administer the NHI in South Africa. The Sub-Regional Office in Southern Africa welcomed the Bill with cautious optimism and submitted comments on how the Bill in its current formulation, reproduces class divisions and discrimination rather than providing a framework for equal access to health care for all.

In the market economy, health care has become a commodity. A recent inquiry into South Africa’s health system highlighted the deep inequality between private and public provision of health services. A privileged 16% of the population who have access to medical insurance, are serviced by 70% of the country’s doctors in the private sector, with an excess of bed capacity. In contrast, the public health system battles with a devastating shortage of beds, equipment, medicines and staff.

PSI General Secretary Rosa Pavanelli opened the conference and introduced PSI’s Right to Health Campaign. She spoke about the importance of a progressive taxation system, and the need to end fiscal breaks or incentives for corporations in order to fund the NHI and invest in public facilities. This is particularly pertinent as the NHI Bill is accompanied by legislative Bills that undermine the principles of Universal Health Care and as well the notion of an equal and single benefit package for all.

The transitional model proposed by the government towards full implementation of the NHI also imposes medical aid schemes packages on formal sector employees, throwing a lifeline to medical aid schemes. In addition, the Medical Aid Schemes Amendment Bill aligns the schemes with the NHI. This is an example of how the private sector has used lobbying to influence government policy.

In a discussion on migrant rights, it was resolved that the NHI should return to its initial position in the White Paper, which gave migrants full access to NHI benefits packages. Under the current Bill, undocumented migrants have no rights to access even emergency care.

There is also inequality between the responses to rural and urban health needs: rural health requires urgent overhaul as mismanagement, corruption, staff shortages and lack of funding have depleted its capacity to provide effective services. The NHI Fund will only purchase health services from service providers who comply with the Office of Health Standards Compliance (OHSC).

This will foster continued health inequity as few audited public health facilities have been able to meet those standards, due to many years of being underfunded. This means that the NHI is more likely to contract services from private health care providers, entrenching inequality in the system. Unfortunately, the Bill remains silent on how services will be improved in the most marginalised areas.

PSI and its affiliates called for more accountability and transparency and the inclusion of labour and civil society representatives on the various decision-making Boards of the institutions and bodies that have been created, to ensure that the interests of the people who are to use the fund are raised from a position of experience and not assumed knowledge. This is where labour and community voices are essential.

PSI made the following recommendations on the Bill:

Public Services International will continue to work with trade unions and civil society organisations to push for a public healthcare system that guarantees universal access to quality healthcare in South Africa. The PSI Southern African sub-regional office is prepared to act as a catalyst of joint campaigns and actions to push for quality and equality in health.