On Wednesday 30 November, public sector workers all over Europe are protesting against austerity measures following a call for action by the European Federation of Public Service Unions (EPSU). In the UK, 2 million workers are taking part in the public sector unions’ pension strike. Trade unionists in Bulgaria, Belgium, Greece and other European countries are organising a national day of action on 30 November.

Angry about the inability of European leaders to find a solution to the crisis and building on a series of national actions by public sector workers in Greece, Portugal, Spain, Italy and elsewhere, PSI/EPSU members protest against brutal austerity measures which include attacks on trade union and collective bargaining rights, cuts in staff, wages, and pensions, and reduced public services for citizens.

In this press release, Carola Fischbach-Pyttel, EPSU General Secretary underlined that Europe’s public service unions reject the "Catastroika" approach of the International Monetary Fund, the European Central Bank and the European Commission which seeks ever deeper cuts in public spending.

The latest press release says Enough is enough! "This European day of action is the beginning of a process to give European people a real sense of unity. The current policies in Europe will destroy all we have fought for in the last decades. Now we say no to coordinated austerity madness and yes to a social and democratic Europe," said EPSU's General Secretary.

Unions mobilised all over Europe and also in the USA in solidarity actions. See the EPSU website for details of public sector general strikes, national days of action, mass meetings, and protests outside EU offices and banks.

The ADEDY civil service confederation along with other trade unions has been maintaining its protest and strike actions against the austerity measures being imposed on Greece. New measures announced recently could lead to 20,000 public sector workers losing their jobs or facing further reductions in pay,early retirement or part-time work. 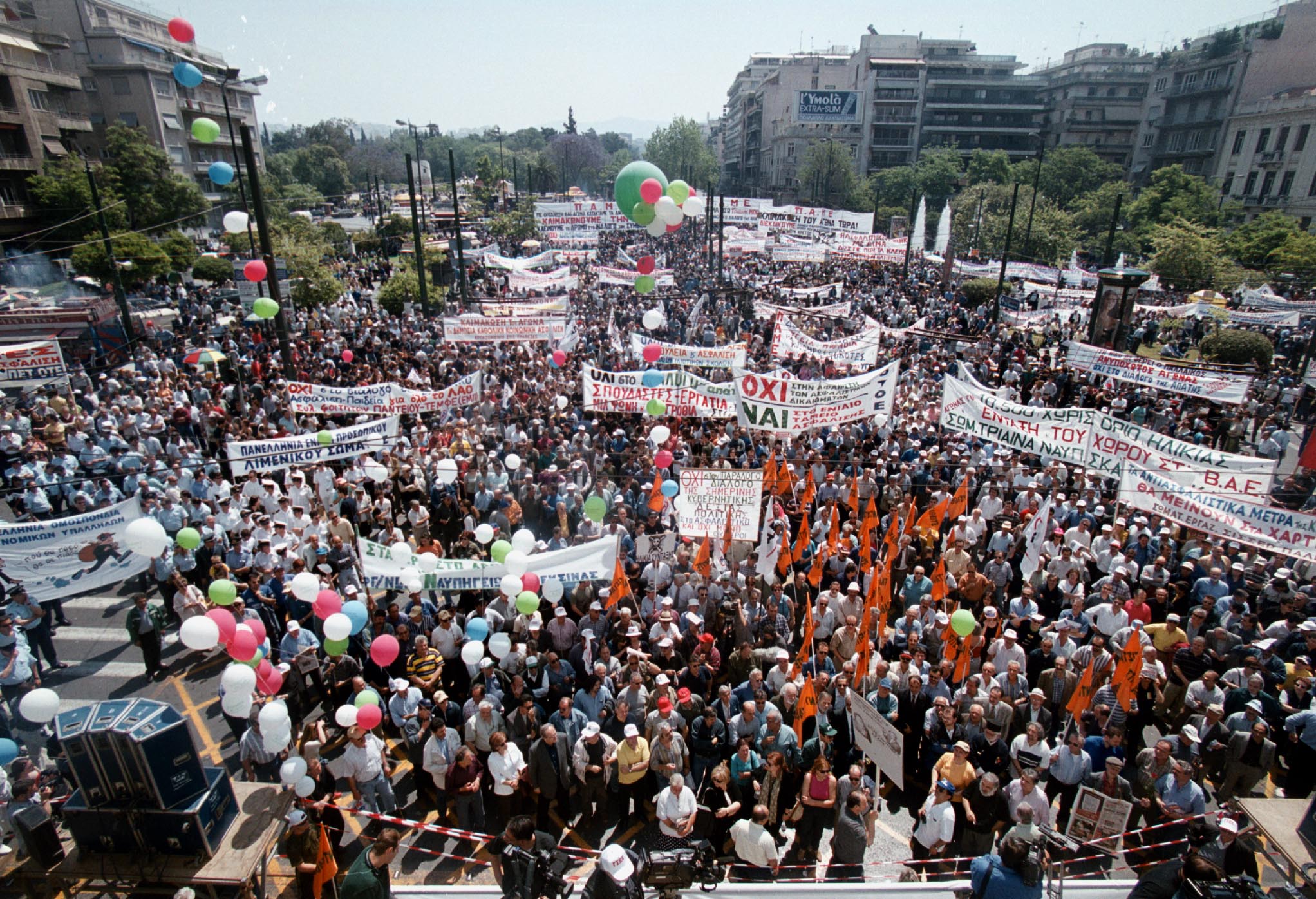 PSI affiliate unions in the United Kingdom worked hard to build support for coordinated industrial action on 30 November in response to the government’s failure to negotiate properly over changes to pensions and its plans to cut the pensions of millions of public sector workers.

Members of Public and Commercial Services Union, UNISON, GMB, Unite, Prospect and the FDA senior civil servants’ union are all affected.  An estimated three million workers are to begin strike action on 30 November.

UNISON reported that, following a ballot of its 1.1 million members, nearly 80 percent of those who voted supported taking action. Both UNITE and Prospect public sector members returned votes of 75 percent in favour of strike action; FDA members voted 81 percent for industrial action; and a majority of PCS and GMB voting members also supported a strike.

Government plans would require workers’ to increase pension contributions – in some cases by as much as 50 percent, to reduce pension benefits, and to increase the age at which pensions can be drawn. This comes on top of a two-year wage freeze for many members.

The unions are also seeking a judicial review of the government’s actions.

No to privatised tax services

More than 21,000 revenue and customs call centre staff could strike over plans to allow private companies to answer taxpayers' enquiries in the UK, after a ballot by Public and Commercial Services union members. Of those who voted, 86 percent said yes to a strike or other industrial action.

Watch the video for the single "Let's Work Together" by The Workers, a group of public service workers coming together to raise awareness and solidarity ahead of the TUC day of action on pensions justice on 30 November 2011.

Check out the 30 November events map.

US Nurses and Allies Stand by UK Nurses, Public Workers in Rallies in Six US Cities

More than 2 million public sector workers staged a nationwide strike, closing schools and bringing councils and hospitals to a virtual standstill in the UK on 30 November. National Nurses United led solidarity protests at British government offices in six cities and protesters were reminded of parallel threats to Social Security. Read the full press release below.

Photos and videos can be found here: