Equality and Dignity for All 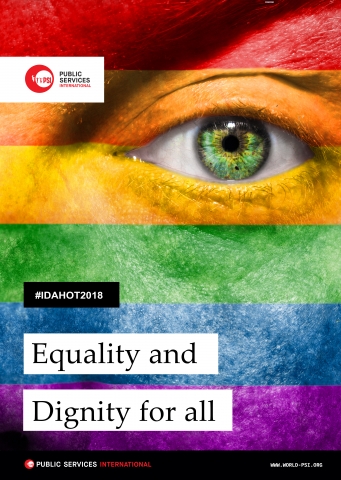 "To live happily, let's live in the closet": For millions of lesbian, gay, bisexual transgender and intersex (LGBTII) people, it's not just a privacy issue, but the only way to escape prison or to live full stop. #IDAHOT

17 May 2018 - International Day Against Homophobia, Transphobia and Biphobia

"To live happily, let's live in the closet": For millions of lesbian, gay, bisexual transgender and intersex (LGBTII) people, it's not just a privacy issue, but the only way to escape prison or to live full stop.

Admittedly, campaigns around the world have allowed these formerly oppressed minorities to win victories, pushing governments to legislate against discrimination. In 2017, almost one billion people around the world lived in one of the 25 countries that allow same-sex marriage. In the year 2000, it did not exist anywhere in the world. Still, same-sex relationships are considered a crime in more than 70 countries, sometimes punishable by death.

In the workplace, LGBTI workers continue, to varying degrees, to cope with mockery and violence, and to see their career progression blocked by their actual or perceived sexual orientation and gender identity. Discrimination is noticeable right from the job search. In Europe, where the legal framework is more favourable than in other parts of the world, one in eight says they have suffered because they are LGBTI, and the percentage goes up to 30% for transgender people. According to the European Union Agency for Fundamental Rights, a third of LGBTI people consider that disclosing their sexual orientation to their professional entourage can have a negative impact on their career, including in terms of their salary. For lesbians, the rejection behaviours are all the more violent because they combine homophobia and sexism.

Hiding an element of one's identity from one's colleagues can have terrible consequences, with many studies showing that the suicide rate is higher among the LGBTI population. And professionally, one is often less efficient and engaged in a team when focussing primarily on avoiding questions and personal allusions, with the fear of being "discovered", as shown by a recent study of Harvard Business Review.

All over the world, prejudices remain stubborn. Work places, whether private or public, are not yet sufficiently sensitized on the subject. Even companies that have developed a "diversity" policy often do not explicitly target the criterion of sexual orientation. There are still too few LGBTI trade union leaders, internal groups of LGBTI employees, or companies, public or private, directly involved in pride marches. Public service workers have an important role to play. It is up to them to offer a public service that is based on equality and respect for diversity, encouraging social and economic justice.

On the occasion of the International Day Against Homophobia, Transphobia and Biphobia, we would like to remind you that trade unions have a key role to play in combating prejudices and ignorance in the workplace and society. in general. LGBTI groups suffer from discrimination in the workplace, workers face exploitation, and migrants and indigenous people are victims of increasingly liberated speech racism. Two global trade union federations, Public Services International (PSI) and Education International (EI) have been at the forefront of this battle since 1999 to end discrimination, harassment and violence in the workplace.

It is only through solidarity that trade union representatives and employees in the private and public sectors will be able to face all kinds of oppression. Trade unions have a duty to help create more inclusive workplaces, including through collective bargaining. They must also take a stand, unequivocally, against attacks that challenge LGBTI rights, acquired after hard battles. And fight in their own ranks the stereotypes that remain.

Listen to the RadioLabour interview with Sandra Vermuyten, Head of Campaigns for Public Services International (Duration: 5'27")

Defending the rights of LGBTI people means defending universal values of equality and dignity for all. 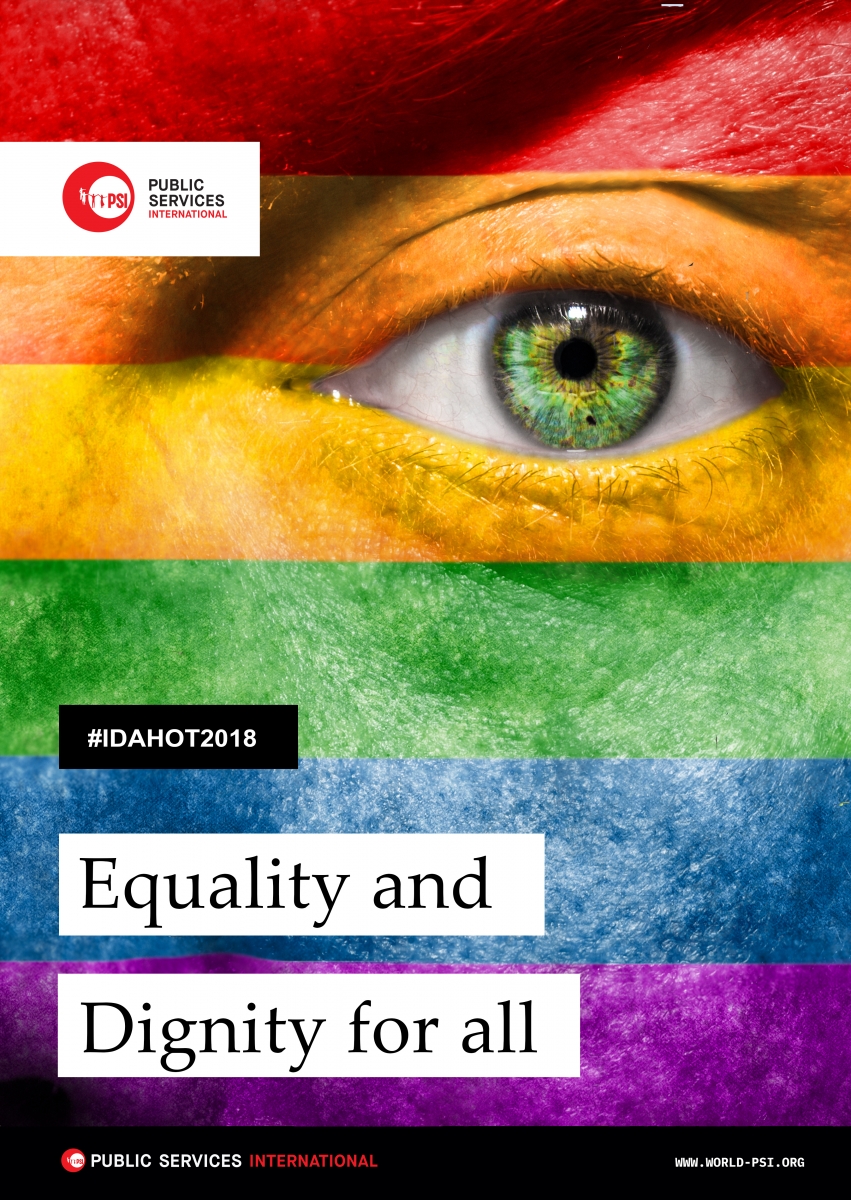 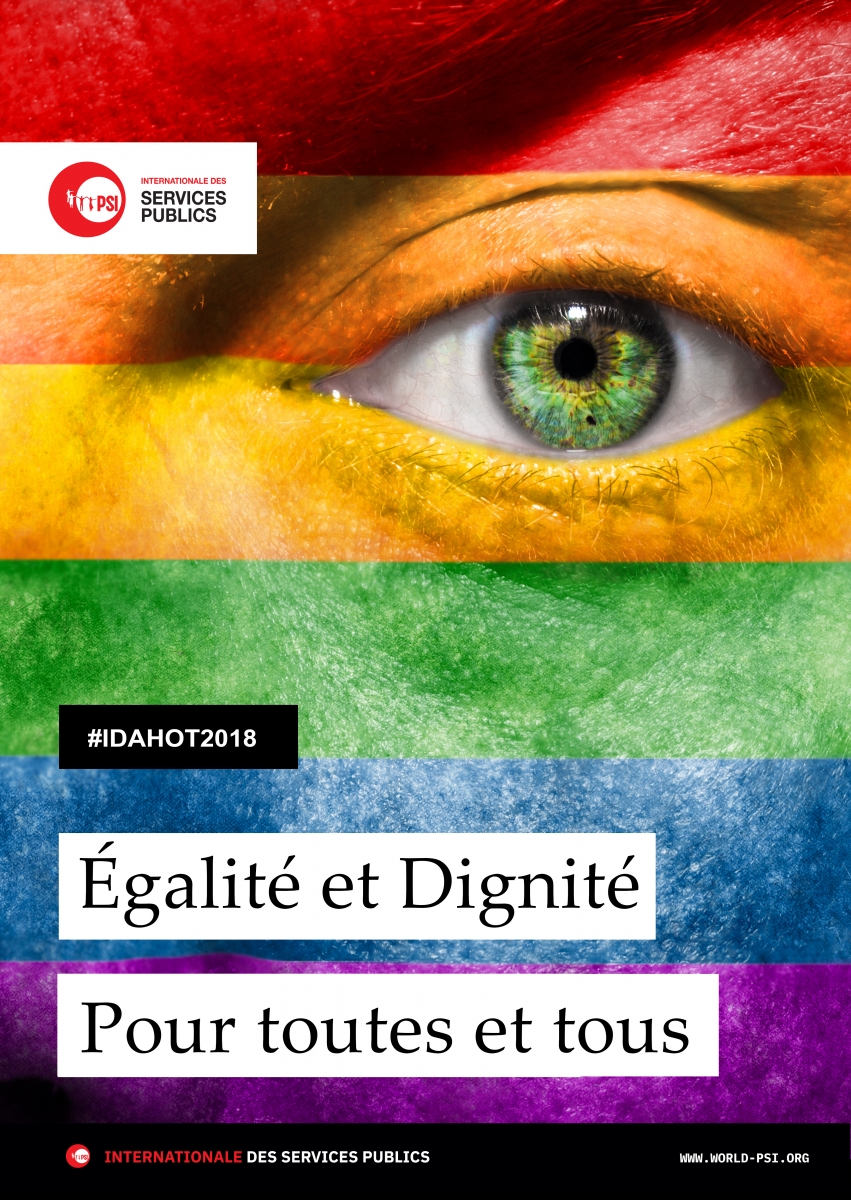 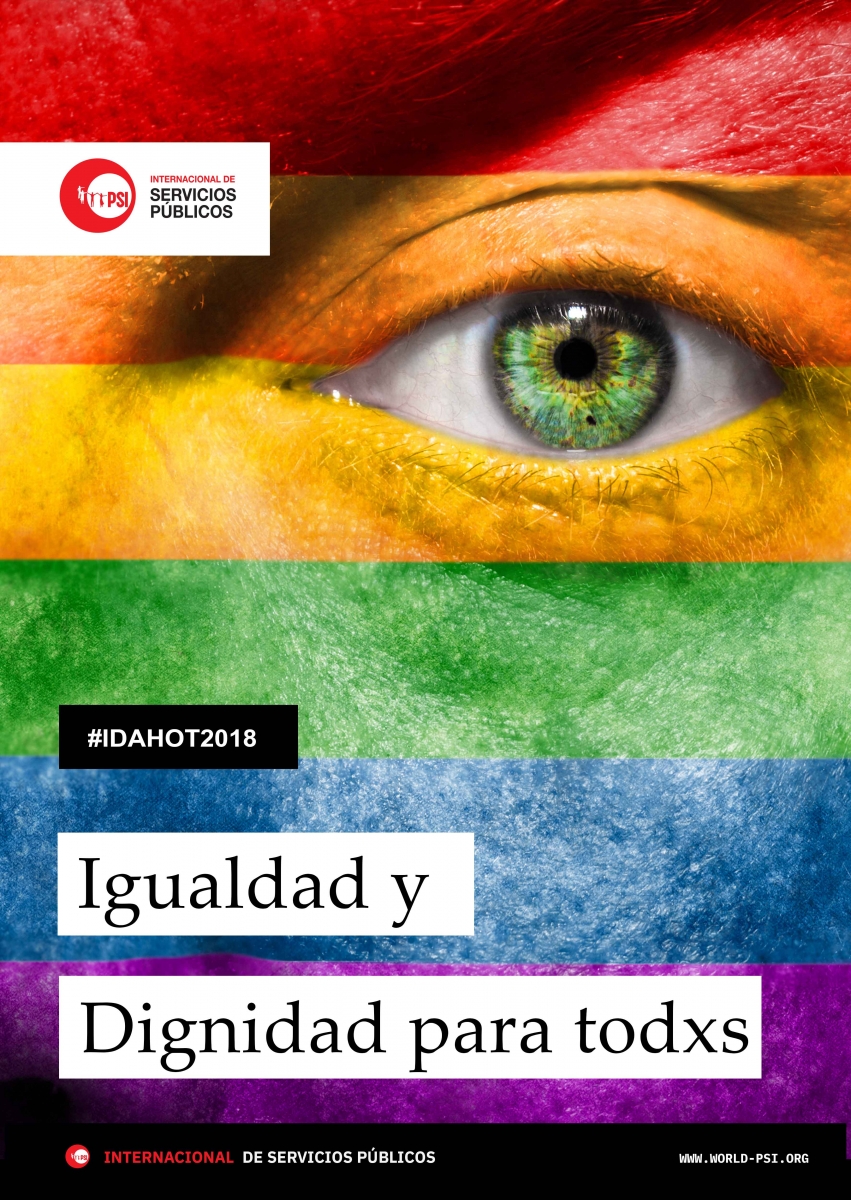