On 1st May, Danish public sector unions reached an agreement with public sector employers covering over 700,000 workers in local, regional and central government. 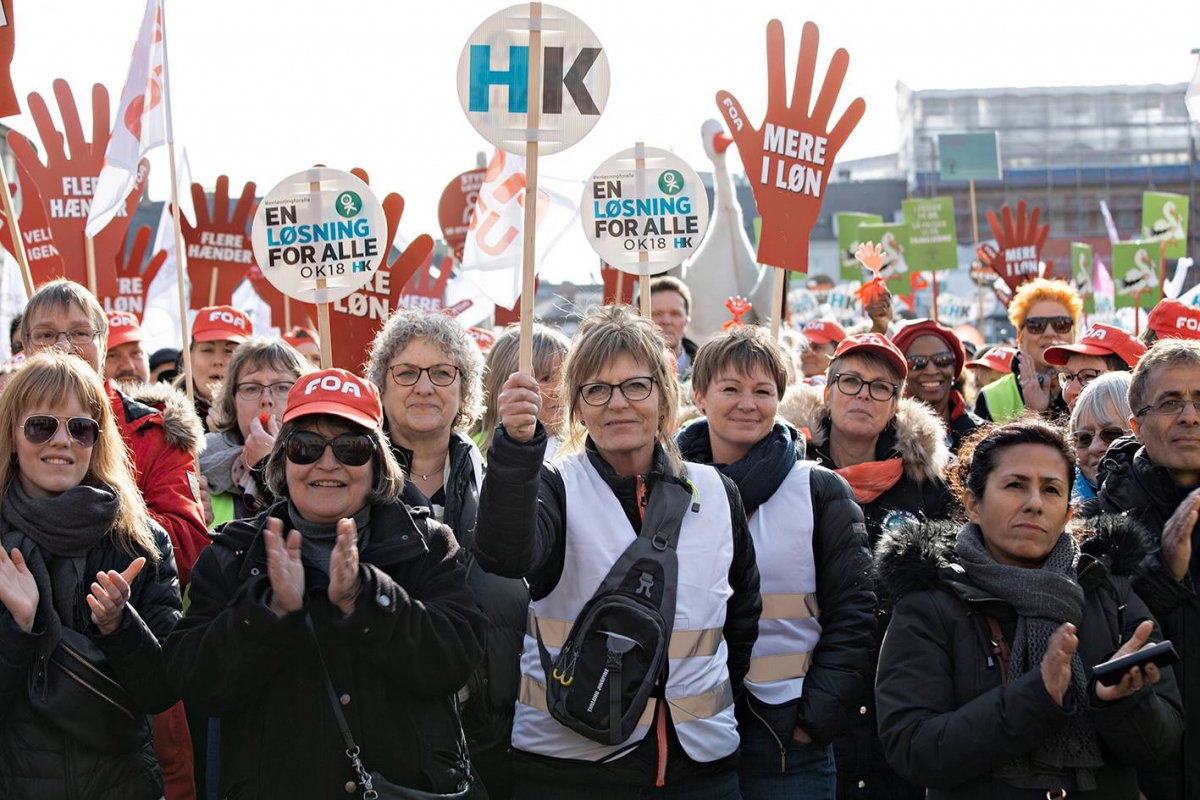 With the collective bargaining process ongoing since December 2017, the agreement has come to a positive conclusion after months of negotiations that featured peaks of tension, including strike and lockout warnings announced by the trade unions and the employers.

The first agreement was reached in the regional government sector, opening the way to a resolution. The municipal sector followed on 27 April and central government was last to conclude on May 1st.

Main highlights from the 3 agreements include:

Unions successfully bounced back from attacks on public sector workers’ rights and conditions, such as attempts to scrap seniority and count lunch breaks as non-working time.

Although negotiations over teachers’ working time did not yield to a final agreement, a joint commission will discuss and advance the next round of negotiations scheduled in 2021. Social partners are now in the process of fine tuning negotiations for each level of government, looking at wage increase allocations.

Danish public sector workers from all levels of government stayed united and massively mobilized in support of their unions throughout the negotiation process under the slogan “A solution for all”. Workers and unions received amazing support from Danish members and citizens during the whole time of the struggle.

In April, PSI Deputy General Secretary David Boys had send a support message to Danish affiliates and called on Danish government employers to come to a constructive agreement with the unions for the benefit of public service users and workers.